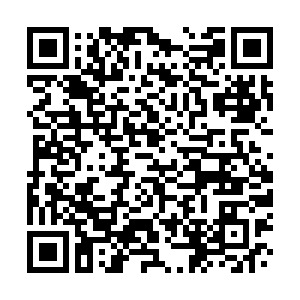 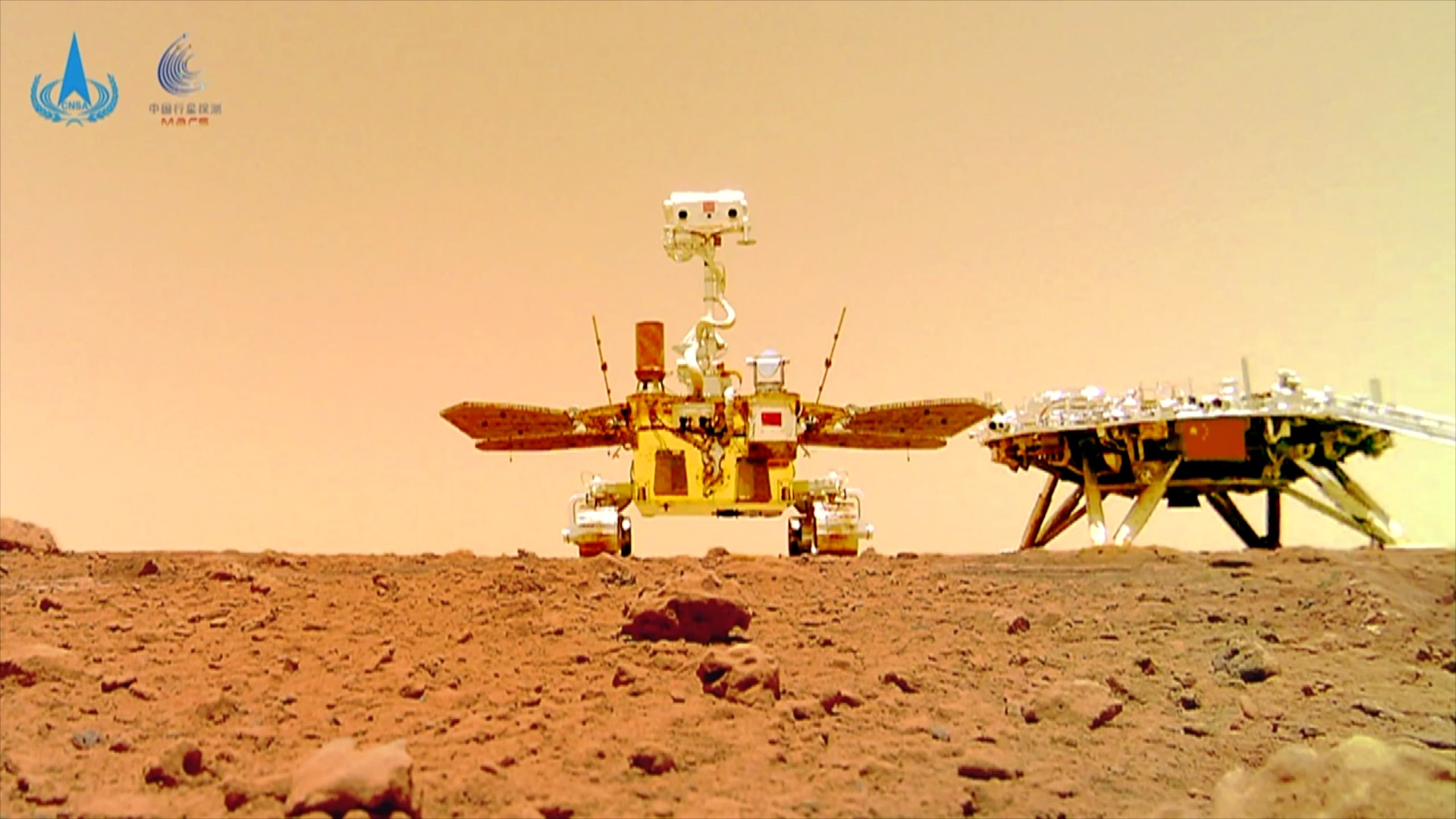 The China National Space Administration (CNSA) on Friday released images that were taken by the country's Zhurong Mars rover.

This panchromatic image, taken by the navigation terrain camera on the rover before leaving the landing platform, shows a flat area near the landing site. The horizon of Mars could be seen in the distance. The abundance and size of rocks in the landing site indicate good autonomous site selection and effective hovering and obstacle avoidance. 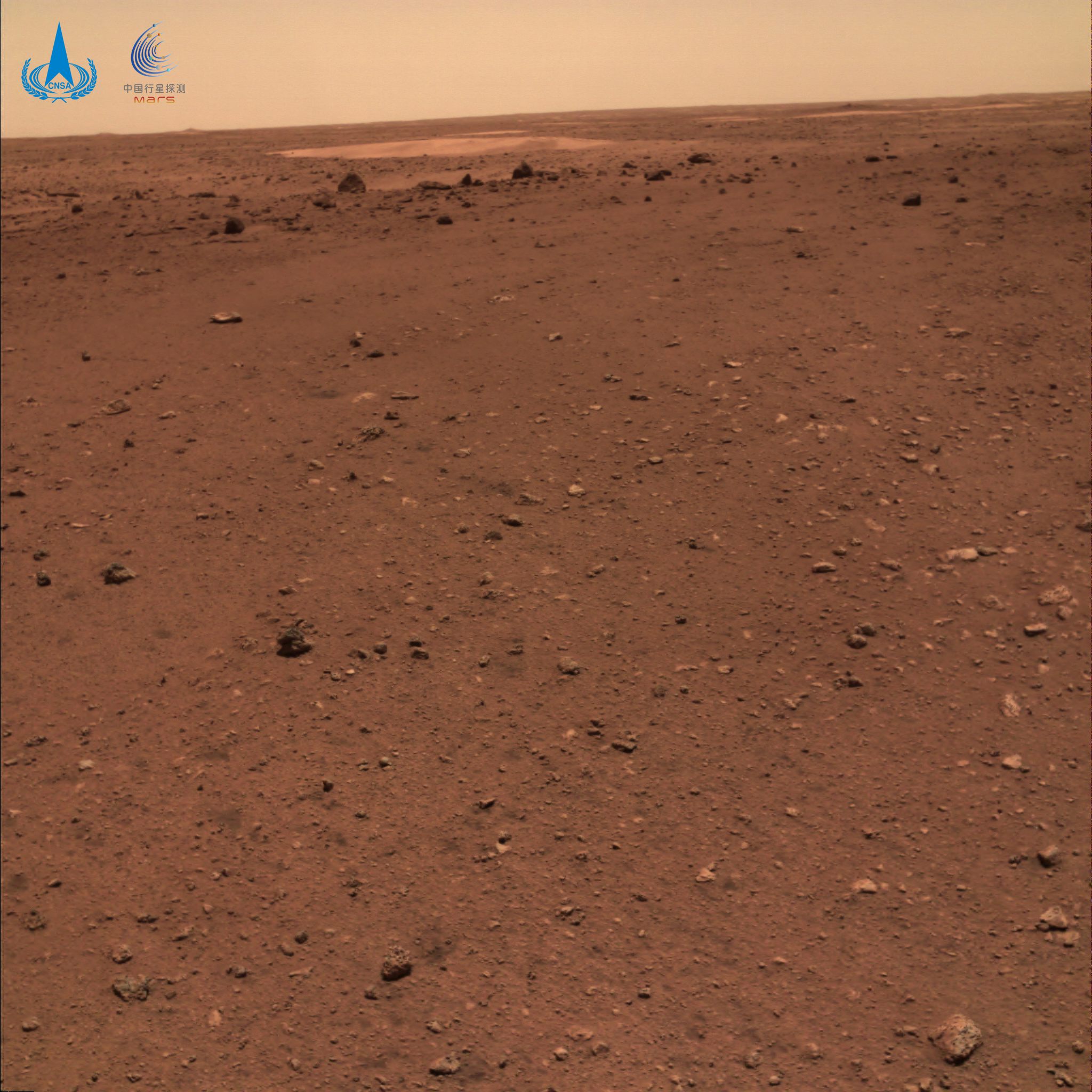 The Martian landscape image was the first landform image taken by the navigational terrain camera after the rover reached the surface of Mars. It shows a relatively flat terrain nearby. Rocks of different sizes, with smooth edges and light colors, are seen scattered and semi-buried. A circular pit can be seen with sharp-edge stones of darker colors. Further away are some sand dunes.

This image showing the landing platform was taken by the rover at a distance of roughly 6 meters away from the platform. China's national flag can be seen unfurled with brightness. 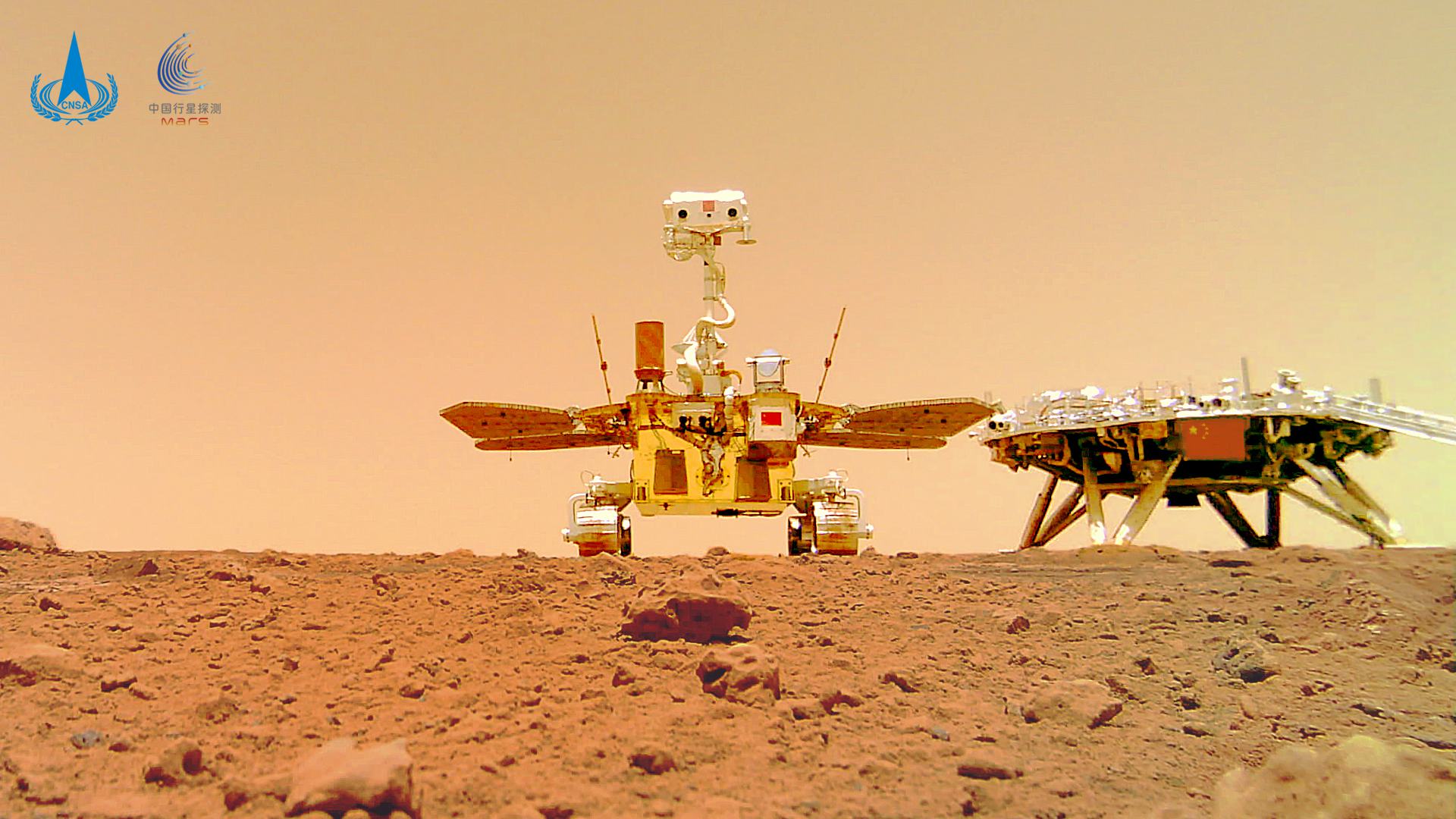 Selfie of the rover Zhurong (L) and the landing platform. /CNSA

Selfie of the rover Zhurong (L) and the landing platform. /CNSA

Here comes the selfie of the pair. The rover first moved about 10 meters to the south of the landing platform, separated the camera mounted on its bottom, and retreated to the side of the platform. The image was then taken and transmitted wirelessly to the rover, and finally sent back to Earth relayed by the orbiter in its orbit.

"Zhurong is very healthy and steadily making way to its designated targets every day. Since the touchdown on May 15, the rover has been checking out its own conditions as well as its surroundings; it has moved some 80 meters by now."

Adhering to an attitude of openness, sharing and cooperation for mutual benefits, China will release scientific data in a timely manner so that everyone can share the fruits of China's space development, said CNSA's Director Zhang Kejian.

China's first Mars mission, known as Tianwen-1, was approved in January 2016. After the launch last July, the probe carried out deep-space maneuvers as planned. As of Friday, the orbiter is in good condition in its relay orbit. The Zhurong rover has been working on the red planet for 28 Martian days.