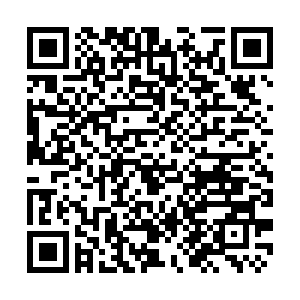 Chinese authorities voiced strong opposition and disapproval over the "Six-monthly report on Hong Kong" released by the UK government and urged the country to stop interfering in Hong Kong affairs and China's internal affairs.

A spokesperson for the Office of the Commissioner of the Ministry of Foreign Affairs of China in the Hong Kong Special Administrative Region (HKSAR) said in a statement on Thursday that the report distorted the truth, blatantly meddled with Hong Kong affairs and China's internal affairs at large and also trampled upon principles in international law and basic norms governing international relations.

The spokesperson said the UK had shown total disregard for the positive momentum in the Hong Kong situation and people's longing for peace and stability, and chosen instead to openly meddle with Hong Kong affairs on the pretext of human rights, democracy and the rule of law.

Meanwhile, it has turned a blind eye to the dark past of its colonial rule in Hong Kong, when Hong Kong people were never guaranteed genuine rights and freedoms back then, the spokesperson added.

The spokesperson also defended the implementation of "One Country, Two Systems", the fundamental measures of the national security law and the improvement of Hong Kong's electoral system, saying they have effectively restored order and stability to Hong Kong society and tranquility and freedoms to its people, as well as protected the political stability and safety of the HKSAR's body of power.

Separately, a spokesperson for the Chinese Embassy in the UK said Friday that the embassy had lodged solemn representations to the UK side over the report. The spokesperson said the "so-called 'China breaches the Sino-British Joint Declaration' is a non issue" and the allegation that the Chinese government "suppresses the rights and freedoms" of Hong Kong residents confuses right and wrong.

The spokesperson reiterated that the UK has no sovereignty, jurisdiction or right of "supervision" over Hong Kong and no foreign country has the right to take the Joint Declaration as an excuse to interfere in Hong Kong affairs.

"We once again urge the UK side to recognize the reality and major trend, respect China's sovereignty and unity, and stop any form of interference in Hong Kong affairs, which are China's internal affairs, so as to avoid further disruptions to China-UK relations," said the spokesperson.

The HKSAR government on Friday also expressed strong objections to the UK's report on Hong Kong.

A government spokesman said comments in the report smeared the national security law in the HKSAR and could not be further from the truth, adding that the UK government clearly adopted double standards.

Prosecutorial decisions made by the Department of Justice are based on evidence, applicable laws and the Prosecution Code, and cases are handled with the same benchmark irrespective of the political beliefs or background of defendants, the spokesman said, adding that the constitutional duty of judges, in the exercise of their judicial power, is to apply the law and nothing else.

The HKSAR government also voiced firm opposition to "misleading" claims by some foreign politicians concerning the improvement to Hong Kong's electoral system. The improvement to the electoral system is both timely and necessary, and the HKSAR government is committed to ensuring elections are conducted in a fair, just and open manner, the spokesperson said.

The Chinese Foreign Ministry on Friday added its condemnation, saying the report was driven by strong ideological bias.

"The report also proudly cites a series of acts by the British side to meddle in Hong Kong affairs and undermine the prosperity and stability of Hong Kong, which is disgraceful," spokesperson Wang Wenbin said at a regular press conference.

Wang said that the UK claims to care about Hong Kong's democracy and Hong Kong residents' rights, but really aims to mess up Hong Kong, and meddle in Hong Kong's politics and China's domestic affairs.

He urged the UK to abide by international law and the basic norms of international relations, face squarely the reality that Hong Kong has returned to the motherland for 24 years, abandon colonial nostalgia and do more to promote China-UK ties, instead of the opposite.