Download
Graphics: How has the coronavirus magnified racial discrimination in the U.S.?
CGTN 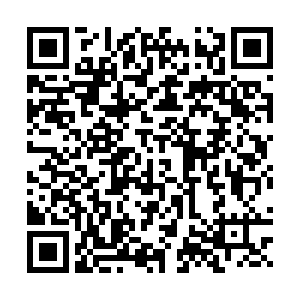 The COVID-19 pandemic has created both a public health crisis and an economic crisis in the United States, the world's largest economy, posing twin threats to lives and livelihoods.

As of Thursday, there had been more than 33 million confirmed COVID-19 cases and more than 590,000 deaths, the largest number in the world. With less than 5 percent of the global population, the U.S. accounts for nearly one-fifth of confirmed cases and 16 percent of deaths worldwide. 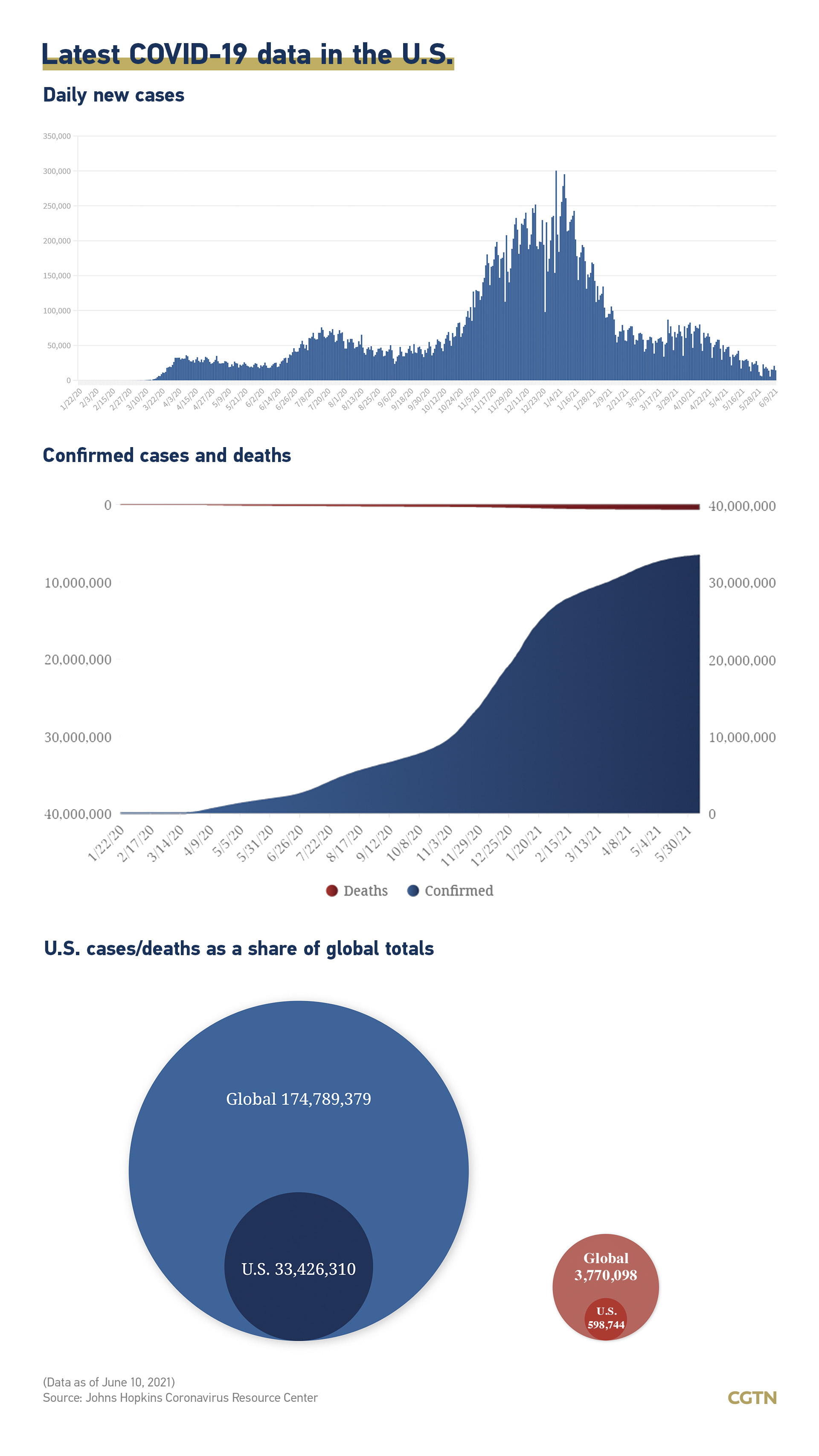 On the public health front, the COVID-19 crisis has had differential impacts on various racial and ethnic groups in U.S. society. Inequities in income and wealth, healthcare access and utilization, education, occupation, discrimination and housing are interrelated and put some racial and ethnic minority groups at increased risk of contracting and dying from COVID-19.

Amid widespread vaccination in the country, the fully vaccinated rates for Hispanic or Latino and Black people are far less than their proportion of the total population. 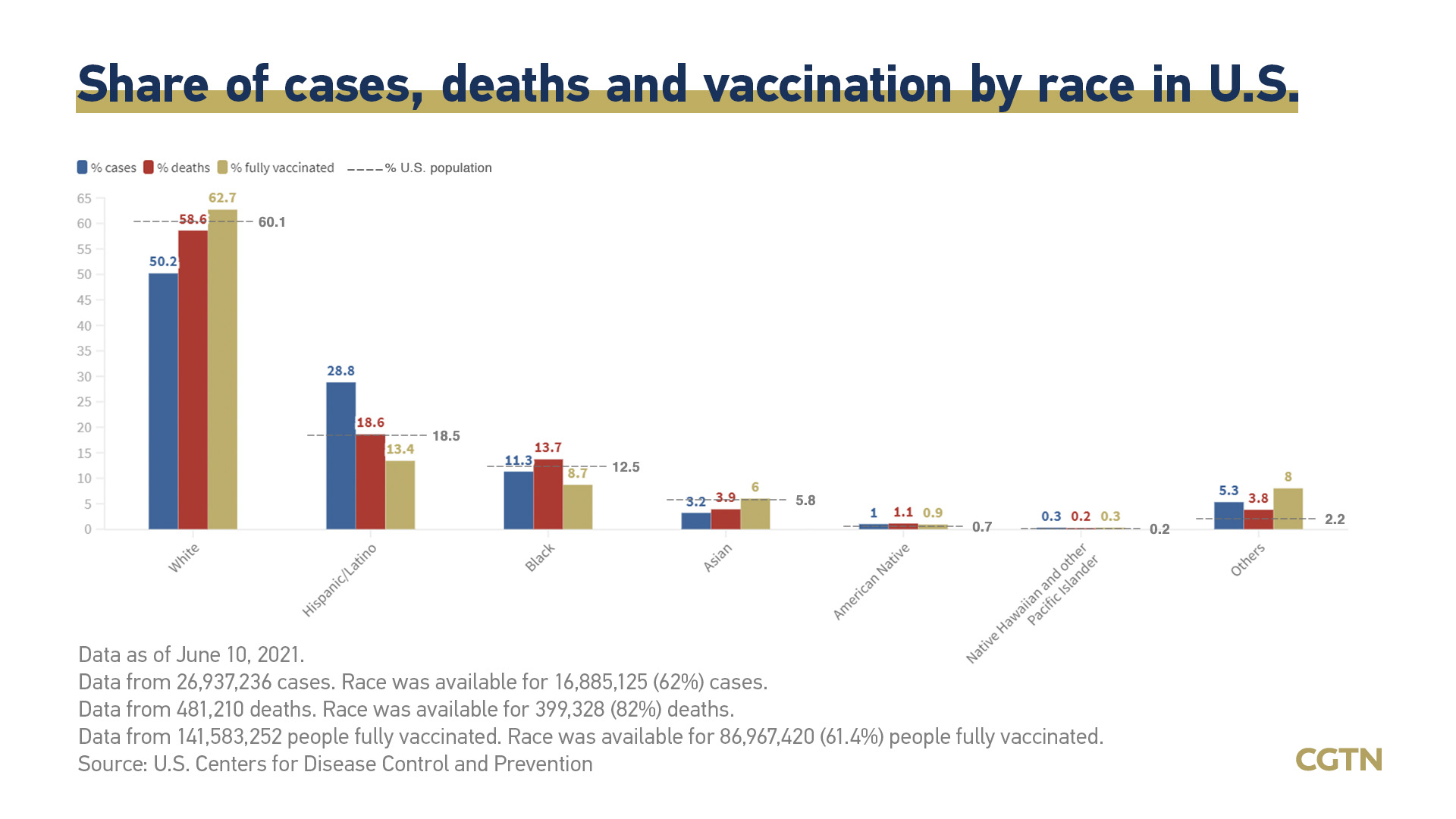 The pandemic also ended years of declining rates of food insecurity in the U.S. – the lack of access to sufficient food to maintain healthy and active lives and the lack of the resources to obtain more food. 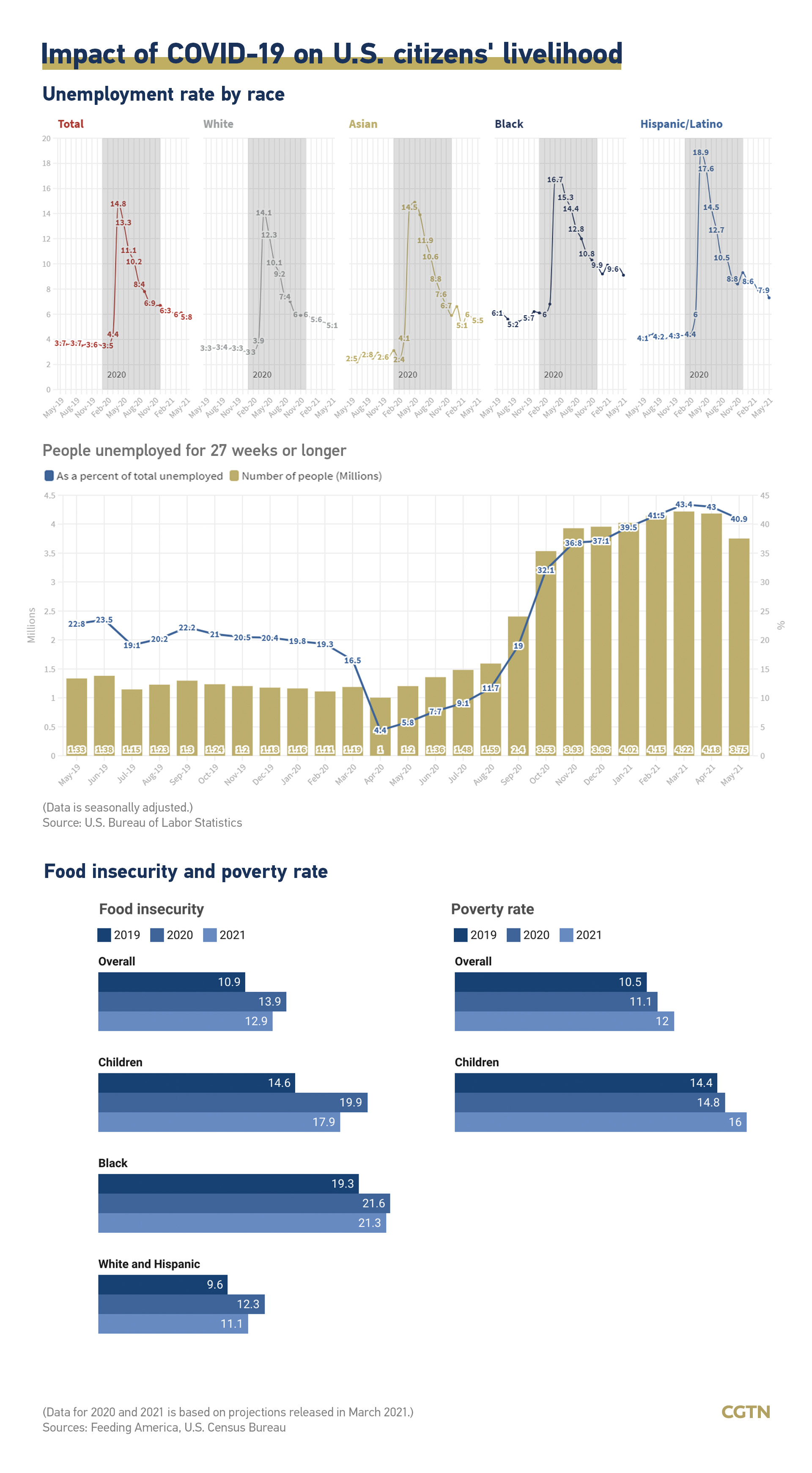 The significant racial disparities are also apparent in the underlying factors that contribute to food insecurity.

As of last month, 41 percent of the nation's unemployed had been out of work for more than 27 weeks. While the overall poverty rate in 2019 was 10.5 percent, poverty among white individuals was 9.1 percent compared to 18.8 percent for Black individuals and 15.7 percent for Hispanic or Latino individuals.

Meanwhile, Asians living in the U.S. have become scapegoats for the U.S. government's poor response.

Analysis released in March by the Center for the Study of Hate and Extremism at California State University based on hate crimes in 16 of America's largest cities shows that while crimes triggered by racial hatred in 2020 decreased overall by 7 percent, those targeting Asian people rose by 149 percent. 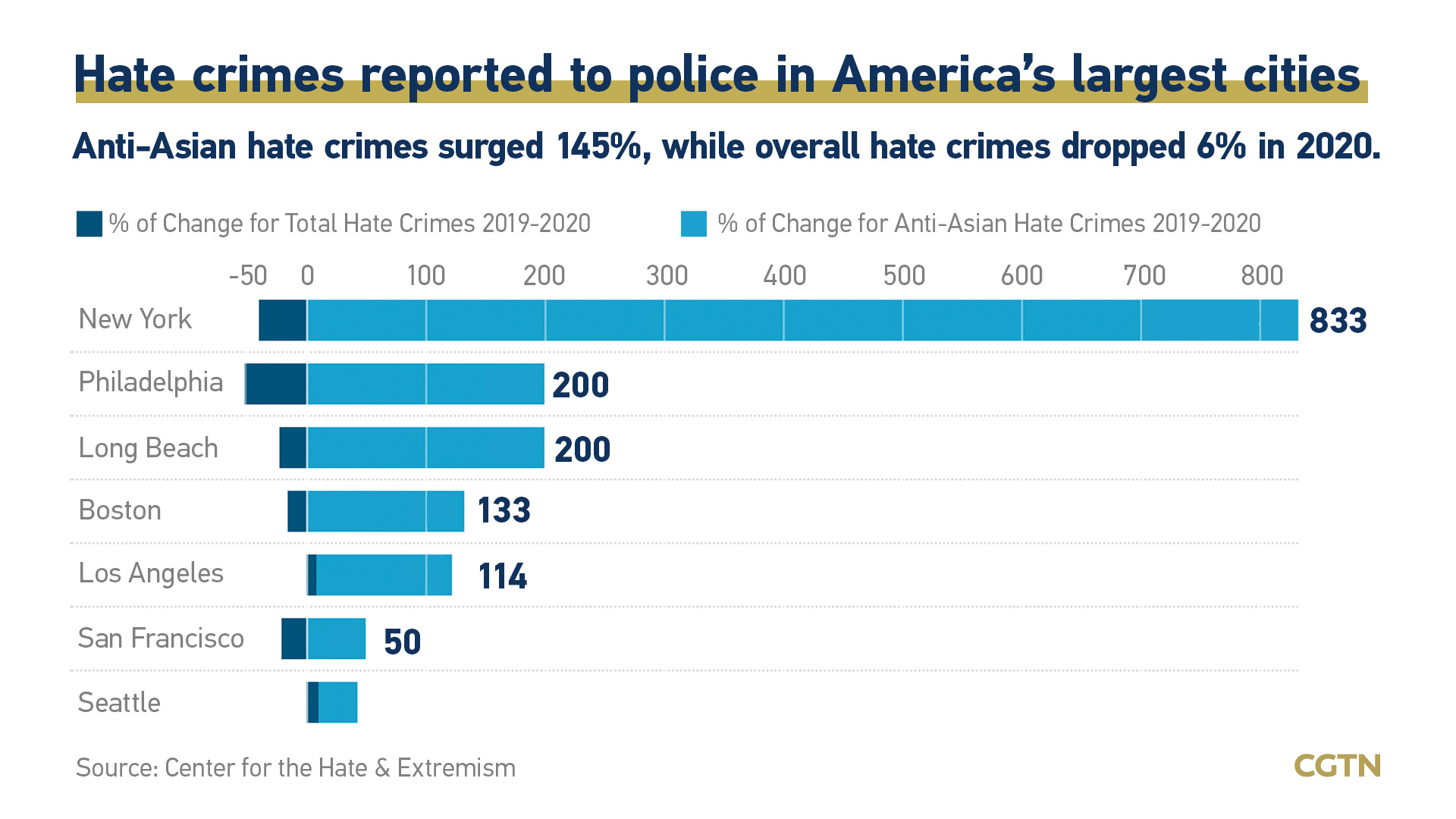