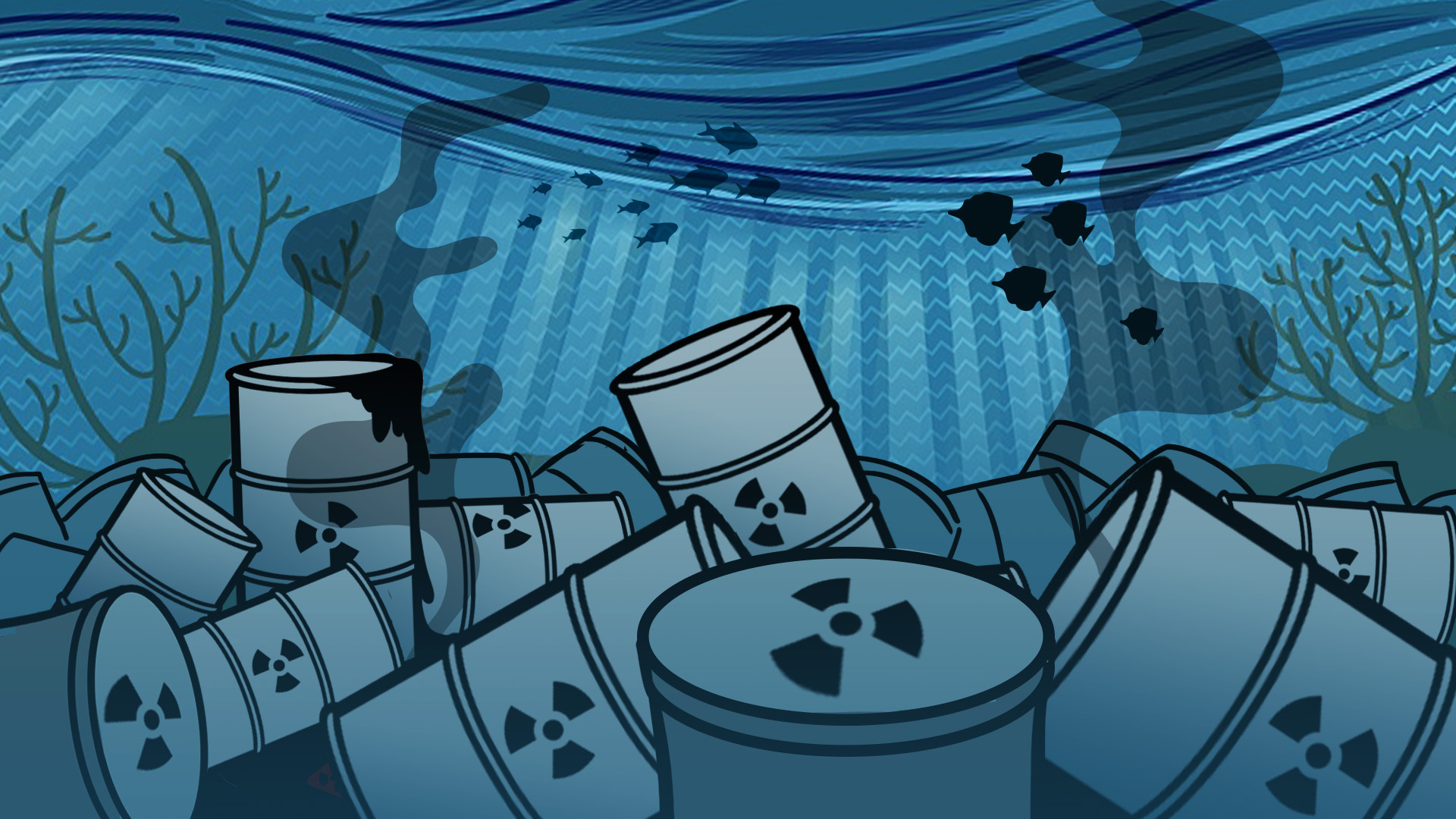 Ten years have passed since a powerful earthquake struck Japan's eastern coast and triggered one of the worst nuclear accidents in history. Over the past decade, Japanese government officials and scholars have debated on how to treat the radioactive wastewater left in the aftermath of the Fukushima Daiichi nuclear disaster, which has accumulated to over one million tons.

Japan's plan, which looked to dilute the contaminated water and pump them into the Pacific Ocean, drew swift condemnations from neighboring countries and environmental organizations. Kazue Suzuki, an energy campaigner at Greenpeace Japan, said the government's decision has discounted radiation risks and looked over the fact that enough storage space is available in Fukushima and surrounding districts.

"Rather than using the best available technology to minimize radiation hazards by storing and processing the water over the long term, they have opted for the cheapest option, dumping the water into the Pacific Ocean," Suzuki said.

In March, a panel of UN experts said that Japan's nuclear wastewater poses major environmental as well as human rights risks, and any decision to discharge it into the Pacific Ocean cannot be an "acceptable solution." The panel also pointed out that there's a lack of meaningful public participation in the decision-making process, especially the populations and communities who are most affected. 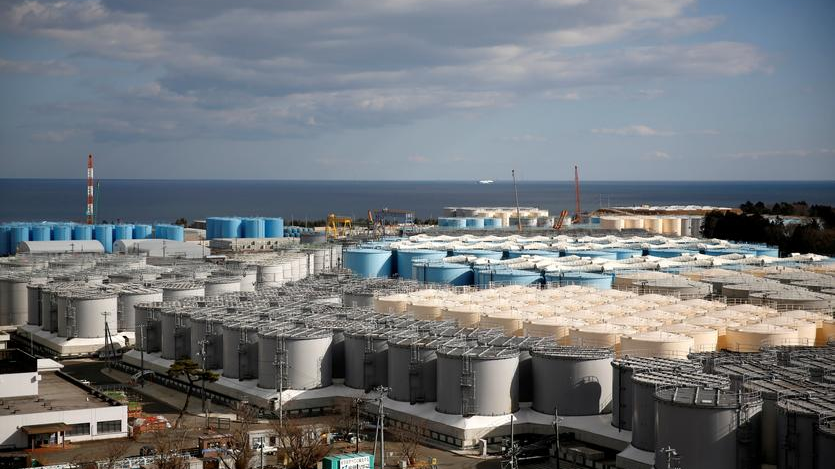 The Japanese government insists that radioactive elements in the water will be treated and diluted to safe levels before releasing. So far, this plan has received support from the International Atomic Energy Agency (IAEA), which points out that other countries have done so in the past. Besides, Japan's allies, including the U.S., have also back Tokyo's decision.

The assurance buys little confidence among Pacific nations, whose economies depend heavily on the environment of the ocean. In a statement rebuking Japan's decision, the Republic of Marshall Islands government pointed out that its entire nation consists of coastal communities whose primary food source comes from surrounding marine life.

Sheila Jack Babauta, House member of the Commonwealth of Northern Mariana Islands, said the Pacific Ocean already faces major threats such as unregulated commercial fishing and the activities of the U.S. military, which have severely damaged the environment of the ocean.

"We are part of the Pacific, we are intimately connected to the ocean, and therefore, we must be included in all decisions that impact ocean health, ocean sustainability, and ocean recovery," Babauta told CGTN. "The dumping of nuclear waste is extremely irresponsible and disrespectful to our Pacific Ocean."

Since the dawn of the nuclear age, people of the Pacific island countries have suffered the horrific consequences of nuclear experiments carried out at their doorstep. Continued exposure to radiation has caused many survivors of the initial blasts to develop different types of illnesses, most commonly cancer and reproductive health issues. Even today, their descendants are still suffering the effects of radiation.

In the early days of the Cold War, Western nuclear powers began conducting nuclear tests in the central and southern Pacific. The first recorded dumping operation took place in 1946 at a location in the northeastern Pacific Ocean, about 80 kilometers off the coast of California.

Between 1946 and 1970, the U.S. dumped about 90,000 barrels of low-level radioactive contaminants of the Atlantic, Pacific and Gulf coasts. One of the primary sources came from the nuclear weapons experiments carried out in the Republic of the Marshall Islands (RMI). 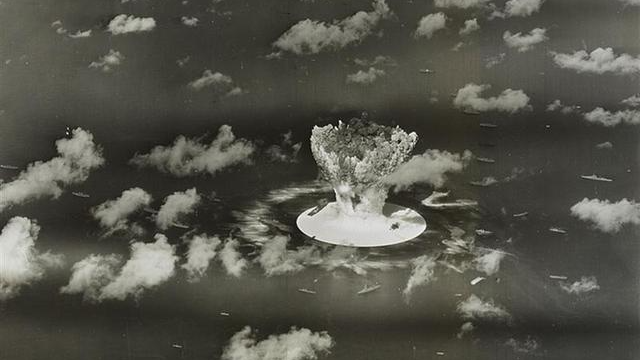 A mushroom cloud rises with ships below during Operation Crossroads nuclear weapons test on Bikini Atoll, Marshall Islands in this 1946 handout provided by the U.S. Library of Congress. /Reuters

A mushroom cloud rises with ships below during Operation Crossroads nuclear weapons test on Bikini Atoll, Marshall Islands in this 1946 handout provided by the U.S. Library of Congress. /Reuters

The U.S. detonated dozens of nuclear devices in a series of nuclear weapons tests at several test sites sprawling across the atolls of RMI between the 1940s and 1950s, including in the air and underwater. The detonations vaporized at least three atolls - ringlets of islands made of coral - and rendered many more uninhabitable.

Ocean dumping of nuclear waste continued to be carried out by Britain, France, and others until 1972 when growing public pressure worldwide gave birth to the London Convention, which prohibited the practice.

"The threat of nuclear contamination continues to be of significant concern to the health and security of our Blue Pacific continent," said Henry Puna, Secretary General of the Pacific Islands Forum, in an address to the IAEA earlier this month.

"Our 50-year history as the Forum has been overshadowed by our nuclear legacy issues, which continue to impact affected communities today, and we should not accept anything less."

Over the past decades, countries around the world have worked on alternatives in treating nuclear waste. Currently, China is building a massive underground laboratory to research disposal technologies for high-level radioactive pollutants in a remote region in Gansu Province.

Wang Ju, vice-president of the Beijing Research Institute of Uranium Geology, told China Daily in April that the lab will be constructed 560 meters below ground and provide critical support in the disposal of such materials.

"We cannot just reap the benefits of nuclear energy and worry about cleaning up its waste later," said Wang. "Development and safety are equally important, and both have always been the two paramount priorities in China's nuclear energy strategy."