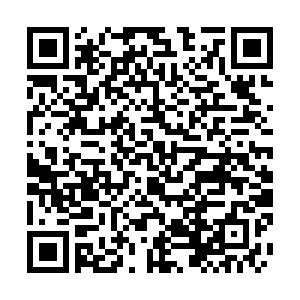 Dialogue and cooperation should be the mainstream of relations between China and the United States, Yang Jiechi, a senior Chinese diplomat, told U.S. Secretary of State Antony Blinken in a phone conversation on Friday.

Yang said China is committed to securing non-conflict, non-confrontation, mutual respect and win-win cooperation with the U.S. as well as staunchly safeguarding its own sovereignty, security and development interests.

"We urge the U.S. side to follow the spirit of the phone call between the two heads of state on the eve of the Chinese New Year, and work with us to advance the Sino-U.S. ties to return to the right development trajectory," added Yang, a member of the Political Bureau of the Communist Party of China (CPC) Central Committee and director of the Office of the Foreign Affairs Commission of the CPC Central Committee.

The Taiwan question concerns China's sovereignty and territorial integrity and involves China's core interests, he added, reiterating there is only one China in the world and Taiwan is an inalienable part of China.

Yang urged the U.S. side to stick to the one-China policy, honor its words and deal with the Taiwan region in a prudent way so as to maintain overall Sino-U.S. relations and safeguard the peace and stability of the Taiwan Straits.

'There is only one international order'

He added there is only one set of rules, which are the basic norms governing international relations based on the purposes and principles of the UN Charter, not the so-called rules made by a small number of countries.

Peaceful development, fairness, justice, democracy and freedom are the common values of humanity, and respecting sovereignty is the prerequisite for guaranteeing human rights, a principle that has been stipulated in the UN Charter and the Universal Declaration of Human Rights, he said.

The U.S. should address grave violations and abuses of human rights within its borders, instead of arbitrarily interfering with others' domestic affairs under the guise of human rights issues, Yang added.

The Chinese side firmly refutes any ugly moves to smear China and shift the blame of the COVID-19 pandemic to China, Yang said, adding that China is gravely concerned about the "absurd" theory of the virus leaking from a Wuhan lab that he said was fabricated by some in the U.S.

"We urge the U.S. side to respect facts and science, not to politicize the origin tracing and to focus its attention on international cooperation on the fight against the pandemic."

China will soon celebrate the 100th anniversary of the founding of the CPC, and the Chinese people, under the leadership of the CPC, will build a more prosperous country and realize the great rejuvenation of the Chinese nation, Yang said.

Blinken said that recent engagements between the U.S. and China have been beneficial for bilateral ties, and the U.S. is looking forward to having more engagements and communications at different levels with China.

He added that the U.S. pursues a one-China policy, abides by the three joint communiques, and hopes to maintain communication and coordination over major international and regional issues with China.