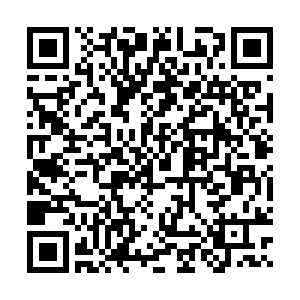 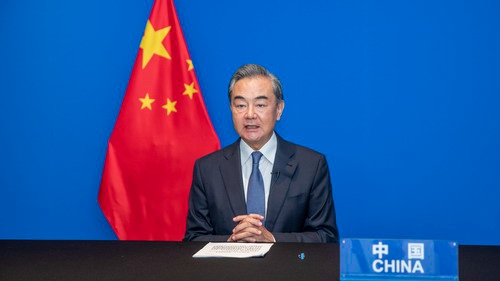 Addressing the Conference on Disarmament in Geneva via video link, Wang said the world should be committed to win-win cooperation and reject the Cold-War mentality and zero-sum game mindset.

Efforts should be made to strengthen the authority and effectiveness of the multilateral disarmament mechanism with the United Nations at the core and discard exceptionalism and double standards, he said.

To achieve lasting security, the international community should address today's security challenges on the one hand and tackle potential threats to security on the other, he stressed.

Wang called for joint efforts to safeguard global strategic stability in promoting nuclear disarmament. He reiterated China's call for "fair and reasonable" nuclear disarmament is an effort to reduce nuclear weapons towards a "downward balance" gradually.

The five permanent members of the UN Security Council – the United States, Russia, China, the UK and France – should jointly affirm that "a nuclear war cannot be won and must never be fought," he said, calling for further cooperation and dialogue to enhance strategic mutual trust.

China will continue to propose that the five nuclear powers should sign an agreement to pledge "no-first-use" of nuclear weapons to each other, said Wang.

China opposes certain countries' development and deployment of regional and global anti-missile systems that affect strategic stability, and opposes the deployment of land-based intermediate-range missiles in the neighboring region of other countries, he said.

Wang urged countries across the world to observe international arms control treaties. Parties to the Treaty on the Non-Proliferation of Nuclear Weapons should advance the three major goals of the treaty – nuclear disarmament, nuclear non-proliferation and peaceful use of nuclear energy – in a balanced manner, he said.

Relevant parties should support the development of the verification mechanism of the Comprehensive Nuclear Test Ban Treaty and make efforts for the treaty to take effect at an early date, he said.

China calls on relevant countries to fulfill their obligations under the Convention on the Prohibition of the Development, Production, Stockpiling and Use of Chemical Weapons and on Their Destruction, he said.

Wang added that after joining the Arms Trade Treaty, China will deepen cooperation with other countries in combating the illicit transfer of conventional arms.

The Chinese diplomat called on relevant parties to resolve non-proliferation issues in the Middle East and on the Korean Peninsula through negotiations.

Commenting on the diplomatic efforts to revive the 2015 Iran nuclear deal (officially known as the Joint Comprehensive Plan of Action (JCPOA)), Wang described the deal as a "key pillar of the international nuclear non-proliferation regime and peace and stability in the Middle East."

"The unilateral bullying acts of the United States are the root cause of the Iranian nuclear issue," Wang said. "To return to the deal, lifting sanctions on Iran first is the natural thing to do."

He said China remains committed to resolving the Korean Peninsula nuclear issue through dialogue and consultation. The U.S. and the Democratic People's Republic of Korea (DPRK) should "follow a dual-track approach and take phased and synchronized actions" to move toward the goals of complete denuclearization and the establishment of a permanent peace mechanism on the peninsula, he added.

Denuclearization talks between Washington and Pyongyang have stalled since the collapse of a summit between Trump and DPRK leader Kim Jong Un in Hanoi in February 2019.

The Global Initiative on Data Security proposed by China aims to address the common concerns of all parties, and provides a constructive solution for protecting data and cyber security in the world, he said, adding that China is willing to work with relevant sides to formulate global rules on digital governance.

"Emerging technologies are double-edged swords," Wang said. "While making the best possible efforts to prevent weaponization of such technologies, we must also avoid obstructing their peaceful use and international cooperation."

"In particular, we must reject the attempt of a certain country to impose a technology blockade under the pretext of national security," he added.

China is considering proposing a draft resolution at this year's UN General Assembly to promote the launch of an inclusive, transparent and equitable international process at the UN to address the relationship between non-proliferation and peaceful uses in a more balanced way, the diplomat said.

Wang also underscored China's support for the establishment of a verification regime of the Biological Weapons Convention, noting that COVID-19 has highlighted the new challenges of biosecurity governance.

China urges the U.S. to stop "being the only one that stands in the way of negotiations for a legally binding protocol on verification," he said.