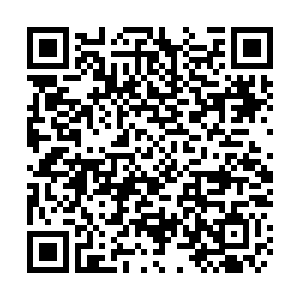 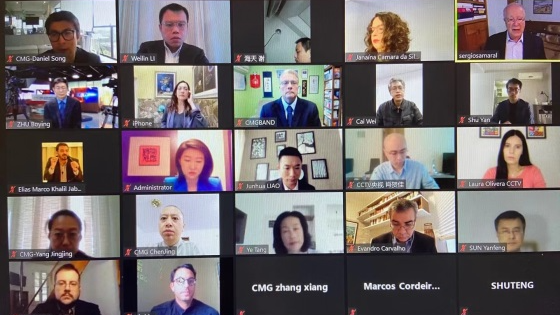 China Media Group (CMG) Latin America, together with Band Group (Grupo Bandeirantes) and Radar China, jointly held the seminar "Panorama China – Past, Present and Future" on Friday. The virtual meeting brought together experts from different areas to discuss issues related to China and the China-Brazil relations.

In his speech, the ambassador and president-emeritus of the Brazil-China Business Council (CEBC), Sérgio Amaral, spoke about the exchange of knowledge between Brazil and China and highlighted positive points in the relationship between the two countries. "In the field of commerce, there has always been the dominant presence of agribusiness. This is due to a very simple reason: solidity of the economic relationship. There is great complementarity in the two economies", he stressed. For the ambassador, it is necessary that more and more Brazilians have their own perspectives on China and, in this sense, he congratulated the holding of the seminar. 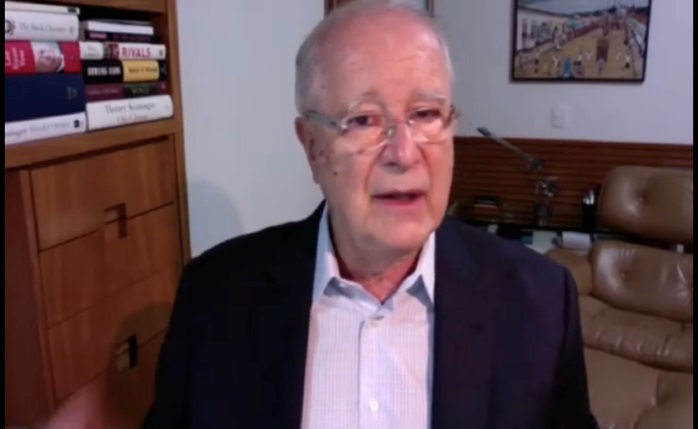 Ambassador and president-emeritus of the CEBC Sérgio Amaral speaks at the virtual seminar, June 11, 2021. /CMG

Ambassador and president-emeritus of the CEBC Sérgio Amaral speaks at the virtual seminar, June 11, 2021. /CMG

The first panel was dedicated to the history of China. The historian from the Fluminense Federal University (UFF), master in economics and doctor in law from the People's University of China, Gaio Dória, addressed the issue of building socialism with Chinese characteristics. During his speech, he highlighted dozens of points that contributed to the country becoming the power it is today. "China has had the greatest political development in the last four decades. The strength of all this belongs to the Communist Party of China", he said, referring to the 100 years of the party that changed the country's history, putting it in an intense process of modernization.

In the same vein, the director of the China-Brazil Research and Business Center, Ronnie Lins, also commented on the contributions China made under President Xi Jinping's leadership. Among the various goals proposed by the five-year plan that were fulfilled, Lins highlighted a great achievement: the eradication of poverty.

Also in the first panel, the professor of the Graduate Program in Economic Sciences at the State University of Rio de Janeiro, Elias Jabbour, spoke about the formation of China's economic projects, in which both the Communist Party of China and the Chinese governance are pillars of national development. Deputy director of the Chinese Institute of Contemporary International Relations for Latin American Studies, Sun YanFeng, also spoke about "The View of Brazilian Friends on China" and shared his personal and academic experiences.

The second panel addressed issues related to current China. Adjunct professor at the Institute of Economics and the Postgraduate Program in International Political Economy (PEPI) and coordinator of LabChina (Laboratory of Studies in Political Economy of China), at the Federal University of Rio de Janeiro, Isabela Nogueira, spoke about "Industry 4.0 in China" and mentioned the country's growth driven by innovation. According to her, China is a country that actively invests in technologies. "Innovation-driven growth means taking the lead in technological standards and having a growing group of global brands," she exemplified. "The more people using it, the more value the technology has."

Marcos Costa Lima, associate professor at UFPE in the Department of Political Science in the area of International Economic Policy, in turn, spoke about "China in the world and in multilateralism". Afterwards, Bruno de Conti, professor at the Institute of Economics (IE) and researcher at the Center for Brazil-China Studies (CEBC), gave a lecture on "Technology and Digital Yuan", with an emphasis on the internationalization of the Chinese currency. For him, "The Renminbi internationalization process has already taken important and firm steps, but the journey is still long".

Finally, the last panel of the virtual meeting focused on the future of China. Among the main topics were "A New Global Order with Chinese Characteristics", by the visiting professor at the University of Foreign Affairs of China, Marco Freitas. In addition to him, Marcos Cordeiro, professor at UNESP - Faculty of Philosophy and Sciences of Marília, talked about post-Covid China and the country's role as a technological power and the dual circulation strategy, a model that aims to support the Chinese domestic market without neglecting of the global market. Professor at FGV Direito Rio and UFF, and Editor of China Hoje, Evandro Menezes de Carvalho, promoted a debate about the future of the country, whose processes should be perceived by lenses that prioritize local dynamics, including Chinese democracy and governance.