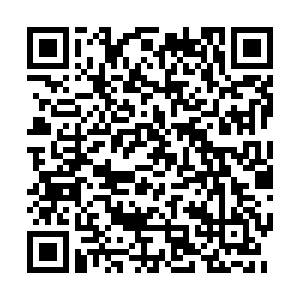 The Office of the Commissioner of China's Foreign Affairs Ministry in the Hong Kong Special Administrative Region on Saturday said it firmly upholds and supports the anti-foreign sanctions law.

The law was adopted at the closing meeting of a session of the Standing Committee of the National People's Congress of China on Thursday.

A spokesperson for the commissioner's office made the remarks in response to media inquiries about the office's view on the law.

The law is an urgent necessity in order to counter the hegemonism and power politics of some Western countries, the spokesperson said.

The law is also an urgent necessity to safeguard China's national sovereignty, security and development interests, and to coordinate both the domestic and overseas-related rule-of-law, adding that the legislation has important practical and long-term significance, the spokesperson said.

For a long time, some Western countries interfered in China's internal affairs by imposing illegal sanctions on related state organs, organizations and individuals on the pretext of upholding democracy and human rights, with the aim to curb China's development, which is a serious violation of international law and the basic norms governing international relations, the spokesperson said.

With reference to international common practice, China has formulated and implemented the anti foreign sanctions law, aiming at safeguarding China's sovereignty, security, and development interests, and protecting the lawful rights and interests of the Chinese people and organizations, the spokesperson said.

The spokesperson said the countermeasures stipulated in the law are essentially different from the "unilateral sanctions" and hegemonic behaviors by some Western countries, as the law does not target any specific country but only aims at an extremely minority of foreign entities and individuals damaging China's sovereignty, security and development interests.

Rather than hampering the legal operation of foreign companies, the law will facilitate China's further opening-up, the spokesperson said.

China will as always welcome foreign businesses, provide them with a predictable legal environment and a stable business environment, and protect their legitimate rights and interests, the spokesperson said.

The spokesperson said any external interference in China's internal affairs will be hit back by the Chinese people including Hong Kong compatriots, and any attempt to damage China's sovereignty, security and development interests by illegal unilateral sanctions and hegemonic actions is doomed to fail.