Download
The G7: What to expect
Mustafa Hyder Sayed 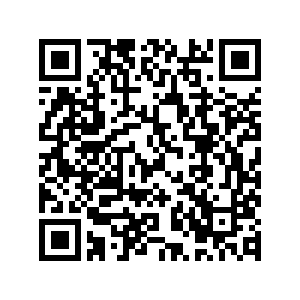 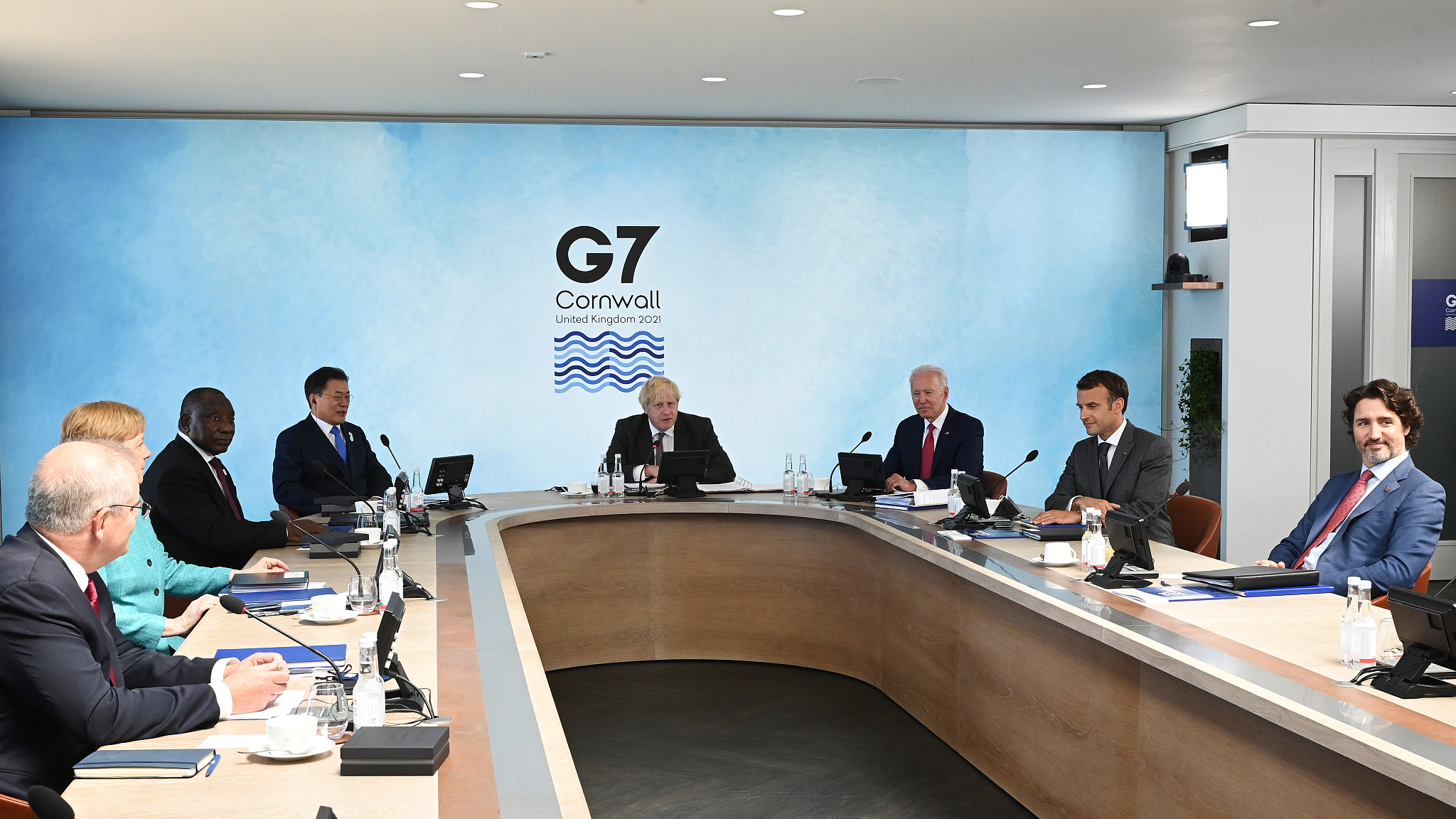 The G7 leaders are meeting in Cornwall, United Kingdom, with the backdrop of a pandemic, post-pandemic economic recovery, and a rising China. Biden's op-ed, "My trip to Europe is about America rallying the world's democracies," that was published in the Washington Post on June 5 ahead of his maiden trip abroad, mentions China and confronting China more than once. In his op-ed, Biden speaks of mobilizing and re-enforcing U.S. partnerships and alliances and leading with a "position of strength."

The problem with the G7 is, however, its very nature: exclusive instead of inclusive, unrepresentative of the world's largest economies like that of China and other emerging countries, and a Caucasian, Catholic club of traditional elites who once dominated the world with the military (and economic might).

Increasingly so, the G7 also appears to be a cohort of countries that do not want to accept changing realities of a new upcoming world order: where economic power and innovation is steadily shifting from the West to the East, and the status-quo elites want to cling on to their status of 5 decades ago, at all costs.

One of the key goals of the G7 meeting is the Clean Green Initiative (CGI) that it seeks to launch- which has been categorically stated to be an alternative to the Belt and Road Initiative. Why is CGI a non-starter? The Belt and Road Initiative (BRI), launched in 2013, is inclusive, based on mutual understanding, investment-based, and apolitical. Thus far, 140 countries have signed the MoU to cooperate in the BRI with China, including ones from Eastern Europe, all areas of Asia, Africa. In contrast, only North America and most of Western Europe (which the G7 represents) have voluntarily steered clear despite being invited by China to join it.

As expected, the G7 will be used as a coalition to attempt to confront and contain China and target the BRI, which adds to China's clout and provides countries an alternative source of financing and investment from the traditional Bretton Woods institutions. 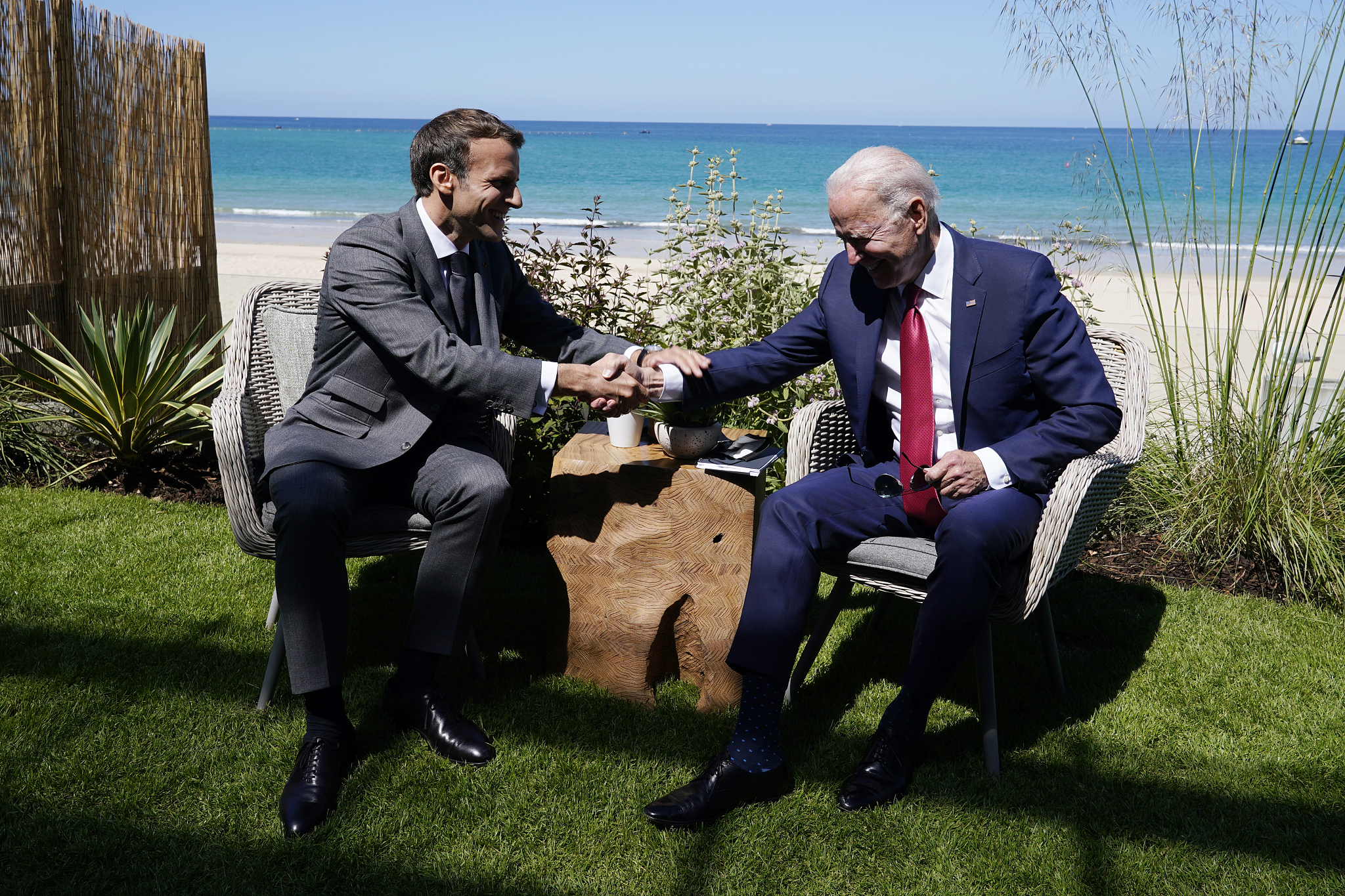 Biden, in his op-ed, mentions leading from a "position of strength" as he embarks for his G7 visit, as well as refers to a rules-based order, but what is missing in his narrative is that of leading with a moral high-ground, where principles precede politics, where leadership is leading by example.

Similarly, the same cohort of the G7 countries uses "democracy" and "democratic values" for their political ends. For example, the invasion of Iraq on the pretext of weapons of mass destruction by the U.S. and its allies, a majority of who are in the G7, despite UN's opposition, was illegal and a violation of international law.

In fact, Condoleezza Rice, the then National Security Advisor, later admitted in her book that there were no weapons of mass destruction found in Iraq. With a history of such foreign policy actions, what rules-based order and democracy are we talking about?

It is noteworthy that on the sidelines of the G7 summit, a so-called "Uygur Tribunal" is being carried out, for which the President of the World Uygur Congress, Dolkun Isa, has flown in to the U.K. Whilst the "Uygur Tribunal" has no legal standing or state backing, an attempt to amplify the "Xinjiang card" is evident. It is clear that a coordinated and choreographed effort to contain China is at play, whether it is through the Clean Green Initiative or the "Uygur Tribunal," and the consistent thread in the conference of the G7 leaders is very much targeting China.

The G7 represents in the truest sense what is known as the Global North. The leading economies of the world (except China) are part of the G7, and they have a responsibility to contribute to the development of the developing countries. The pandemic has proliferated poverty, and according to the World Bank's October 2020 press release, 150 million people could be added to "extreme poverty," and eight out of ten "new poor" would be in middle-income countries.

Instead of sanctioning a "new Cold War," the G7 should cooperate to address "vaccine nationalism" seen in their countries, make a unified effort to bridge the inequality in access to vaccines between the developed and developing countries, seek China's cooperation in climate change and research and development for preempting future pandemics and strengthen multilateralism and multilateral institutions like the United Nations and WHO.