The move comes after the ruling Liberal Democratic Party (LDP) and its junior coalition ally Komeito rejected the opposition parties' call for extending the current ordinary parliamentary session, which ends on Wednesday.

The ordinary session of Japan's National Diet convenes once a year, starting in January. The session lasts 150 days and can be extended once.

The main opposition Constitutional Democratic Party of Japan (CDPJ) and smaller opposition parties have called for extending the Diet session for three months to deal with the COVID-19 pandemic, but the ruling coalition said an extension was unnecessary.

CDPJ leader Yukio Edano announced the plan to submit the motion on Tuesday morning after a meeting with leaders of the smaller parties. 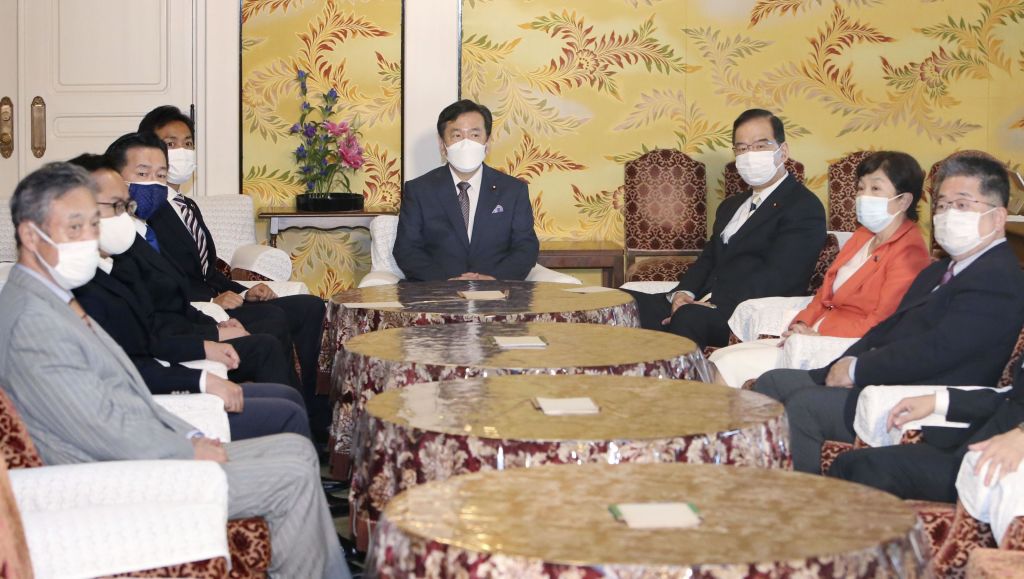 LDP Secretary General Toshihiro Nikai told reporters he will advise dissolving the House of Representatives for a general election to Suga if the motion is submitted.

Suga did not rule out dissolving the lower house of parliament on Sunday at a press conference following the end of the Group of Seven summit in Britain.

"(The election) could happen any time. But my top priority is dealing with the coronavirus," Suga said. "I want to bring back safety and security to the Japanese people as soon as possible."

Suga succeeded Shinzo Abe as leader of the LDP and Japan's prime minister in September last year after Abe resigned over health problems. Japan must hold the next general election before the current four-year term of lower house members ends on October 21.

Asahi Shimbun newspaper said on June 3 that Suga is likely to call a snap election after the Tokyo Olympic and Paralympic Games, but the plan has not been confirmed by government officials. The Olympics will open on July 23 and conclude on August 8, followed by the Paralympics from August 24 to September 5.