Download
Netanyahu out, Bennett in as Israel marks end of an era 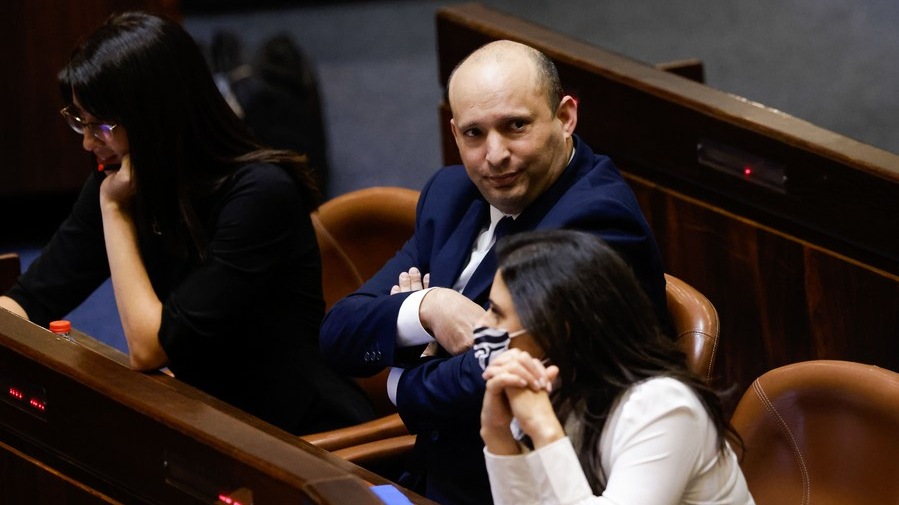 Naftali Bennett, leader of the right-wing Yamina party, was sworn in as Israel's new prime minister on Sunday night, relegating Benjamin Netanyahu to the opposition after a record 12-year rule.

This came after the new coalition government, headed by Bennett and Yair Lapid, leader of the centrist Yesh Atid party, was approved by the parliament, or Knesset, in a vote of confidence.