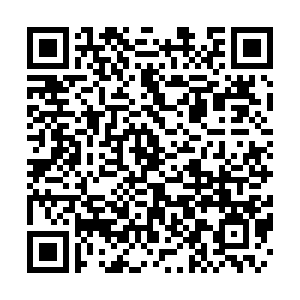 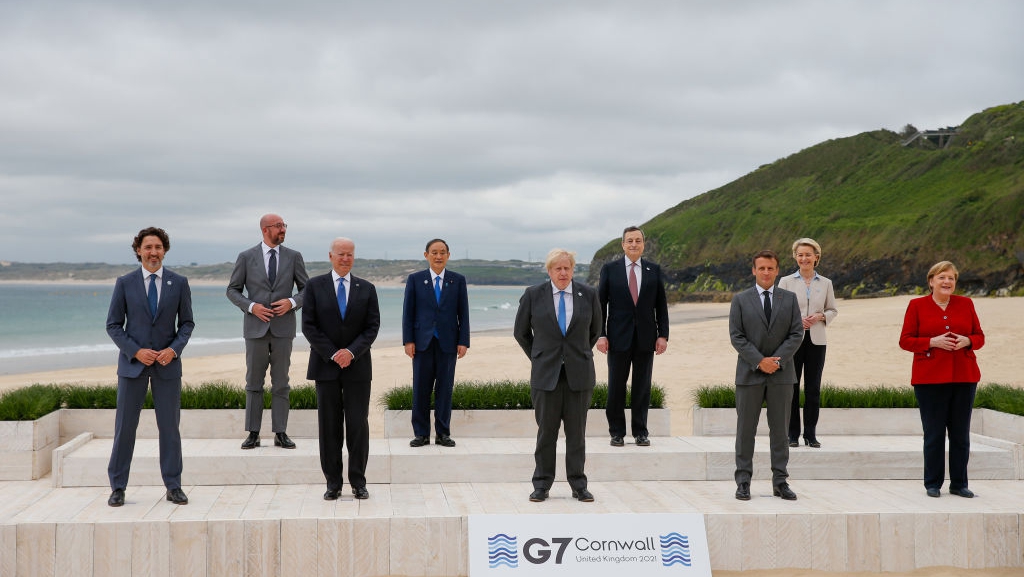 Editor's note: William Jones is a Washington policy analyst and a non-resident fellow of Chongyang Institute for Financial Studies, Renmin University of China. The article reflects the author's opinions and not necessarily the views of CGTN.

Leaders of the G7 club met in Cornwall, England, the heart of the old British Empire, with a gaggle of British Royals, including the Queen herself, hobnobbing with these leaders of seven major developed countries. Not the ideal setting for sending a message of "concern for the suffering masses" which the summit hopes to send to the world.

And while the "club" did issue a communique with a laundry list of tasks that they are committed to doing, it is very unclear if they have the ability – or the will – to accomplish any of them.

While the primary focus of the summit was on resolving the COVID-19 pandemic, the underlying issue was the increasing influence of China in shaping the future of the world.

U.S. President Joe Biden went into the conference determined to forge a "united front" of the G7 club to confront China. Judging from the communique, and sundry comments from observers, he was not terribly successful. Not all these countries view China as a "rival" much less as a "threat" as does the president.

Many of the G7 countries have benefited tremendously from their collaboration with China, not least of all countries like Germany and Italy. Even France's Macron, who Biden claims is "on the same page" as he, has found a great deal in common with the Chinese projects.

And yes, these seven countries do represent a majority of the developed world, but they by no means represent humanity at large. In the rest of the world, there is even greater skepticism about Biden's "crusade."

The G7, of course, tried to obfuscate the "exclusivity" of their "club," by inviting those other "democracies" like India, South Korea, South Africa and the ever-loyal Australia, in order to give the event a more "universal" character. As these countries did not sign the communique, it is difficult to say just how much they agree with its content.

But the big "bonanza" item of the conference was the gigantic (at least on paper), project for "confronting" China's Belt and Road Initiative (BRI). The project took its title from Biden's catch phrase, Build Back a Better World (B3W).

This project is meant to combine the commitments of the G7 plus the world financial institutions in helping finance infrastructure projects in the developing sector which are deemed more "transparent" and "market-oriented" than China's BRI. Police officers stand near a sign outside the media center on the first day of the G7 summit in Carbis Bay, UK, June 11, 2021. /Getty

Police officers stand near a sign outside the media center on the first day of the G7 summit in Carbis Bay, UK, June 11, 2021. /Getty

The new initiative will nevertheless be hounded by the same problems that the Third World development faced before the initiation of the BRI – it was primarily dependent on the will of private enterprises to invest.

As the financial system began to grow beyond all bounds and world debt far transcended the needs of the physical economy, private enterprise was no longer interested in long-term investment and infrastructure development went belly-up, even in countries like the United States.

While there are significant figures touted by the administration with regard to this B3W program, not one red cent has been appropriated, and as these countries go back to their own parliaments to get the needed allocation in a still COVID-ridden environment, they may find difficulties in getting money for major foreign investment.

Secondly, the G7 club ignored completely the overhanging world debt crisis. But raising the issue of reforming the over-bloated world financial system would no doubt have caused an immense outcry in this heart of the London financial world.

Ignoring it at the same time as the G7 is calling for a major issuance of new funding could lead to what everyone is now fearing – runaway inflation. Infrastructure investment can and should be made as the need is great, but the type of rigid controls on lending, similar to what China has done, or what FDR did with the Glass-Steagall firewall, have got to go hand-in-hand if the whole house of cards is not to come tumbling down through an inflationary spiral.

Perhaps the members of this exclusive "club" should go back to their own constituencies and talk to them about their needs and work to improve their situation before launching a "great crusade" against a system that works. And, by and large, the BRI has proven to be a system that does work for many people who have been left adrift by the club and its exclusivist interests.

By all means, let's launch a major offensive to overcome COVID-19, if not by 2023, then by 2025. And work together with China and with Russia, who have been in the forefront of that campaign even before Biden dusted off his presidential briefing book.

The time for geopolitics is over. The present crisis calls for solidarity and cooperation. The sooner the G7 group learns this fundamental lesson, the quicker the world will overcome the pandemic.