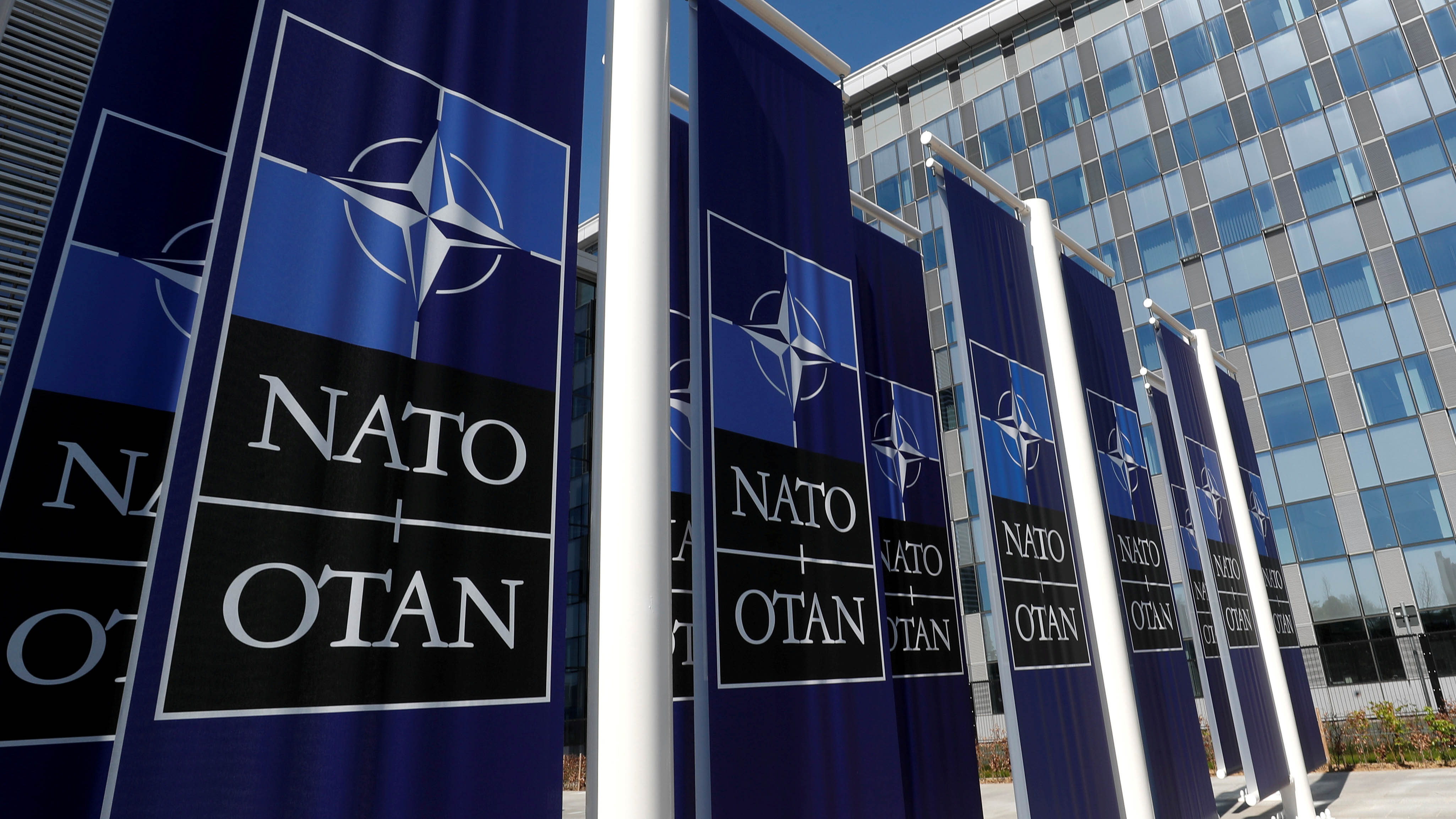 A spokesperson of the Chinese Mission to the European Union (EU) on Tuesday urged the North Atlantic Treaty Organization (NATO) to view China's development in an objective and rational manner and stop hyping up the "China threat theory."

The spokesperson made the remarks when responding to a question regarding the communiques published by NATO on Monday, which warned against a so-called systemic challenge posed by China and called out China for rapidly expanding its nuclear arsenal and its opaqueness in modernizing its forces. 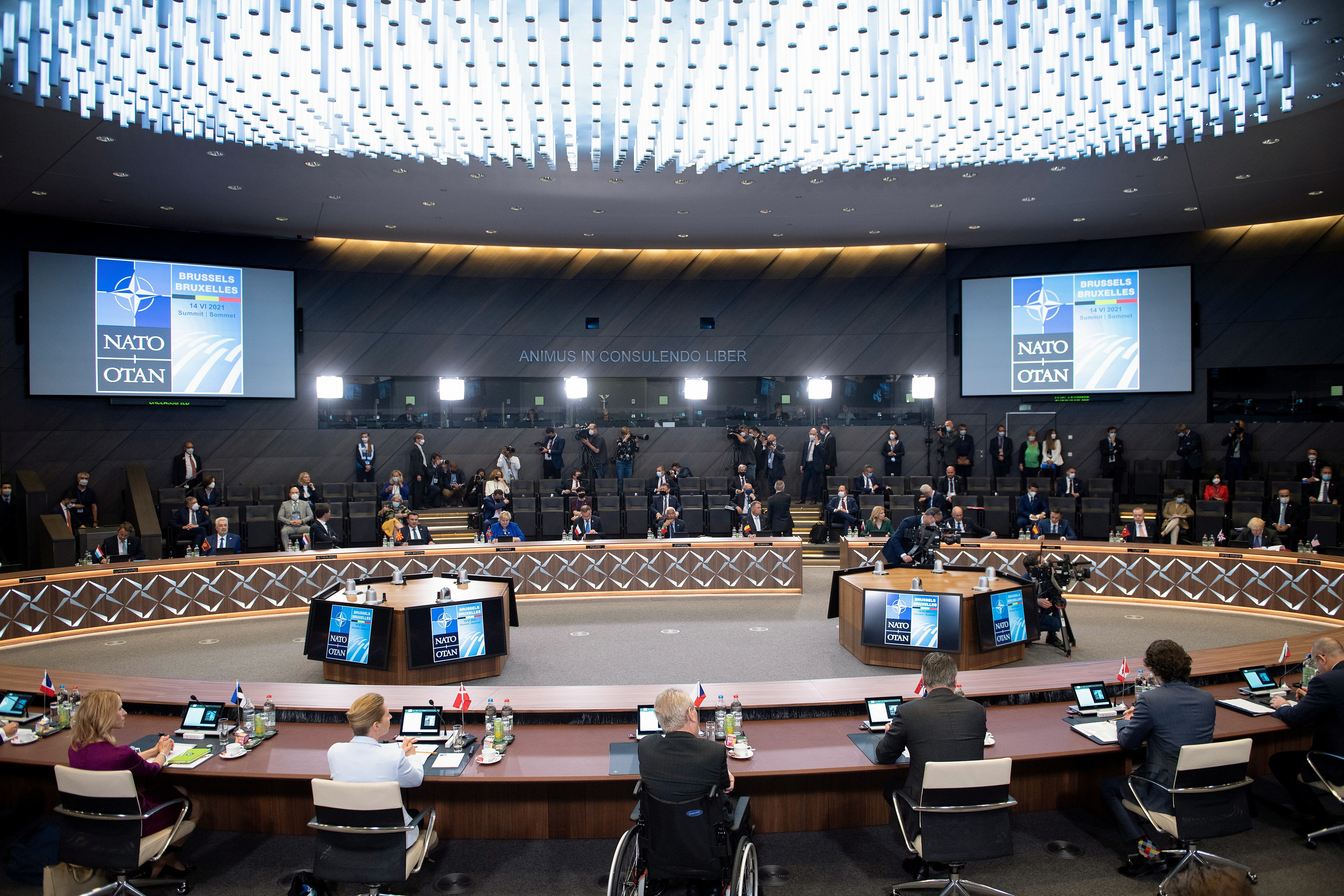 NATO heads of states and governments attend a plenary session at a NATO summit in Brussels, Belgium, June 14, 2021. /Reuters

NATO heads of states and governments attend a plenary session at a NATO summit in Brussels, Belgium, June 14, 2021. /Reuters

NATO's claim is a denigration of China's peaceful development, a misjudgment of the international situation and its own role and a continuation of the Cold War mentality and the psychology of "bloc politics," the spokesperson said.

"China unswervingly pursues a national defense policy that is defensive in nature and our military modernization is justified, reasonable and transparent."

The spokesperson said this year, China's planned defense spending will be about 1.35 trillion yuan ($209 billion), staying at around 1.3 percent of its gross domestic product (GDP), which is lower than NATO standards.

The 2021 military budget for NATO's 30 countries is expected to reach $1.17 trillion, accounting for more than half of global military spending and 5.6 times more than China, the spokesperson added.

"It is only too clear to the world whose military bases are all over the world and whose aircraft carriers are flaunting their force around."

There is an order-of-magnitude difference between the amount of China's nuclear weaponry and that of NATO, including the U.S., the spokesperson stressed, adding that the number of nuclear warheads in NATO member countries is nearly 20 times that of China.

China is committed to not first using nuclear weapons at any time or under any circumstances and pledge unconditionally not to use or threaten to use nuclear weapons against non-nuclear-weapon states or nuclear-weapon-free zones, the spokesperson reiterated while questioning whether NATO and its members, who are committed to "peace, security and stability," can make the same commitment as China does.

The spokesperson also reaffirmed China's commitment to peaceful development, noting the country has every right to uphold its sovereignty, security and development interests.

The spokesperson said China will pay close attention to NATO's strategic adjustments and its policy adjustments towards China. "We will not pose 'systemic challenge' to anyone, but if anyone wants to 'systematically challenge' us, we will not sit idly."

The spokesperson also urged NATO not to use China's legitimate interests and legal rights as an excuse to manipulate "bloc politics," create artificial confrontation and stimulate geopolitical competition.

"NATO should spend more energy on the right path of promoting dialogue and cooperation and do more to truly contribute to maintaining international and regional security and stability," the spokesperson said.