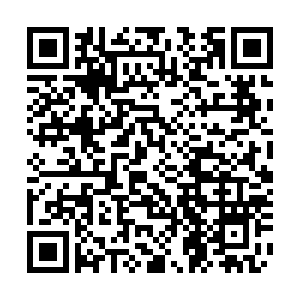 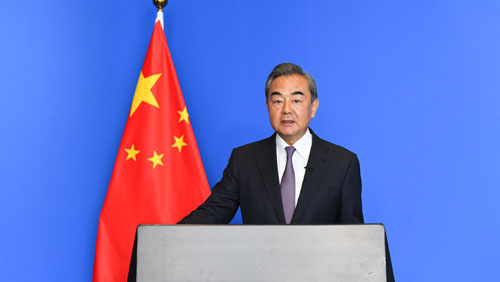 Chinese State Councilor and Foreign Minister Wang Yi called on the Shanghai Cooperation Organization (SCO) members to make joint efforts in building a closer SCO community with a shared future as Tuesday marks the 20th birthday of the organization.

He made the remarks when delivering a video speech at the reception of the SCO Day in Beijing.

The organization was first expanded in 2017 when India and Pakistan joined as full members. With its six founding members - China, Kazakhstan, Kyrgyzstan, Russia, Tajikistan, and Uzbekistan, the bloc currently has eight full members, four observer countries and six dialogue partners.

Invoking the "Shanghai Spirit," a set of values underpinning the SCO, Wang recalled the achievements of the SCO in the past 20 years and said that the past two decades saw the development of the organization in various areas.

Wang defined the two decades with the keyword "unity," saying that the SCO members have supported each other on issues concerning core interests and major concerns.

"Shared development" is another keyword. Wang highlighted the SCO members' cooperation in fighting against "three evils" and joint construction of the Belt and Road.

The "three evils," also called "three evil forces," refer to terrorism, separatism, and extremism. The concept was first defined in June 2001 during the first SCO summit.

In 2020, the joint economy of the member states reached $18.4 trillion and the mutual trade volume reached $6.2 trillion, 11 and eight times higher respectively compared with the early days of the SCO, according to Wang.

He also highlighted the spike in the cultural communication among the SCO members, saying that in 2019, before the COVID-19 epidemic, more than seven million visits were made between China and other member states, 3.5 times the number in 2001.

The contributions of the SCO in upholding multilateralism and promoting political solutions to hotspot issues were also pointed out by Wang.

The Chinese Foreign Minister then presented several proposals for the organization's future, calling on the member states to make greater contributions in promoting world peace and development.

He emphasized the importance of the "Shanghai Spirit," which features mutual trust, mutual benefit, equality, consultation, respect for diverse civilizations and pursuit of common development, saying that the SCO should set a new example of building a community with a shared future.

He said that the organization should strengthen exchanges and cooperation among the youth, women, think tanks and the media.

The SCO should shoulder new responsibilities for global governance, promote genuine multilateralism and uphold the common values of peace, development, fairness, justice, democracy and freedom for all humankind, he added.