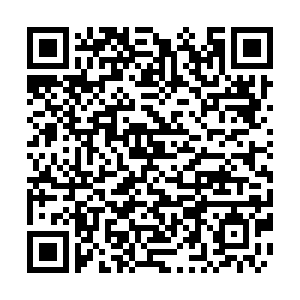 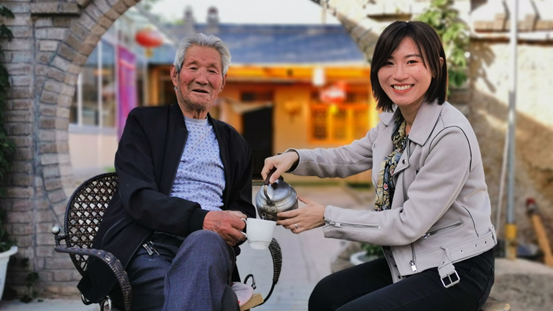 84-Year-Old Jiao Ruiyun lives in Longwangba Village of northwest China's Ningxia Hui Autonomous Region. Almost all his life he has been growing potatoes and vegetables, but then he decided to do the unthinkable: opening a homestay, when he was nearing retirement in his 70s.

"My wife and I run this homestay, and thanks to the business, we've saved some money, which's much better than farming," Jiao told CGTN.

Now taking care of the homestay is his new routine. But he doesn't need to do housekeeping, as younger and well-trained villagers come regularly. The idea of a homestay is part of a transformation project in the village.

Once you know the history of this village, you'll realize how big the changes are. The village is located in an area named "Xihaigu," where terraced fields are a defining feature.

"In the past, life was very difficult. I didn't have enough clothes for my children, they had no shoes, only socks. It was so bad," Jiao replied with a sigh when recalling the past.

The man who brought change to this village was Jiao Jianpeng. The son of the 84-year-old villager. He realized that agriculture may not generate enough income, so he initiated a renovation project, hoping to find a way out by developing tourism.

It was not easy in the beginning. Many villagers were not willing to rebuild their old houses. Even his father didn't agree with him at first. "I told my parents, you have to support me, otherwise how can you expect other villagers to trust me?" Jiao Jianpeng recalls.

"If we sell a chicken, it's only 60 yuan ($9.4). But if we cook it and sell the food, we can earn four times. Now, we have hotels and homestay services. One night's accommodation is equivalent to the income of one unit of land for almost a whole year.”

After seeing that the homestays could generate actual money, other villagers were convinced and decided to take part in the project.

Thanks to that, the village was taken off the poverty list in 2016 and is no longer referred to as "uninhabitable." Xiji County, which the village belongs to, became the last county in Ningxia to be lifted out of poverty in 2020.

The story of Longwangba Village is one example of China's campaign against poverty. China is home to nearly one-fifth of the world's population. Chinese President Xi Jinping announced in February 2021 that China has eradicated extreme poverty – 10 years ahead of schedule to meet the first target of the UN 2030 Agenda for Sustainable Development.