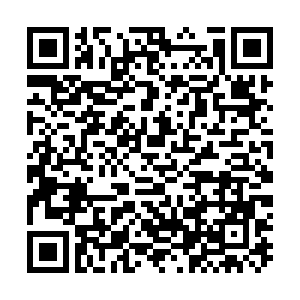 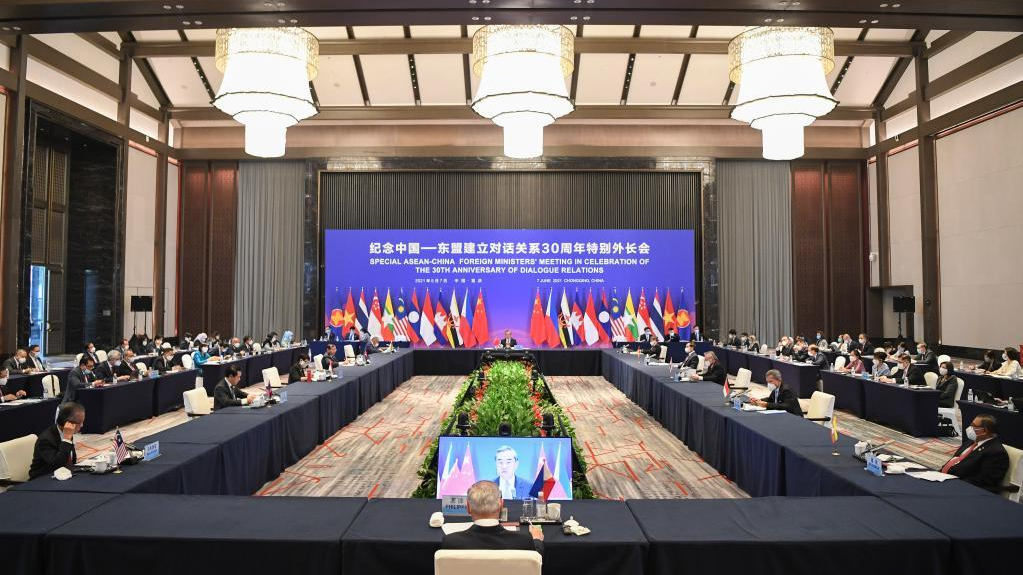 The Special ASEAN-China Foreign Ministers' Meeting in Celebration of the 30th Anniversary of Dialogue Relations is held in Chongqing, southwest China, June 7, 2021. /Xinhua

The Special ASEAN-China Foreign Ministers' Meeting in Celebration of the 30th Anniversary of Dialogue Relations is held in Chongqing, southwest China, June 7, 2021. /Xinhua

On May 25, a virtual meeting between Antony Blinken and foreign ministers of the Association of Southeast Asian Nations (ASEAN) was called off over a technical snafu, seen as a political slight by some members, after the U.S. secretary of state reportedly kept the top diplomats of the 10-member regional bloc waiting for 45 minutes as he was heading to the Middle East.

The U.S. State Department's refusal to respond to media questions regarding the cancellation of the planned interaction, and the fact that Washington hasn't any serving envoys in half of the ASEAN countries, additionally laid bare America's pseudo commitment to the association and refreshed memories of some U.S. administrations that shelved their official visits to the regional nations or snubbed the ASEAN summits consecutively.

Following Blinken's diplomatic gaffe, U.S. Deputy Secretary of State Wendy Sherman, during her recent trip, eulogized ASEAN centrality in the region to woo support for a provocative set of actions, including self-described rules-based international order, a free and open Indo-Pacific and human rights and democracy model, without giving a timeframe for vaccine delivery.

But the U.S.' dedication to the region was again met with incredulity as there's a growing suspicion in ASEAN that Washington was only paying lip service and the bloc had actually been dropped way down on the priority list of the Biden administration's foreign policy.

For ASEAN – grappling with fast-paced caseloads, partly fueled by new coronavirus variants in Asia, alongside vaccine shortage posing risks to health and economy – Blinken's episode was shocking, particularly when the White House had sent a delegation of senators to China's Taiwan in a military aircraft to announce a donation of 750,000 vaccines.

The differential treatment exposes Washington's claims it doesn't distribute vaccines for political favors or the U.S. donation, as U.S. President Joe Biden says, would come "with no strings attached," and accentuates Washington is seeking to exploit vaccines to influence states' policies, an allegation American officials routinely attributed to China.

Against the backdrop of the U.S.' aloof attitude toward ASEAN and detrimental activities in the Asia Pacific, ASEAN foreign ministers on June 7 met Chinese State Councilor and Foreign Minister Wang Yi in Chongqing and gained assurance from Beijing that it would do its best to provide vaccines and proposals to deepen cooperation on vaccine development and production, as well as peacefully handle issues of mutual concern including advancing consultations on the Code of Conduct in the South China Sea.

China has already delivered 100 million vaccine doses to Southeast Asian nations. The commitment to render more assistance soothed ASEAN, which greatly appreciated China's provision of vaccines. As the lag time between infection and vaccination is a central interest of the regional grouping, Chinese support would help them to quickly shield their people from the virus and open up economies.

Indonesia, the largest ASEAN economy facing a spike in cases, is inoculating its population with Chinese vaccines. Out of the 92 million doses received by the start of last week, 80 million were the China-made Sinovac, found 98 percent and 96 percent effective at preventing death and hospitalization by the country's health ministry and will be co-produced at a China-assisted facility there.

As a result of its efficacy, Chinese vaccines are now a key part of the vaccine rollout in major Southeast Asian countries including Indonesia, Malaysia and the Philippines. Earlier this month, Singapore and Vietnam joined their ASEAN partners and approved China's Sinovac and Sinopharm.

The U.S. State Department boasted that out of roughly 2.3 billion vaccines the G7+ had pledged to finance and provide since 2020, America was providing nearly half of the support. It further promised to donate 500 million doses, starting delivery in August, of Pfizer BioNTech vaccine to 92 low- and middle-income countries across the world.

The commitment falls far short of the 11 billion doses the World Health Organization has said are needed to vaccinate at least 70 percent of the world's population. The White House's statement that "donation will serve as the foundation for a coordinated effort by the world's democracies" and Biden's remarks that "democracies of the world are posed to deliver as well" – blacken Washington's global campaign against COVID-19 and unveil its ulterior motive to use vaccines as tools to advance the U.S.' geopolitical and geostrategic ambitions.

Just days before the G7 summit, the Biden administration, only after administering jabs to its own population, set out a plan to rapidly deliver 25 million surplus doses to the world. The to-be-delivered "drop in the bucket" shots included only 7 million to 15 countries in South and Southeast Asia, compared to China, which has already donated almost 22 million doses worldwide including about 14 million to the Asia Pacific. In Southeast Asia, the Philippines and Thailand combined had received more than 11 million doses of Chinese vaccine as of May.

Biden's promotion of the democratic vaccine would raise the eyebrows of Asian leaders regarding the U.S.' political regional goals. The coronavirus is a global challenge and urges all vaccine-producing countries to put off bilateral rows and forge a united international approach through multilateral engagement rather than cheap point-scoring.

ASEAN members cannot forget the U.S.' continued desertion and reluctance to supply vaccines as infection rates keep rising in the region, which is delaying the economic recovery of nearly all of the Southeast Asian nations. Before the ASEAN Defense Ministers-Plus meeting, China and coalition defense ministers agreed to safeguard regional peace. As China has committed itself to stability in the South China Sea, and considering Beijing's vaccine support and economic importance for the bloc and the region, the positive momentum in the ASEAN-China relationship must be preserved and carried through in every bilateral and multilateral meeting and no extraterritorial country should be allowed to destabilize the regional peace and affinity.