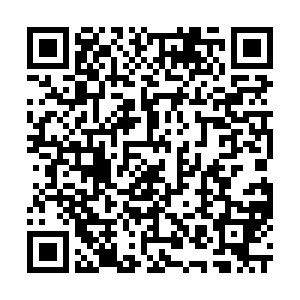 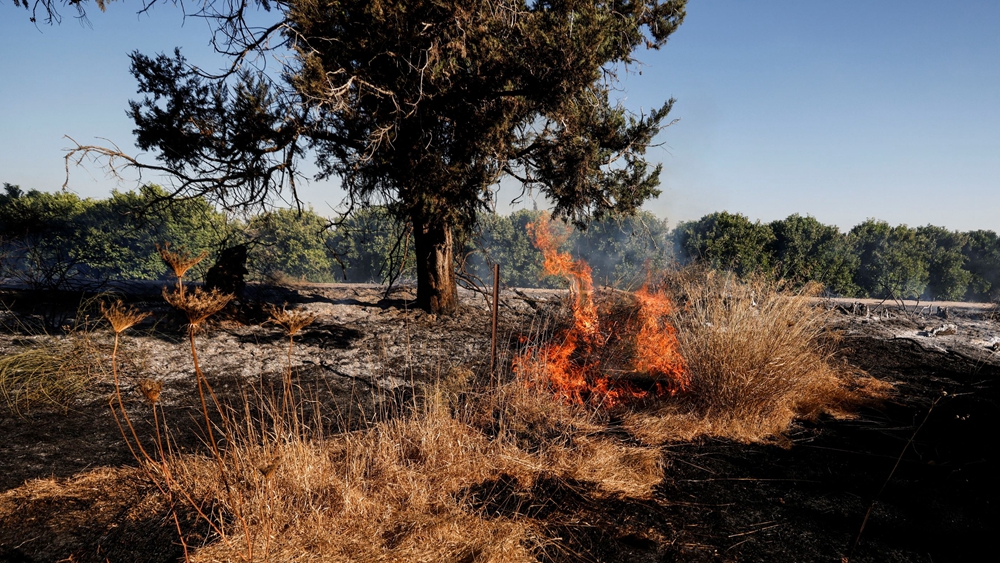 A field on fire after Palestinians in Gaza sent incendiary balloons over the border between Gaza and Israel, Near Nir Am, June 15, 2021. /Reuters

A field on fire after Palestinians in Gaza sent incendiary balloons over the border between Gaza and Israel, Near Nir Am, June 15, 2021. /Reuters

United Nations Secretary-General Antonio Guterres on Wednesday called for the full respect of the ceasefire agreed between Israel and militant groups led by the Islamic Resistance Movement (Hamas) on May 20.

Haq added that Guterres "would like to see the cessation of hostilities be maintained and solidified in order to give space for the relevant parties to work out arrangements to stabilize the situation."

The Israeli army said on Wednesday that it had carried out the first airstrike in the Gaza Strip since a ceasefire ended its fighting with Hamas, which runs Gaza, in May.

In the overnight attack, Israeli war jets struck military compounds belonging to Hamas in the city of Khan Yunis in the southern Gaza Strip, an Israeli military spokesperson said in a statement.

The statement accused Hamas of being responsible "for all events transpiring in the Gaza Strip" and warned that the group "will bear the consequences for its actions."

"The IDF (Israel Defense Forces) is prepared for any scenario, including a resumption of hostilities, in the face of continuing terror activities from the Gaza Strip," it read. 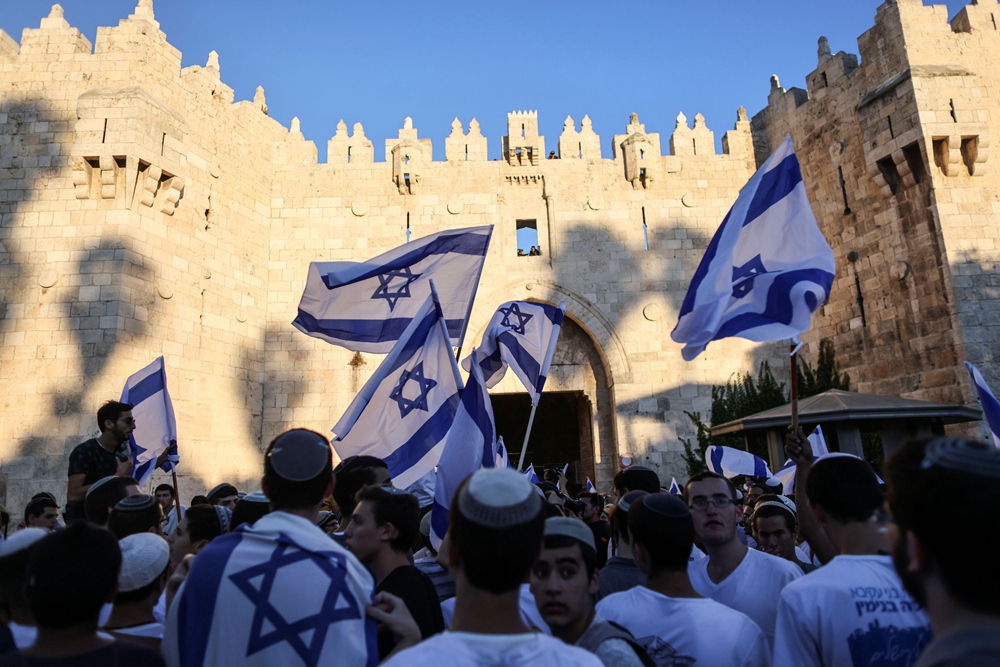 Hundreds of Israeli ultra-nationalists marched on Tuesday in East Jerusalem, waving Israeli flags. Some of them chanted "Death to Arabs" and other anti-Arab slurs.

Militants in Gaza responded to the march by launching "arson balloons" that caused at least 13 fires in southern Israel. Hours after the Israeli strikes on Wednesday, Palestinian militants again launched incendiary balloons from Gaza, causing four fires, a spokesman of the Israeli fire department said.

Tensions also rose again in the occupied West Bank, where the Israeli army said they shot a Palestinian woman, alleging she had attempted to ram soldiers with a car and then stab them.