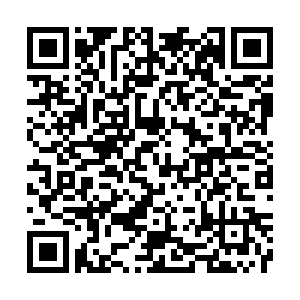 Jordan is racing against time to save a tiny rare fish from extinction as falling water levels partly triggered by global warming threaten to dry up its last habitat.

The Dead Sea tooth carp, with a scientific name of Aphanius dispar richardsoni, has been on the red list of the International Union for Conservation of Nature since 2014.

The IUCN warns that the "exploitation of spring waters and climate change" are major threats facing the four-centimeter-long, silver-colored fish.

"This fish is threatened with extinction at the global level. It is endemic here and does not exist elsewhere," said Ibrahim Mahasneh, the manager of the fish's last home, the Fifa Nature Reserve.

Established in 2011, the nature park covers some 20 square kilometers. It is located some 426 meters below sea level and is managed by an independent body, the Royal Scientific Society (RSS).

Even though the Hashemite kingdom is primarily desert, this area of wetlands is criss-crossed by streams and is home to a variety of plant and wildlife species including birds.

"We have a plan to save and breed this fish to create a natural habitat for them to breed and at the same time to mitigate the existing threat," added Mahasneh.

"The reserve is the last home for this endangered species of fish," said environmental researcher Abdallah Oshoush who works in the reserve. 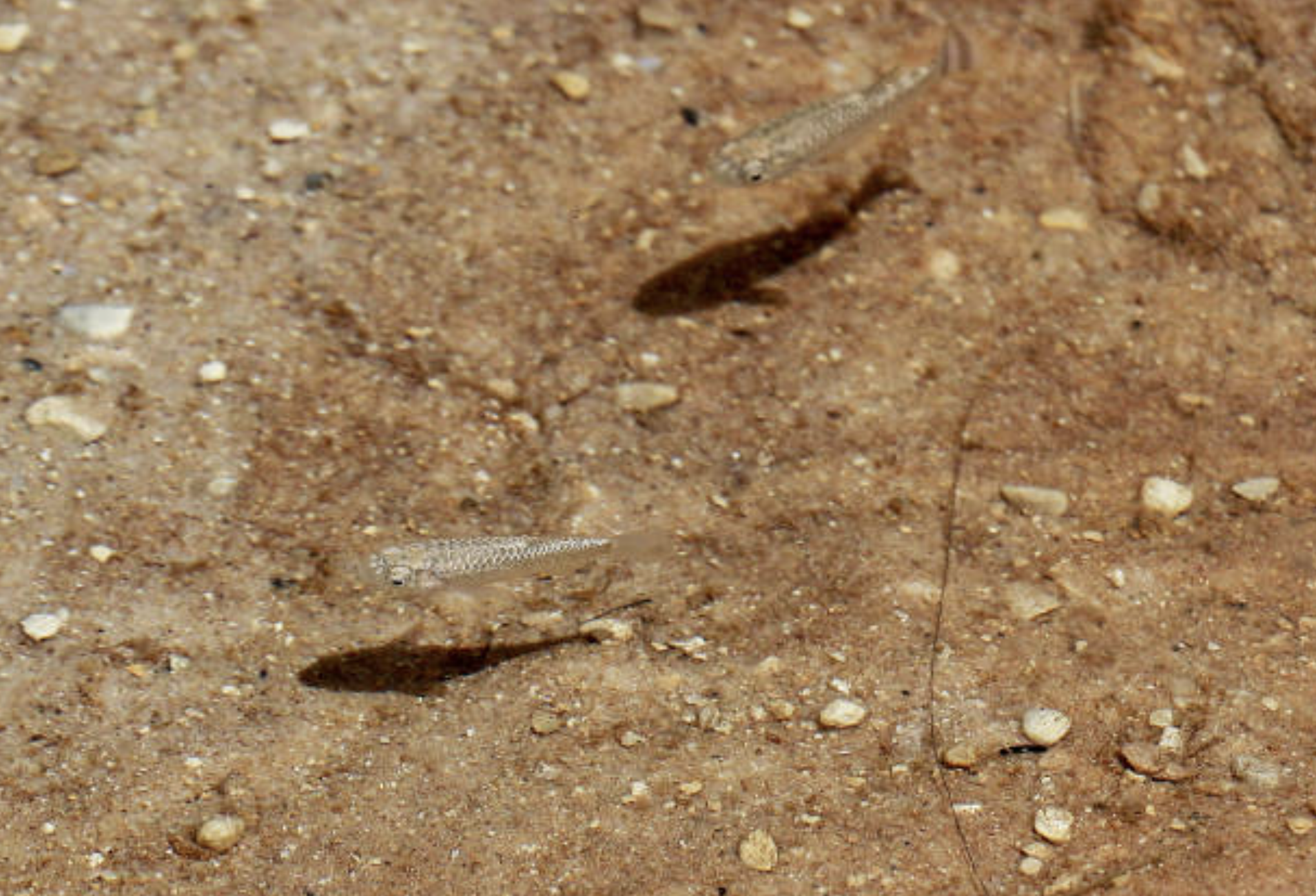 The male fish also has a streak of blue along its sides, while the female has incomplete black stripes.

It is not known how many still remain, but "monitoring programs have warned of a clear decline in the presence of this fish in recent years," Oshoush said.

Among the environmental threats causing numbers to drop is the "lowering water level due to low rainfall and the change in its environment, as well as the presence of other fish that feed on it and its eggs."

Researchers are now preparing to open an artificial pond just for the toothcarp so they can grow safely and their eggs are not devoured by predators. Each season, a female produces around 1,000 eggs.

The aim is then to release the young fish back into the natural environment.

"In Jordan live two unique species of fish that do not exist anywhere else in the world. These are our precious treasures and they must be preserved for our ecosystem," said RSS spokesperson Salem Nafaa.

Two decades ago the RSS, which was established in 1970, succeeded in saving the endangered Aphanuis Sirhani fish in its only habitat in the Azraq reserve, about 110 kilometers east of Amman.

It got its scientific name from the Wadi Sirhan, which extends from the Arabian Peninsula to Azraq, but is commonly known in English as the Azraq killifish.

Only about six centimeters long, it is also silver but the female is spotted while the male has black stripes. 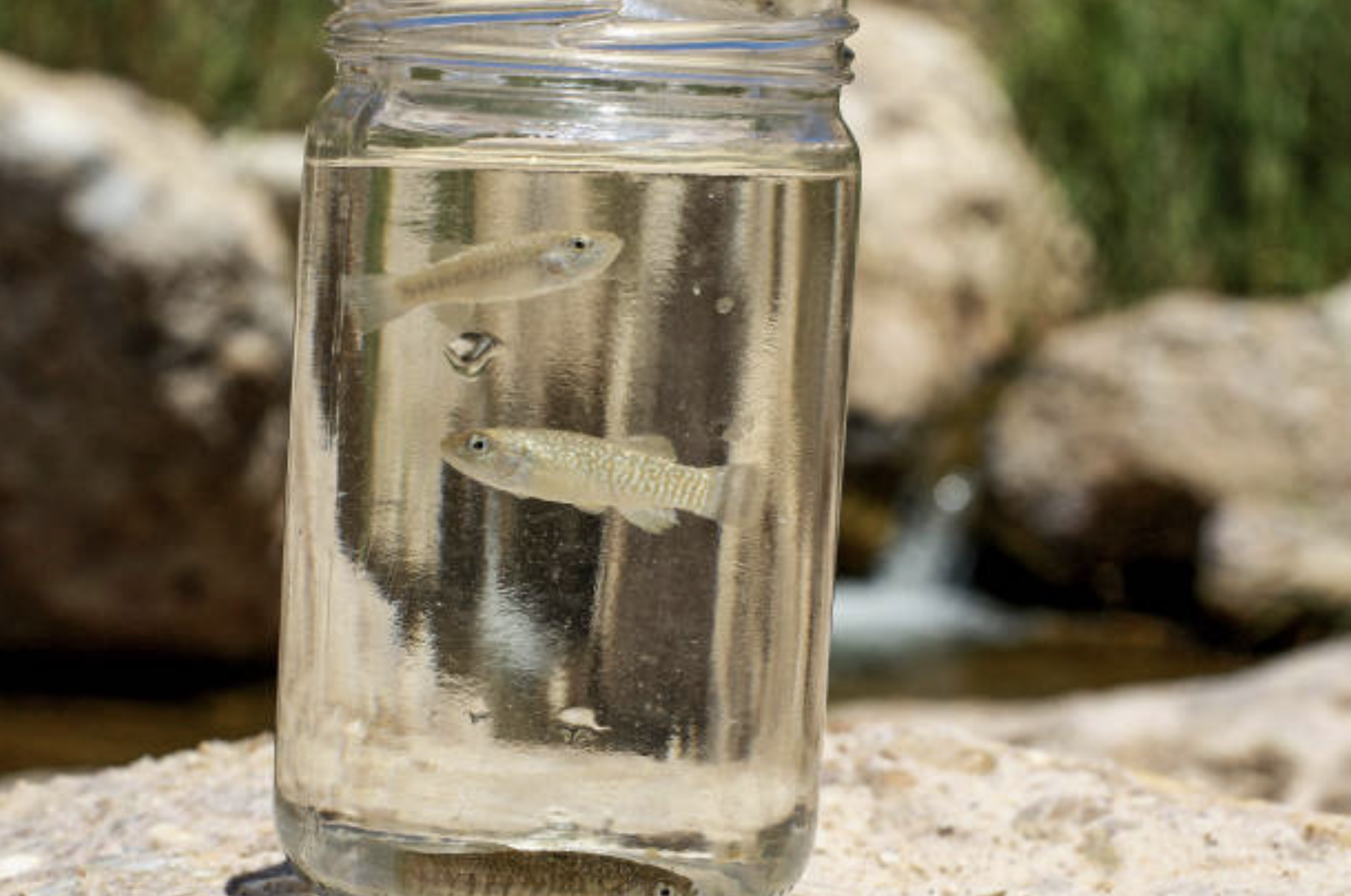 "In the year 2000, there were no more than 500 Azraq killifish in the oasis, which means it was on the verge of extinction," said Nashat Hmaidan, the director of the RSS Biodiversity Monitoring Center.

"It was declining sharply, and it reached just 0.02 percent of the number of fish in the oasis," he said, blaming other predatory fish and migratory birds as well as a fall in water levels.

The RSS studied the fish's life cycle and determined it needed shallow water to lay eggs, and should be isolated from other species for the best chance of survival.

"We collected 20 fish over two years and put them in a concrete pond designated for breeding."

After the first fish were released back into the waters the team saw its presence had increased from 0.02 percent to nearly 50 percent. It "was a great success," he added.

Twenty years on, the Azraq killifish accounts for almost 70 percent of the fish in the waters. But he cautioned the goal now is that the numbers should "never drop below 50 percent."