Download
What was the point of Biden's summit with Putin?
Radhika Desai 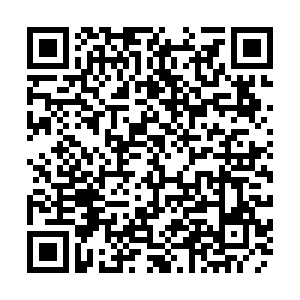 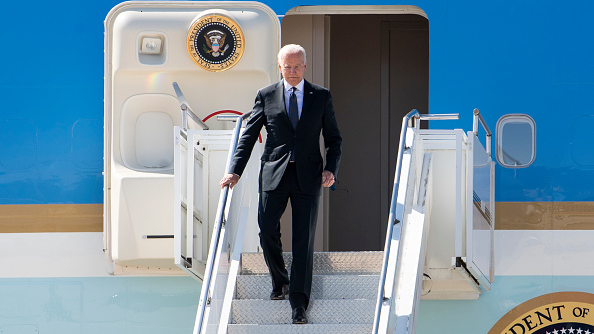 U.S. President Joe Biden disembarks from Airforce One after arriving in Geneva, one day prior to the U.S.-Russia summit in Geneva, Switzerland, June 15, 2021. /Getty

U.S. President Joe Biden disembarks from Airforce One after arriving in Geneva, one day prior to the U.S.-Russia summit in Geneva, Switzerland, June 15, 2021. /Getty

Despite Biden's "I did what I came to do" assertion, everyone except the U.S. President and his loyal supporters will admit he's had a bad first summit with President Putin. One wonders what the point of it all was and whether the United State has a foreign policy to speak of.

The auguries were hardly propitious. For four years, Biden's Democratic Party has concentrated on maligning Putin with a laundry list of his allegedly nefarious but unproven activities. Perhaps to placate it, Biden recently called his Russian counterpart a "killer" and the latter wryly returned the compliment.

With U.S.-Russia relations plumbing depths deeper than the Cold War, the summit was announced a mere three weeks beforehand. Naturally, there was little preparation. The agenda was a grab bag of the two countries' proliferating issues: allegations of election interference, Ukraine, Belarus, human rights, cyber security, nuclear weapons control, you name it. Biden's finger-wagging posture dictated, no doubt, by Democratic Russiagate maniacs, could hardly elicit cooperation. All this was bad enough. Then Biden arrived in Geneva after a G7 meeting that had underlined the pointlessness of the grouping and a NATO summit that drove home the incoherence of the alliance. Only a miracle could save his European tour. Biden's catholic God was clearly not obliging.

Clearly, if Biden imagined that Putin would meekly listen to his reprimands, he was proved wrong. Afterwards, as with his 90-minute interview with a U.S. news channel before the summit, Putin appeared relaxed and in command of his facts and arguments in an hour long press conference for U.S. and Russian reporters. Biden gave a 30-minute press conference to U.S. reporters full of gaffes – at one point nearly calling Putin Trump – and ended by losing his temper and apologizing.

The paltry 140-word communique shrilly boasted of "progress on our shared goals of ensuring predictability in the strategic sphere, reducing the risk of armed conflicts and the threat of nuclear war," though nothing on the ground had changed. It promised to "embark together on an integrated bilateral Strategic Stability Dialogue in the near future that will be deliberate and robust." How is that possible if U.S. hostility continues? 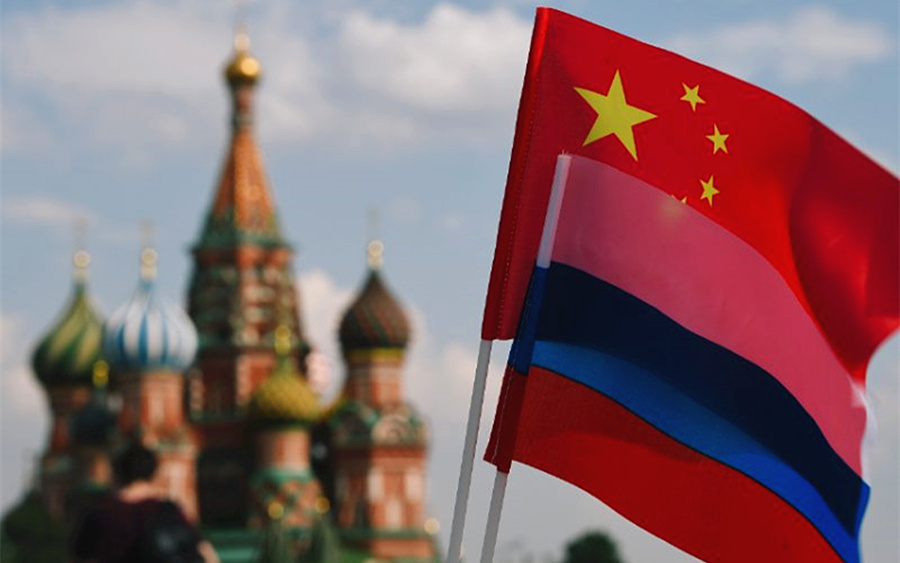 The national flags of China and Russia are seen on Red Square, Moscow, Russia. /Xinhua

The national flags of China and Russia are seen on Red Square, Moscow, Russia. /Xinhua

What was President Biden thinking in proposing this summit? The only possibility – underlined by the China specter at the feast of the preceding two events of Biden's European tour – is that he hoped to pry Russia loose from its increasing closeness to China. To accomplish that, however, he would have to offer Putin something. The trajectory of post-Cold War U.S. foreign policy made any such offer impossible. So did his party.

After the end of the Soviet Union, the U.S. has wanted little more than to reduce Russia to an economic dependency obligingly providing its resources. Working with the Yeltsin administration, the IMF and the World Bank, it imposed such a disastrous "shock therapy" as to not only deindustrialize Russia, leaving it reliant on primary commodity production, chiefly oil and gas, but imposed such an economic contraction that Russians' longevity actually declined in peacetime. The U.S. also broke its promise not to expand NATO eastwards by admitting Poland, the Czech Republic and Hungary in 1999 and many others thereafter.

Taking office in 2000, President Putin tasked himself with stabilizing Russia domestically and internationally. The U.S. was already viewing this with increasing alarm when in 2014 conflicts erupted in eastern Ukraine on the question of membership of the EU, by then considered a set procedure for eventual admission to NATO.

The Western press still resonates with simplified accounts of Russian "intervention" in Ukraine and its "annexation" of Crimea. It entirely forgets that what the U.S. and NATO have done to Russia strategically is the equivalent of the Soviet Union or Russia today taking Mexico or Canada into a close military alliance. By last year, the U.S. had pulled out of all nuclear arms control treaties between the two countries holding over 80 percent of the world's nuclear weapons.

Russiagate came on top of all this. Since the 2016, the defeated Democrats have stuck determinedly to their narrative about Russian interference in U.S. elections to explain their defeat. Demonizing Putin has become their way of not admitting their elitist and neoliberal policies and that politicians no longer inspire ordinary Americans. Biden won, but only by outspending Trump by a factor of nearly two.

With such forces fishtailing his moves, how can Biden have a coherent foreign policy?