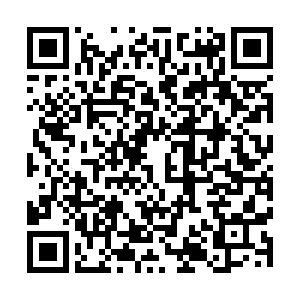 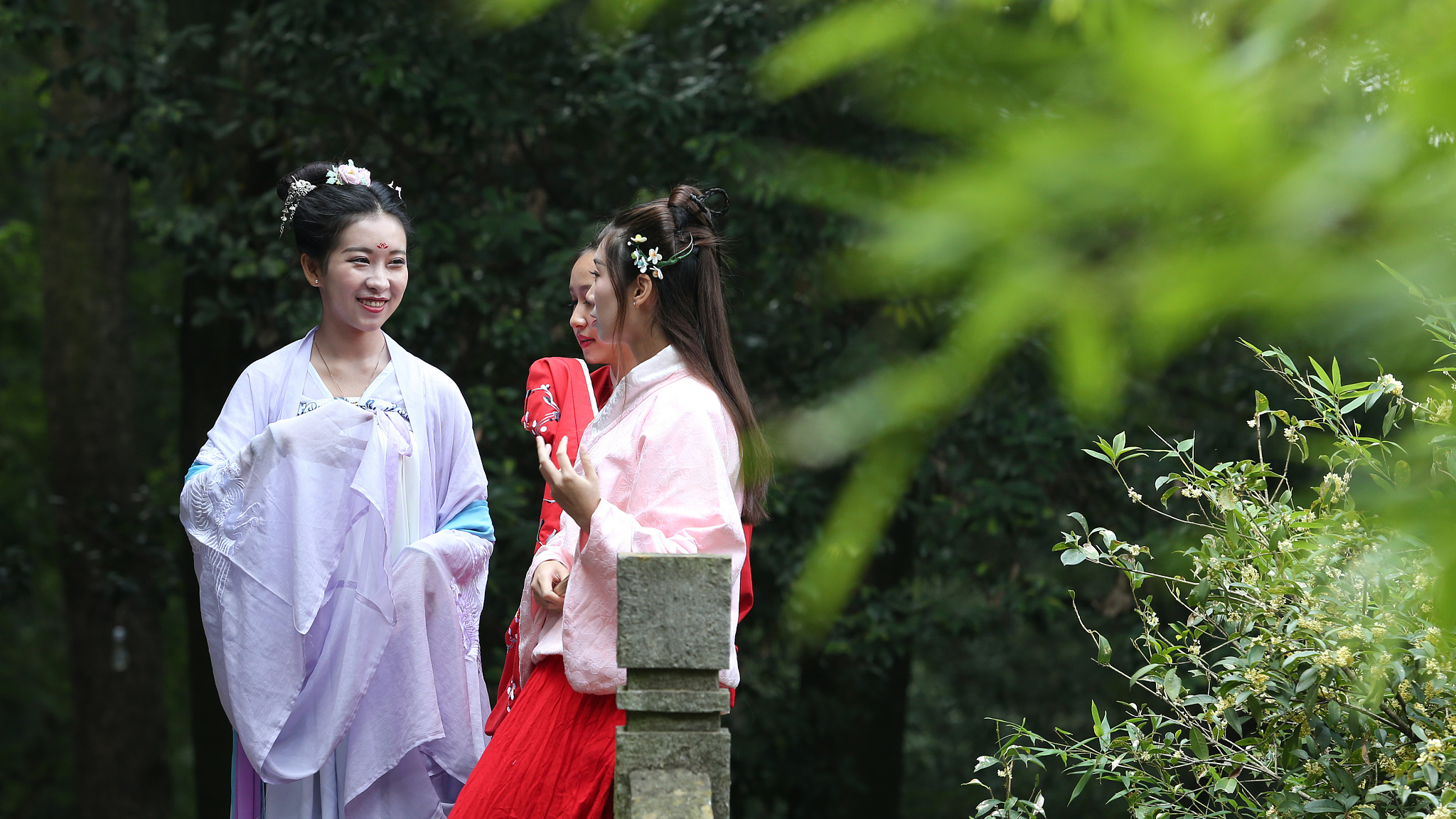 The revival of the ancient fashion style Hanfu has gained popularity among young Chinese in recent years.

In southwestern Kunming City, Yang runs a Hanfu store, where she provides all kinds of Hanfu for customers to experience the charm of ancient China's traditional clothing.

Yang loves Hanfu herself. "Like many young people, I began to like Hanfu because I saw others wearing it elegantly. Then I began to delve deep into Hanfu, and know the cultural connotation and stories behind," she said.

Many Hanfu enthusiasts fall in love with it for its beauty. Then after delving into the culture behind, the affection grows even deeper, she said. 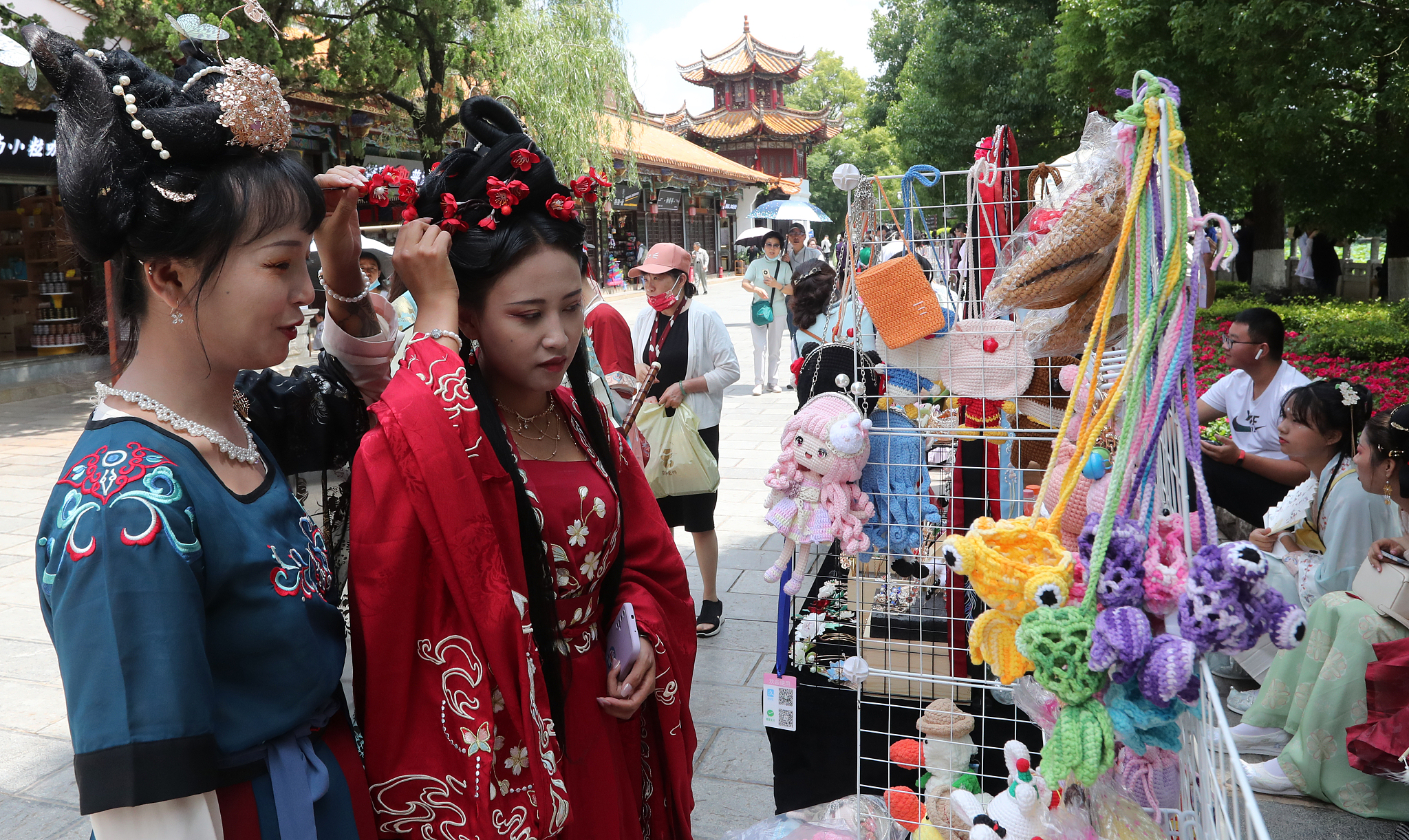 "Our traditional culture has been passed down over 5,000 years. There must be many things for us worth inheriting," noted Yang.

This trend has led to a surge in the craze for Hanfu clothing and accessories.

Yang's Hanfu store enjoys widespread popularity, especially during traditional Chinese festivals when her store has to be open all day long for customers.

"Due to the influence of traditional culture's revival, the number of people who love Hanfu and traditional culture has rapidly increased. Both on usual workdays and holidays, we accept many customers. During the just past Dragon Boat Festival this year, we worked all day long," said Yang.

Other related businesses, like Hanfu and accessory design, have also seen significant growth. 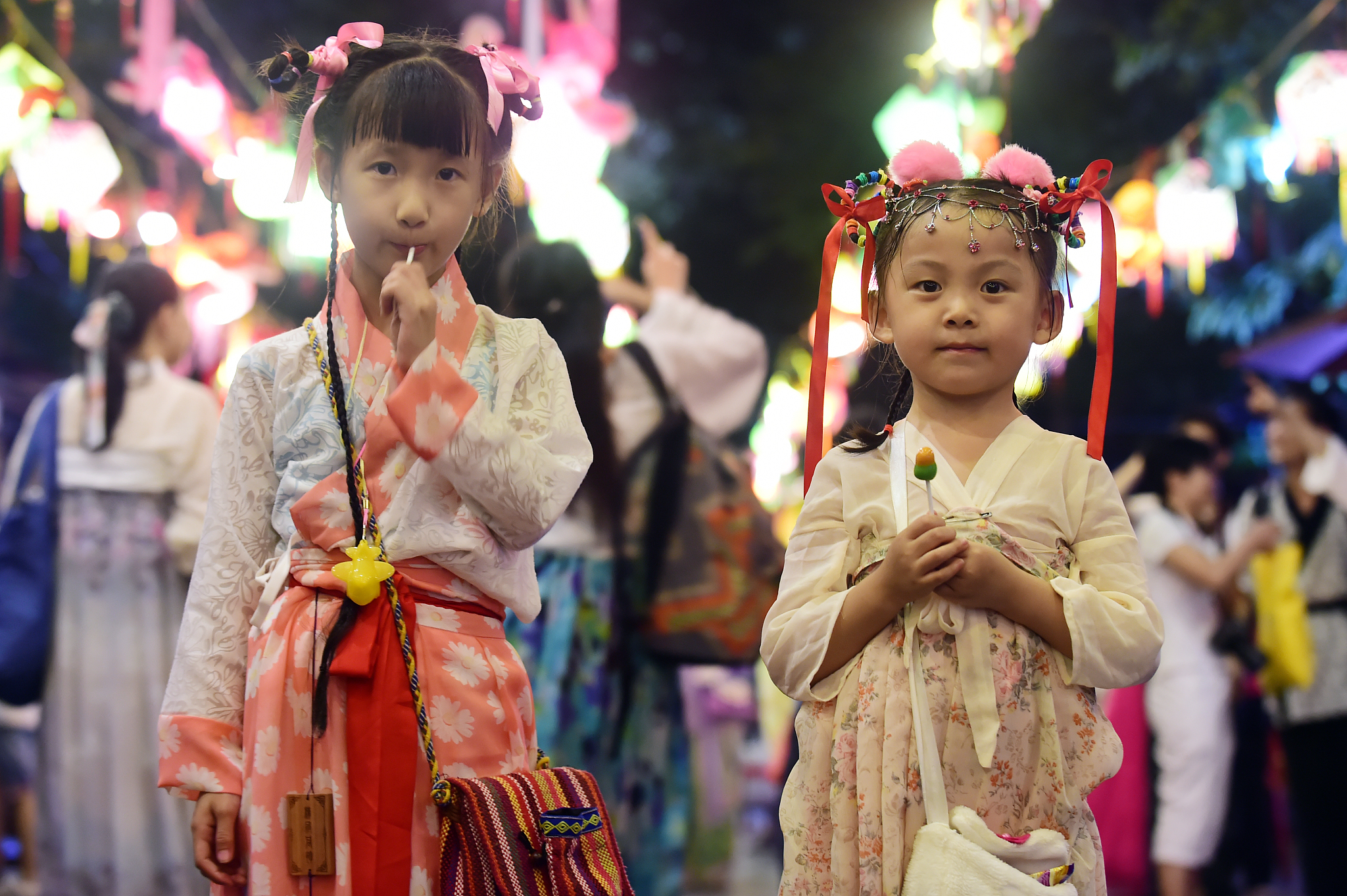 "Many Hanfu companies are growing well every year with an increasing number of brands offering costumers more choices," said Yang.

The number of domestic Hanfu enthusiasts almost doubled, from 3.56 million in 2019 to over six million in 2020. In 2019 alone, the industry made over 4.52 billion yuan ($645 million) in sales, according to data from Guangzhou-based iiMedia Research.

It also shows that the number of Hanfu enthusiasts will hit 6.89 million in 2021, with the market expected to scale up to 10.16 billion yuan this year.

The Hanfu is the historical style of clothing worn and developed by the Han ethnic group in China and has influenced the traditional clothing of many neighboring cultures, such as Korean hanbok, the Japanese kimono, and the Vietnamese áo giao lĩnh.