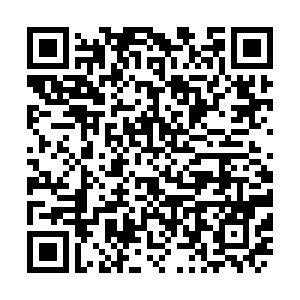 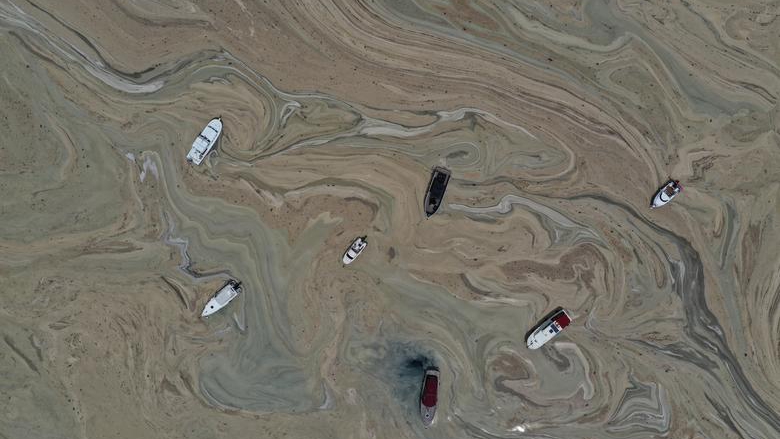 When seen from above, at first sight, it appears like boats stranded on the coast of Bostanci, home to one of Istanbul's busiest ferry lines.

But in reality, it's the picture of an environmental catastrophe. A layer of marine mucilage – commonly described as "sea-snot" – is blanketing the water. This slime-like organic matter is formed due to an overgrowth of algae that is overloaded with nutrients.

It was initially observed in Turkey in 2007 in small amounts, but experts believe the current situation has been caused by climate change and pollution.

The mucilage is not just present on the surface but goes 30 meters deep, affecting marine life.

Muharrem Balci, an associate professor at the biology department of Istanbul University, said the mucilage creates a devastating impact. "If there is no oxygen in the water, there is no life; living species, especially fish, mussels, spineless creatures, would die. It clogs the gills of fish and causes them to drown," he told CGTN.

The Turkish government has urgently launched a cleaning campaign with vessels and cleaning personnel skimming and sucking the mucilage from the water's surface.

The municipalities of seven provinces littoral to the Sea of Marmara are cooperating with the environment ministry for this cleaning operation.

Though experts warn it will likely take years to clear the mucilage completely, the Istanbul municipality is working relentlessly to try and clear the coasts as quickly as possible.

"Cleaning the surface will definitely not solve the problem, but it's significant for hygiene purposes. Pathogens, meaning microorganisms that cause diseases, can reproduce on them. So if citizens make contact with it in one way or another by swimming, it could harm their health," said Aysen Dincerler, the head of the environmental protection and development department at the Istanbul municipality.

Though cleaning the surface is significant, the vital issue is to prevent the mucilage from forming and eradicating it completely.

That's where pollution control weighs in. Istanbul is home to over 15 million people. The city's waste management needs to be improved to avoid worse outcomes in the Sea of Marmara.

Industrial waste is also an important issue. Following the mucilage outbreak, the government carried out over 3,000 inspections and has fined businesses a total of $1.22 million for violating waste management conduct.

In the meantime, other promising efforts have also been made to find broader solutions to destroy the sea-snot. Dincerler said that the municipality was collaborating with universities on the potential use of beneficial bacteria to consume the mucilage.

Aside from the environmental effects, the mucilage could potentially impact the economy as well, especially the fishing and tourism industries.

Fishermen have already reported losses on several fronts. Fish are dying, and fishing is impossible in some areas. There has been a drop in fish sales, and many boats have been damaged and clogged by mucilage.

Meanwhile, several coastal areas where mucilage has formed, such as Balikesir and Yalova, which are hotspots for local tourists, have also suffered.