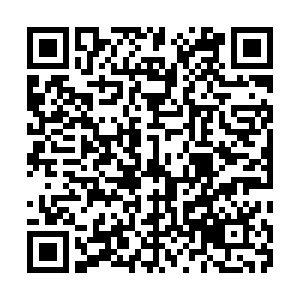 China is delivering strong economic growth, says the latest report released by the World Bank. According to the "Global Economic Prospects" report published by the global financial institution earlier this month, China's GDP is forecast to grow by 8.5 percent in 2021, leading the world's economic recovery from a catastrophic year plagued by COVID-19.

The paper raised its forecast for global economic growth to 5.6 percent from its projection of 4.1 percent in January. The impressive figure, which will mark the strongest post-recession recovery in the past eight decades if predictions hold true, is largely driven by the world's major economies represented by China and the U.S.

In the first quarter of 2021, China registered a GDP growth rate of 18.3 percent – the highest on record since the country started recording its quarterly GDP in 1992. The first contraction of its kind was during the first quarter of 2020, a historic nadir of 6.8 percent, when the pandemic was at its worst and the country stagnated to keep the virus in check. The fast rebound within a single year is deemed a continued success story of the China miracle.

"In part, China is doing well in controlling the pandemic at home, which is the foundation for the rapid recovery," said Martin Raiser, the World Bank's country director for China.

At the moment, China's economic growth has returned to its long-term growth trajectory, he noted at a recent discussion with CCG on the June report. In 2022, growth will likely be declining to 5.4 percent, returning to the path the country was on over the five years leading up to the pandemic.

The economist observed that there's a shift in the Chinese economy from growth driven by public investment and net exports during the first phase of recovery toward growth very much driven by domestic consumption and private investment.

As in the past decades, the rapid recovery of the world's second largest economy has in particular been shored up by its manufacturing sector, as the world craves for more medical equipment and electronics due to the pandemic and ensuing travel restrictions. In the meantime, consumption has contributed two thirds to economic growth as shoppers return to malls, restaurants and auto and property firms while investment remains robust.

However, doubts linger. Among the myriad obstacles to recovery, an aging population is definitely one of the most daunting challenges. China's seventh population census reveals there are some 191 million people aged 65 and above, accounting for 13.5 percent of the country's population. That's an 8.9 percent increase from the sixth census launched a decade ago.

The aging society, in addition to a falling birthrate, will probably cause a strain on China's economic growth going forward.

Now that the contribution that the demographic dividend had made to economic growth over recent decades is diminishing, China needs to invest more in human capital to improve the overall skills of members within the entire cohort, Raiser suggests. That means providing equal access to education in metropolises and rural regions is crucial.

Another disadvantage is shorter term – the recovery from the pandemic is rapid, yet not green enough. "It was more traditional, and as a result, the carbon intensity of China's economy has not declined in 2020 but nearly the same amount as it did in previous years," Raiser explained, pointing out the need to shift more toward a digital technology-driven economy. That's part of a goal China has been working toward, with its carbon neutrality blueprint and a spectrum of climate policies in place.

According to the white paper "Digital Economy Development in China 2021" released by the Ministry of Industry and Information Technology, China's digital economy made up nearly 40 percent of its GDP last year as life moved online during the pandemic. It still has a potential to sprawl.

In addition, geopolitics plays a role in the post-pandemic business world. Given the bad blood between the world's two economic titans, the politics surrounding China and the U.S. has tremendous impact on global economic prospects.

The two economies alone are home to 76 of the world's most valuable firms, according to the Economist Intelligence Unit. But Biden's continuation of Trump's policy on the trade and tech feud with China doesn't bode well for further innovation-driven development. Raiser told CGTN that it's difficult to say regarding China-U.S. business ties and their involvement with each other. "But they are talking, which is better than not talking," he said.

Wang noted that easing international travel in the post-pandemic world will facilitate people exchange across the Pacific, bringing the two countries closer.

The economic downsides from COVID are being addressed, while more areas such as the service sector continue to open. In the end, China's recovery depends very much on the control of the pandemic and an even distribution of vaccines around the world in our era of globalization, just as much as the world depends on its continued growth.