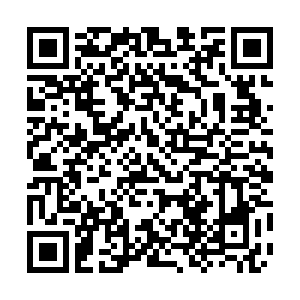 China on Monday reiterated that COVID-19 origin-tracing issue is a scientific question and refuted the U.S. "lab leak" accusation, calling it "purely blackmail and threat."

U.S. National Security Advisor Jake Sullivan warned on Sunday that China would "risk international isolation" if it fails to follow a "real investigation on its territory into the origins of the virus that caused the COVID-19 pandemic."

Speaking at a press briefing, Zhao said China has always held an open and transparent attitude towards relevant investigations since the outbreak. It is groundless to say that China says no to origin-tracing investigations, let alone claiming that China risks so-called international isolation, he added.

China has been working closely with the World Health Organization (WHO) ever since the outbreak. In February and July last year, Beijing invited WHO experts to carry out cooperative research on origin-tracing.

This year, a total of 34 experts from the WHO and China jointly conducted 28 days of research starting from January 14, which concluded that the introduction of the virus through a laboratory incident was "extremely unlikely."

Stressing that origin-tracing is a matter of science, Zhao urged the U.S. side to stop politicizing the issue and smearing China to make excuses for its poor response to the pandemic.

Noting that the U.S. has over 33 million confirmed COVID-19 cases and 600,000 deaths from the disease, both the highest in the world, Zhao suggested that the U.S. should carefully consider holding officials accountable for the wide spread of COVID-19 in its country and to take concrete measures to prevent such a tragedy from happening again.

The spokesperson also urged the U.S. to cooperate with the WHO on the study of COVID-19's origins, and conduct a full, transparent, evidence-based international investigation in the United States so as to fully respond to international concerns, and contribute to mankind's victory over the pandemic and better preparedness in the face of future public health emergencies.

If the United States is truly transparent and responsible, Zhao said, it should be as open as China and immediately invite international experts to Fort Detrick and other places in the United States to conduct a detailed investigation.