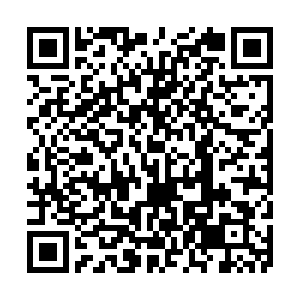 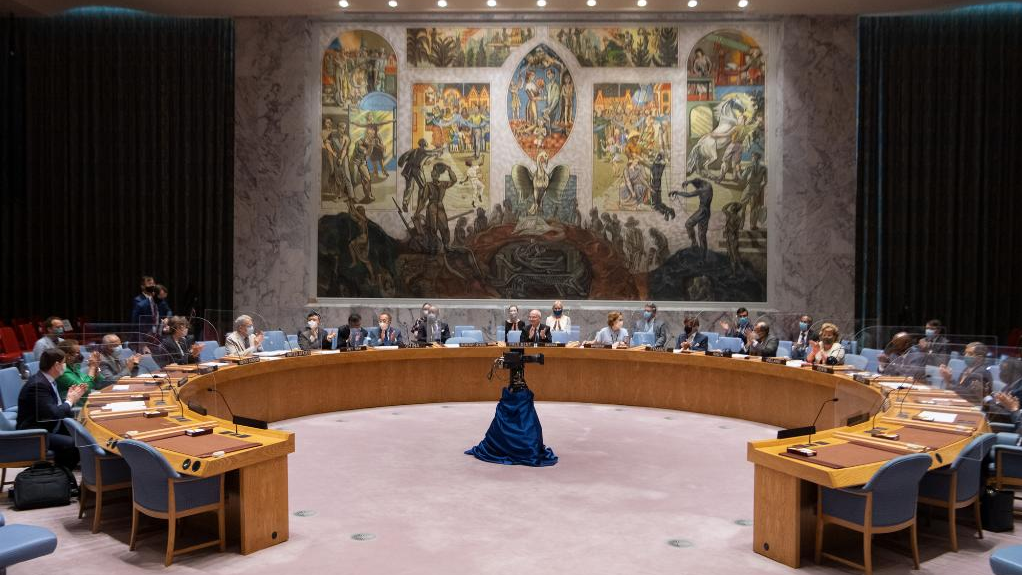 A private meeting of the UN Security Council is held at the UN headquarters in New York, June 8, 2021. /Xinhua

A private meeting of the UN Security Council is held at the UN headquarters in New York, June 8, 2021. /Xinhua

It is the official line that China has advanced since 1971 when its legal status at the UN was restored as the only lawful government of China. As one of the "permanent five (P5)" of the UN Security Council, China has since acted in line with the UN Charter and bolstered the international system with the UN at the core.

This is the original design of the collective security when the UN was founded in 1945 at the end of the World War II. Yet, it has been challenged by the dominant power which has from time to time tried to weaken the authority of the UN in order to serve its strategic ends.

The United Nations was originally expected to act as an institutional response to challenges in a volatile world. However, during the heyday of the Cold War and even beyond, the UN couldn't act on its core mission without unanimity among the P5 in the Security Council. As a result, when the permanent members disagree among themselves, the veto introduces a bias toward an inaction.

As Harvard University Professor Jeffry Frieden argued, since the UN wields its policing powers unevenly, it may respond to the misconducts of those who are weak, or who have no friends among the permanent members, while the crimes of the strong, or those with friends in the Security Council, may go unpunished.

These asymmetries and paradoxes must be addressed by the UN soon. Just on the day of his re-election, Guterres admitted that his reelection came at a time when the world was faced with numerous conflicts, including the growing impact of climate change and the spread of COVID-19 around the globe.

Accordingly, the UN under his new term as secretary-general aims to make greater progress towards world peace and safeguarding multilateralism under the UN Charter instead of being based on the rules and values dictated by "small circles or group politics." 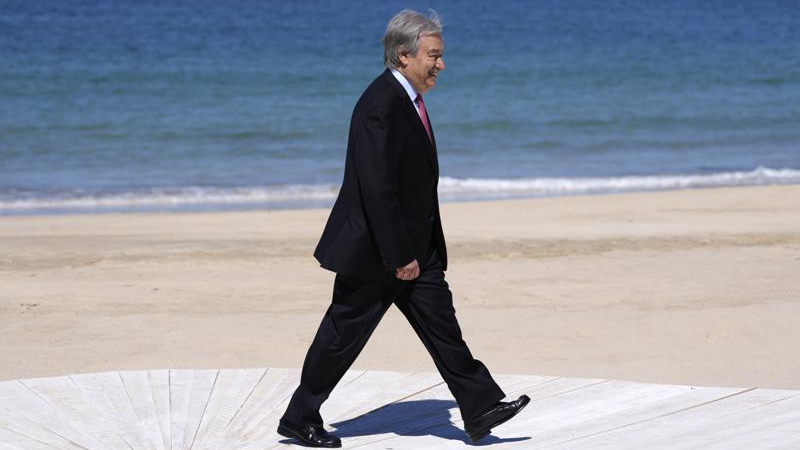 Historically, the Chinese government has supported all the efforts of the UN to settle international issues by peace as long as it is not under the power politics.

In 1955, then Chinese Premier Zhou Enlai met the UN secretary-general of the day Dag Hammarskjöld, confirming that China, though excluded unlawfully from the United Nations due to Washington's hostility to the Beijing, was sincere to support the peaceful settlement of all international issues including the Taiwan Straits.

Nearly 20 years later in 1974, former Chinese leader Deng Xiaoping declared at the UN Assembly that China never seeks hegemony in foreign affairs. Once China grows much stronger and wealthier, it still stands along with the developing countries.

Taking the legacy from the past, President Xi has declared that China will continue to endorse the work of the United Nations including its pursuit of international law and cooperation among all countries in line with genuine multilateralism.

Accordingly, China as a responsible power will increase its offers to the UN in such fields as world peace and security, biodiversity protection, climate change response and assistance for developing countries through south-south cooperation to achieve sustainable development. What Xi has affirmed to Guterres is China's consistent practice and its moral responsibility over the past decades.

This is due to the fact that what China has achieved successfully over the past decades can't be separated from the international system as the United Nations as the core, and a rising China will further serve a more fair, just and harmonious international order, in which UN-China relations will be taken to a new height.