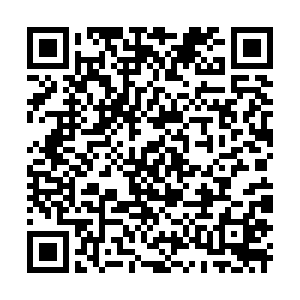 Multiple provincial-level regions of China have increased their minimum wage standards since the beginning of this year as the economy recovers further from the COVID-19 impact.

In the provinces of Jiangxi, Heilongjiang and Shaanxi as well as the Xinjiang Uygur Autonomous Region, the statutory minimum monthly wages for developed cities have been raised to 1,850 yuan (about $286), 1,860 yuan, 1,950 yuan and 1,900 yuan, respectively, official data shows.

As for the Tibet Autonomous Region, the monthly minimum for the whole region will be increased to 1,850 yuan from July.

Municipal and provincial governments in China have the authority to set minimum wage standards and are required to adjust their levels at least once every two or three years.

The last wave of adjustments came in 2017 and 2018. In 2020, many regions suspended adjustments to support the resumption of work and production due to the COVID-19 impact.

The latest data shows that China's economy – the world's second-largest – grew by 18.3 percent year on year in the first quarter, as strong domestic and foreign demand powered recovery from a low base in early 2020 due to COVID-19.

"Adjustments to minimum wages are backed by economic recovery and are in accordance with relevant policy requirements. There is also the realistic need to raise wages for low-income workers," said Su Hainan, a researcher at the Chinese Association of Labour Science.

With monthly minimum wage hikes of up to 200 yuan, analysts believe the adjustments will also contribute to the average salary growth of Chinese workers.

The adjustments were part of China's latest move to improve people's well-being and increase personal incomes through multiple channels.

"China will work to raise incomes among its low-income population and expand the size of its middle-income population. Per capita disposable income will generally grow in step with GDP growth," according to this year's government work report.

Su said that the minimum wage standard, serving as a benchmark, will have a "driving effect" on basic pay and other benefits.

Alongside the minimum wage adjustment, Beijing in June announced increases in unemployment insurance benefits and disability benefits for people who sustain work-related injuries.

The government work report noted that China will stabilize and expand consumption, and "ensure that our people have the ability and willingness to spend."

In May, China's retail sales of consumer goods increased by 12.4 percent year on year, the latest data from the National Bureau of Statistics shows.