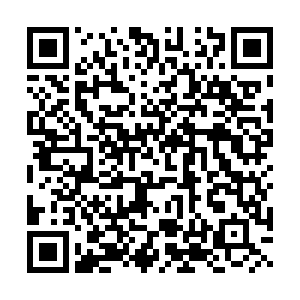 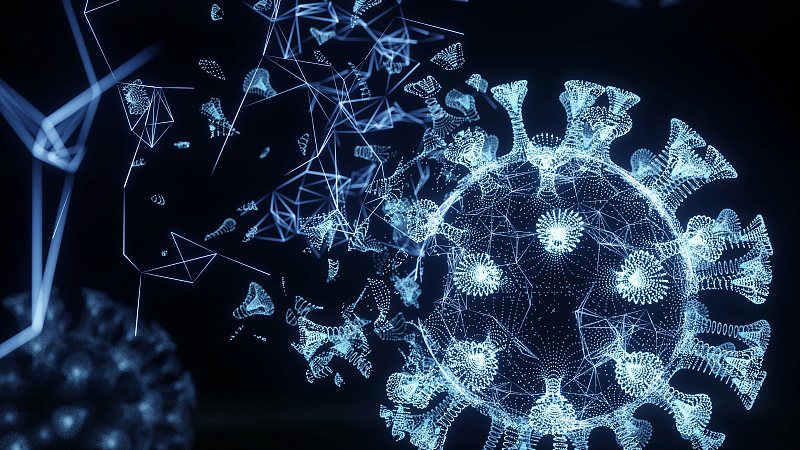 The Delta variant has spread to 92 countries and regions worldwide, according to the WHO. /CFP

The Delta variant has spread to 92 countries and regions worldwide, according to the WHO. /CFP

The Delta variant of the coronavirus, which was first detected in India last October, is causing global concern, with studies showing it is more contagious and resistant to vaccines than other strains of COVID-19.

It is becoming the globally dominant version of the disease, the World Health Organization (WHO)'s chief scientist Soumya Swaminathan said during a press conference at its Geneva headquarters last Friday.

The variant has spread to 92 countries and regions worldwide, Maria Van Kerkhove, the WHO's technical lead for COVID-19, said on Monday.

The Delta variant contributed to a severe outbreak of COVID-19 in India during April and May that overwhelmed health services in the country and killed hundreds of thousands.

It has higher transmissibility

The Delta variant is becoming dominant because of its "significantly increased transmissibility," said Swaminathan.

On Tuesday, U.S. infectious disease expert Anthony Fauci said the transmissibility of the Delta variant is "unquestionably greater" than the original variant of COVID-19, adding that "it is associated with an increased disease severity."

It now makes up about 20 percent of all new cases in the U.S., up from 10 percent about two weeks ago, Fauci said.

He called the variant "the greatest threat" to the U.S. effort to eradicate COVID-19 in its borders.

Ashish Jha, the dean of Brown University's school of public health in the U.S., called the Delta variant "the most contagious variant we've seen so far," the Guardian reported last week.

Britain has reported a steep rise in infections with the Delta variant, while Germany's top public health official predicted it would rapidly become the dominant variant there despite rising vaccination rates.

Russia blamed a surge in COVID-19 cases on people's reluctance to get vaccinated after record new infections in Moscow, mostly with the new Delta variant, fanned fears of a third wave.

The WHO worries that the Delta variant may have spread much further than has been reported in developing countries without strong monitoring systems.

It seems to cause more severe illness

The WHO said some reports have found that the variant also causes more severe symptoms, but more research is needed to confirm those conclusions.

It appears to cause more severe symptoms, according to evidence seen from India and elsewhere, including stomach pain, nausea, vomiting, loss of appetite, hearing loss and joint pain.

It has the potential "to be more lethal because it's more efficient in the way it transmits between humans and it will eventually find those vulnerable individuals who will become severely ill, have to be hospitalized and potentially die," Dr Mike Ryan, executive director of the WHO's health emergencies program, said during a news conference.

What's worse, the variant continues to mutate as it spreads more widely.

On Wednesday, India said it had found around 40 cases of the Delta coronavirus variant carrying a mutation that appears to make it more transmissible.

The variant, called "Delta Plus" in India, is a sub-lineage of the Delta variant.

The WHO said it's tracking the new variant as part of the Delta variant, as they are doing for "other Variants of Concern with additional mutations."

Several lab tests show that the Delta variant seems to have stronger resistance to vaccines than other variants do.

A French study from the Pasteur Institute concluded that neutralizing antibodies produced by vaccination with the Pfizer/BioNTech jab are three to six times less effective against the Delta variant than against the Alpha variant.

Although they represent an essential marker, the levels of antibodies measured in a lab are not enough to determine the efficacy of a vaccine.

Real-world observations are also crucial to measuring vaccine effectiveness, and the first results are reassuring.

According to data published by Public Health England on Monday, Pfizer/BioNTech and AstraZeneca vaccines are as effective at preventing hospitalization in the case of the Delta variant.

Two doses of the Pfizer/BioNTech shot prevent 96 percent of hospitalizations due to the Delta variant, while AstraZeneca prevents 92 percent, according to a study involving 14,000 people.

Previous data released by British health authorities at the end of May came to similar conclusions for less severe forms of the illness.