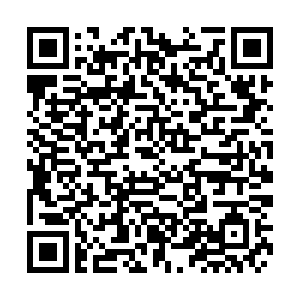 Editor's note: David Firestein, President & CEO of the George H. W. Bush Foundation for U.S.-China Relations, sits down with CGTN. He says that it is not accurate to frame the U.S.-China competition as a battle between democracy and autocracy. It will not get the U.S. to where it wants to get. He hopes that the U.S. can return to a less ideological and more fact-based and pragmatic way of looking at China. Talking about his observations toward the track record and governance of the Chinese Communist Party, he highlights its capability of adapting flexibly and nimbly to changes at home and abroad over the past 100 years. Views expressed in the video are his, and do not necessarily represent those of CGTN.

CGTN: Mr. Firestein, probably you have noticed, to demonize and demoralize China has become the political norm in the United States politics, and then anything short of criticizing China is regarded as unacceptable in America.

David Firestein: Yeah, that's absolutely true. There's no question about it. Demonizing China is kind of the new national pastime in the United States of America. There's no question about it. It's seeped across the partisan aisle. It started out as mostly Republican. It's certainly now pretty bipartisan, although I think it's more Republican than Democratic. And there's no question that there is a huge amount of negativity toward China, as I’ve often said. If, to use a metaphor, if China were helping an elderly grandmother across the street - to cross the street safely - many in America would find fault in that.

No matter what China does, it's wrong in the eyes of many Americans, and I think that approach, that mindset and reflexive response to China is not helping America. I think it's causing us to miss some important nuance. I hope that our nation can get back to a less ideological and more fact-based and more pragmatic way of looking at China. Some of the things China does are very problematic for the United States. And by the way, some of the things that America does are very problematic for China, so let's look at the facts and on the basis of facts, let's try to solve problems rather than just merely hurling demonizing statements at each other because that doesn't solve anybody's problems.

CGTN: But unfortunately, you are the minority now in your country.

CGTN: And Mr. Firestein, what is more worrying is that it seems that Biden wants to use ideology as a wedge, because ideology has been now prioritized in dealing with China, because from the Chinese perspective, we never want to export our ideology to America. But it seems Biden frames this as a battle between democracy and autocracy, which is quite unacceptable here.

David Firestein: I think your characterization is correct. There's no question that President Biden has laid out a framework in which it is kind of a democracy versus autocracy framing, as you've rightly noted. I do think there is a pretty broad misunderstanding in the United States and in Washington as to what China's aspirations are. I don't think that China seeks to export its system to others, not to the United States, not to others. I think China wants to make the world safe, not for its system, but safe for itself. It wants to exist, and it wants to not take orders or directives from any other country in the world. That's what China wants. And it's going to continue down whatever path it believes will get it to that objective.

And I think we have a couple of pretty fundamental misreadings of China's intentions in this country, which have become widely accepted, but which are not accurate. And they're taking our country - the United States of America - down a path that I think is not getting the United States to where it wants to get to, because we're fundamentally predicating our policy in inaccurate assumptions.

CGTN: And this year marks the 100th anniversary of the CPC. I know that probably in the American media and political circles, they usually characterize the CPC not as a very progressive political institution, but what are your observations of its track record, its governance, its achievements?

David Firestein: Well, I think there's no serious and intellectually honest observer can dispute the fact that over the last 100 years the transformation that has occurred in China has been astounding. I mean, from the standpoint of where the economy has come from and where it is now, where Chinese society was in 1921 and where it is today in 2021. The level of material comfort of the average Chinese citizen, you know, by any metric in terms of the economy and in terms of Chinese society, there's no question but that there has been an incredible transformation over these last 100 years. And I think that is self-evident to anyone who understands today's China and who is or who has spent time in China in recent years.

I think it's also true that the party itself, the Communist Party of China itself, has been transformed in certain ways as well. It initially was a Marxist-Leninist party that embraced Mao Zedong Thought, and that was essentially a revolutionary party by definition. But now it is a political party that embraces, in many ways, modern economic thought, modern trading practices, free market principles, certainly to a significant degree. And it's a very different party than the party of 1921 or the party of 1951. And so the party itself, I think, is very different today and one thing that it's shown that it is capable of doing is adapting to changes in the world and in China, and being flexible and being nimble.

I think that the leadership of the Communist Party of China, no doubt, looks to the future with a great sense of confidence. And for my part, I certainly would hope that the Communist Party will continue to embrace reform and opening, progress, and good governance at home, and peace and development abroad. And I think those are all objectives that I think would serve China well.