Download
Graphics: What you should know about CPC's practice in China's human rights protection
CGTN 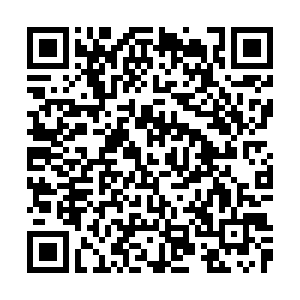 As the Chinese Communist Party (CPC) – the ruling party of the world's second largest economy – marks its 100 anniversary, China issued a white paper on Thursday on the Party's practices in respecting and protecting human rights.

At a time when hundreds of millions struggling with poverty and starvation, the most pressing task was to grow the economy and to ensure that people can have enough access to life essentials such as clean water, food and clothes – in other words, to live, the white paper read.

With an urgent need to pull people from an abyss of bitterness brought by the oppression and slavery that had shackled the nation for over a century, the CPC believed what mattered most for its people is to live a happy life, the white paper read.

For them, the rights to subsistence and development should be regarded as the most primary and basic human rights.

Over the years, China's people-centered human rights philosophy has been under groundless attacks by some Western countries due to the lack of understanding of different development paths. But data seems to tell a different story. 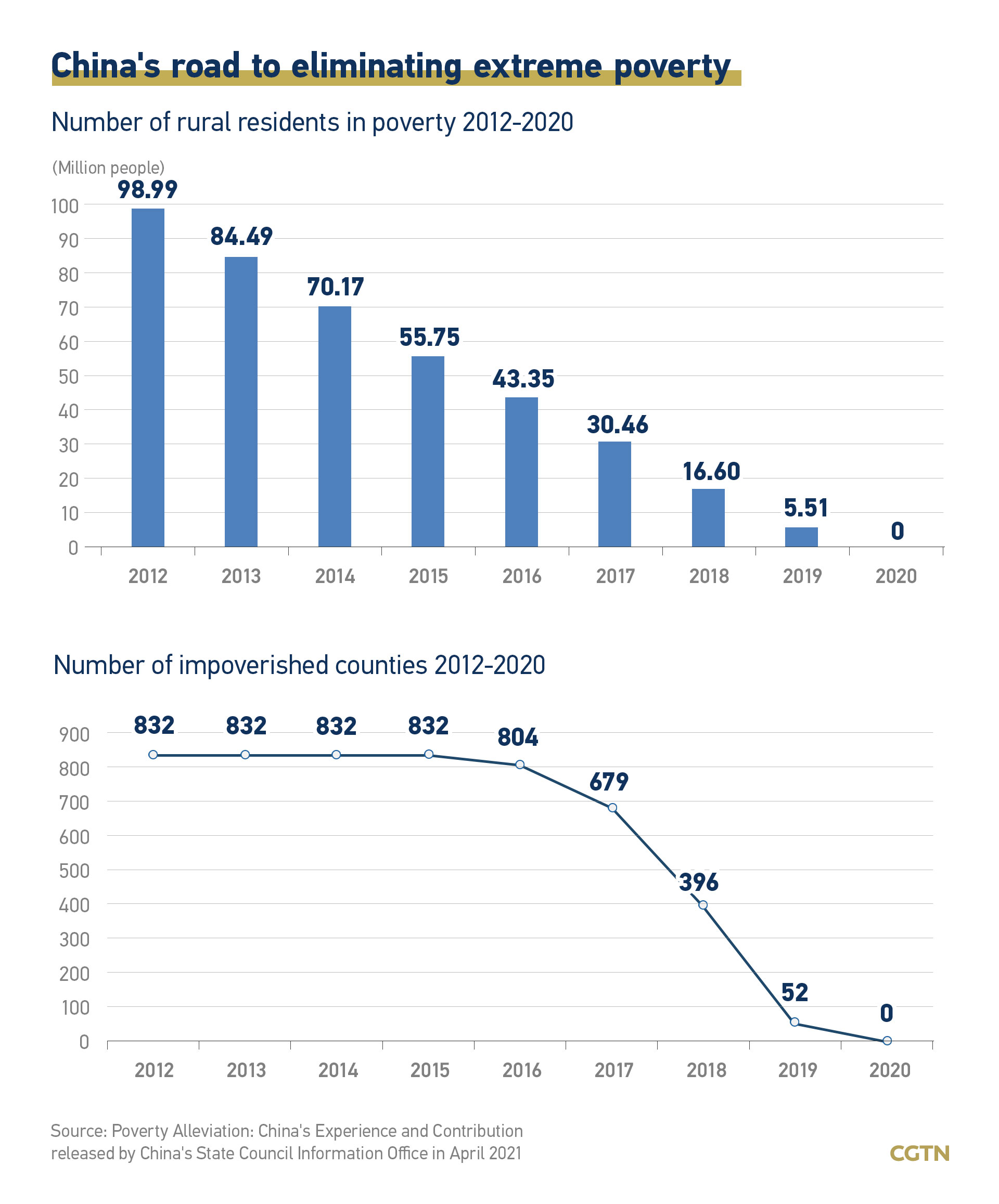 Poverty is the greatest obstacle to human rights, the white paper read. China eliminated absolute poverty at the end of 2020. All the 99 million rural poor living below the current poverty line were raised from poverty, as were all the 832 counties and 128,000 villages classified as poor. Overall regional poverty no longer exists. Meanwhile, the average annual disposable per capita income has been on the rise, from 98 yuan in 1956 to 171 yuan in 1978 to 32,189 yuan last year. 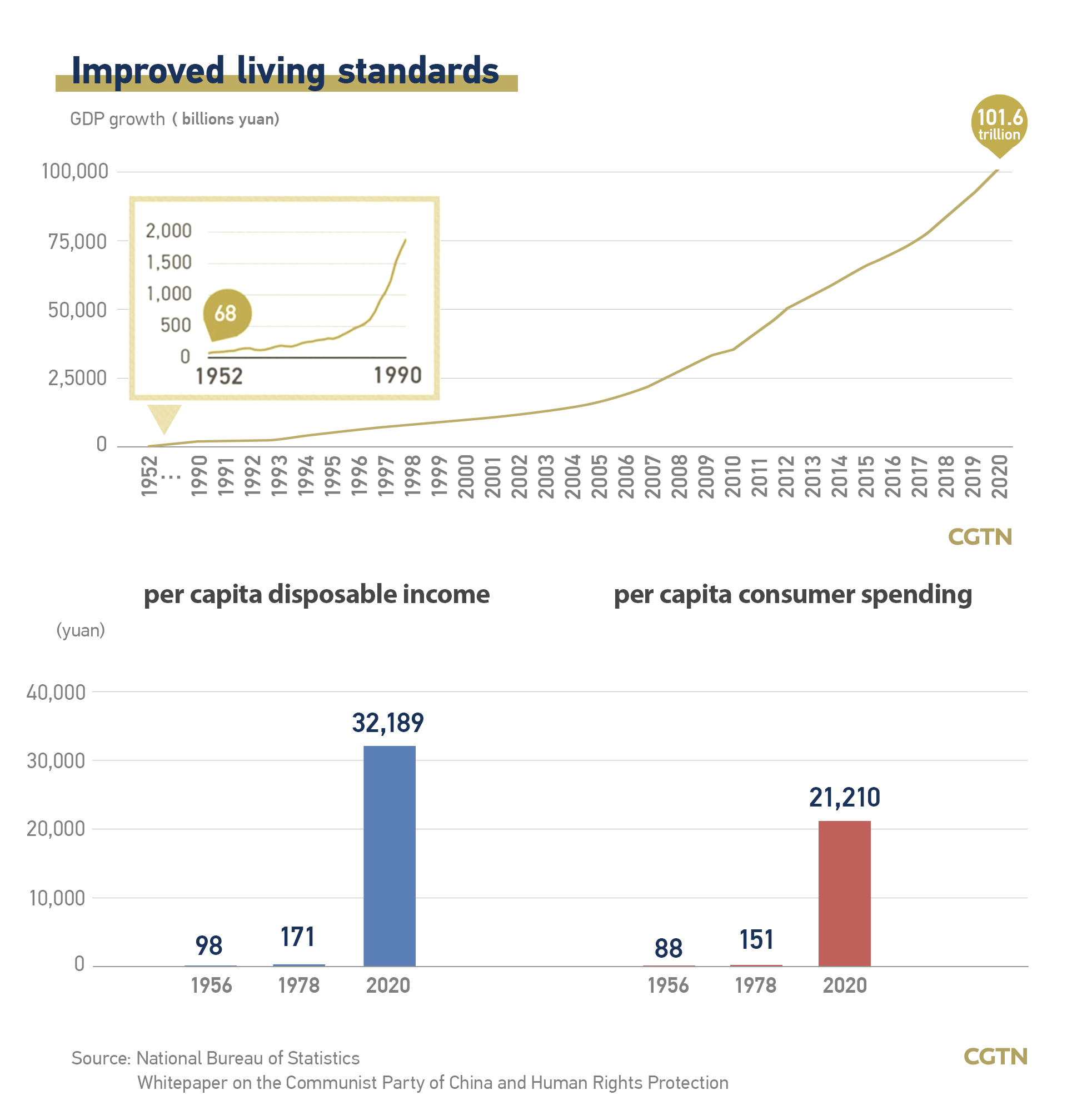 Apart from some major economic indicators, the average life expectancy of the Chinese people has more than doubled over the past 70 years: from 35 years around 1950 to 65 years in 1980 and to 77.3 years in 2019. Advances in pharmaceuticals and medical technologies not only played a role in extending lifespans but also in fewer infant mortalities.

The infant mortality rate has dropped from 200 deaths per 1,000 live births to 48 per 1,000 in 1980 and to 5.6 deaths per 1,000 in 2019. Maternal mortality has declined nearly tenfold. The dramatic declines are partly due to the introduction of real-time ultrasound and MRI machines, among other medical and operation technologies, thanks to the opening-up policy. 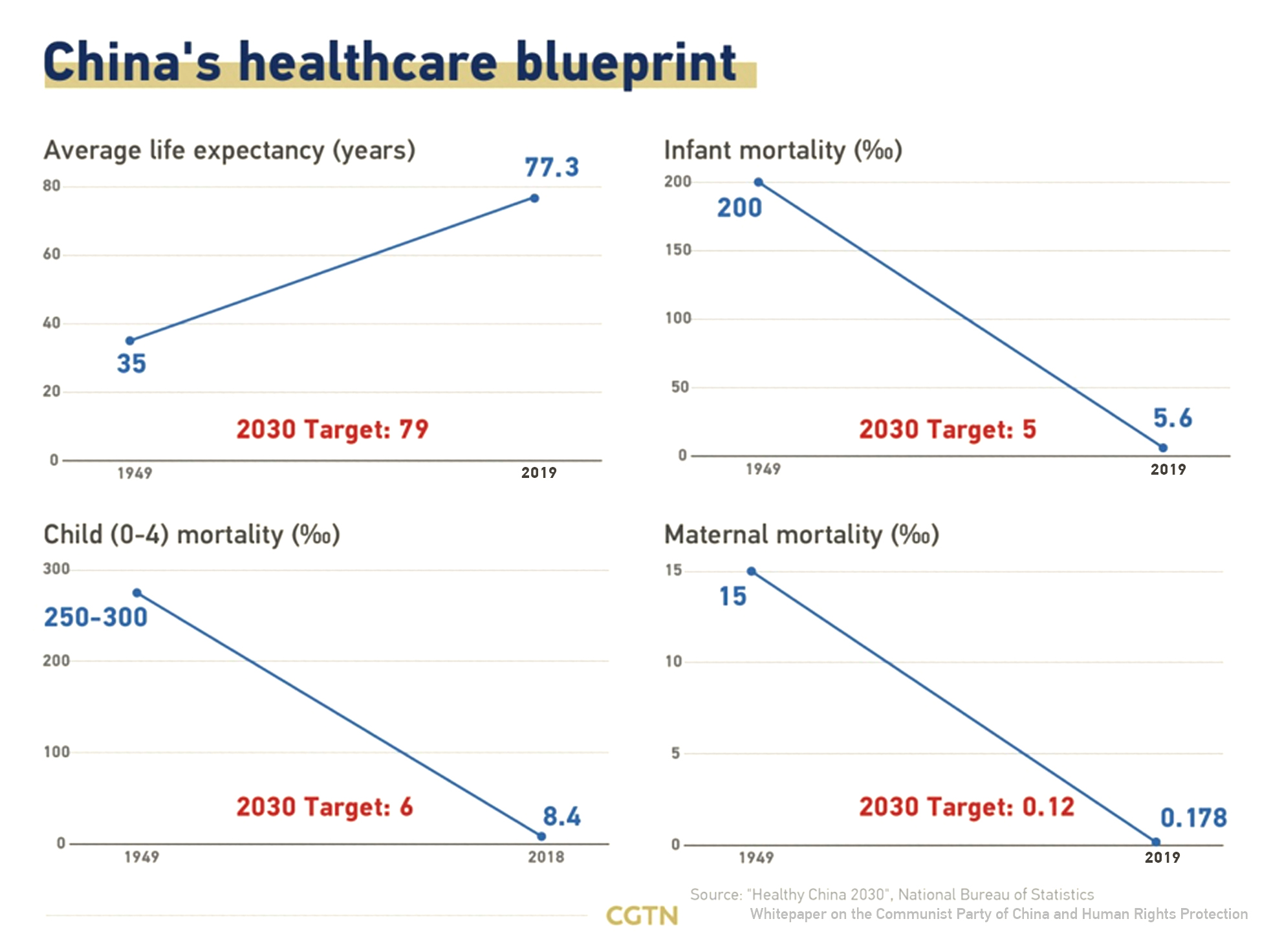 Back in 1949, some 80 percent of the Chinese population were illiterate, with the enrollment rate in primary education standing below 20 percent. That figure was raised to 95.5 percent in 1978. The momentum continued and by 2020, the graduation rate of nine-year compulsory education reached 95.2 percent. In this metric China has reached the average of high-income countries.

The country has also witnessed a steady rise in the higher education enrollment ratio, from 0.22 percent after the founding of the People's Republic of China to 2.22 percent around 1978, reaching about 50 percent last year. Government spending on education remains above four percent of GDP for eight consecutive years in a row. 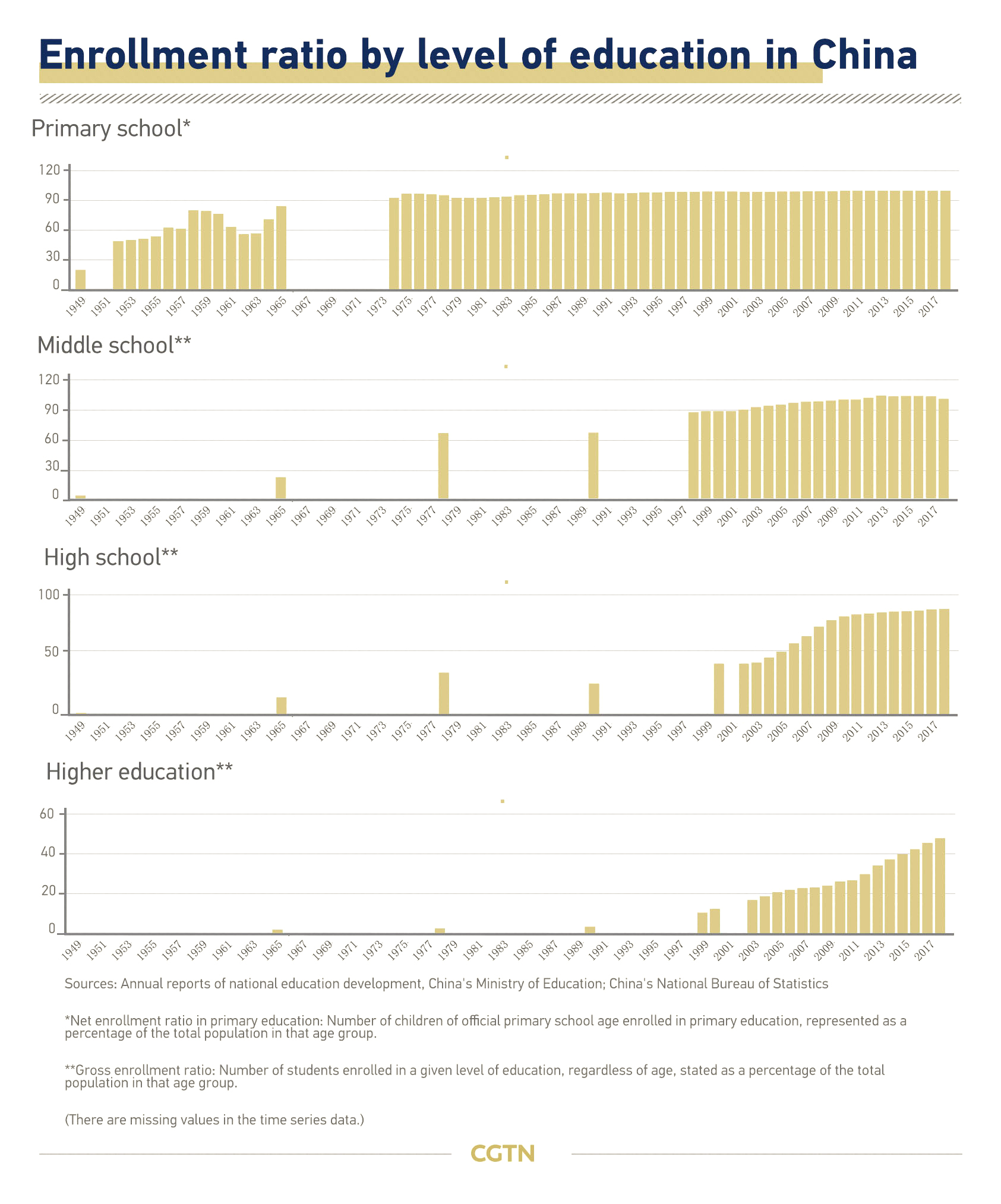 On the world stage, China has engaged in safeguarding world peace and sought progress through cooperation, ensuring human rights with the benefits deriving from development, and has been an active participant in matters of international human rights while working with other countries to forge a global community of shared future, according to the white paper.

During this year's UN Human Rights Council meeting, Ambassador Chen Xu, China's permanent representative to the UN Office in Geneva said, the 1.4 billion Chinese people, as masters of their country, are living a safe and happy life, enjoying equity, justice, development and prosperity.