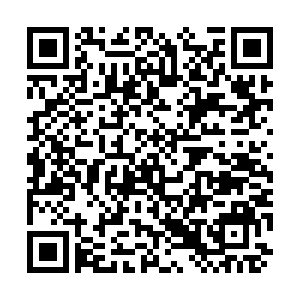 China on Friday issued a white paper on the distinctive characteristics and strengths of its party system.

China's party system, consisting of the Communist Party of China (CPC) and eight other political parties, is based on a cooperation-and-consultation-oriented working model, the white paper read. 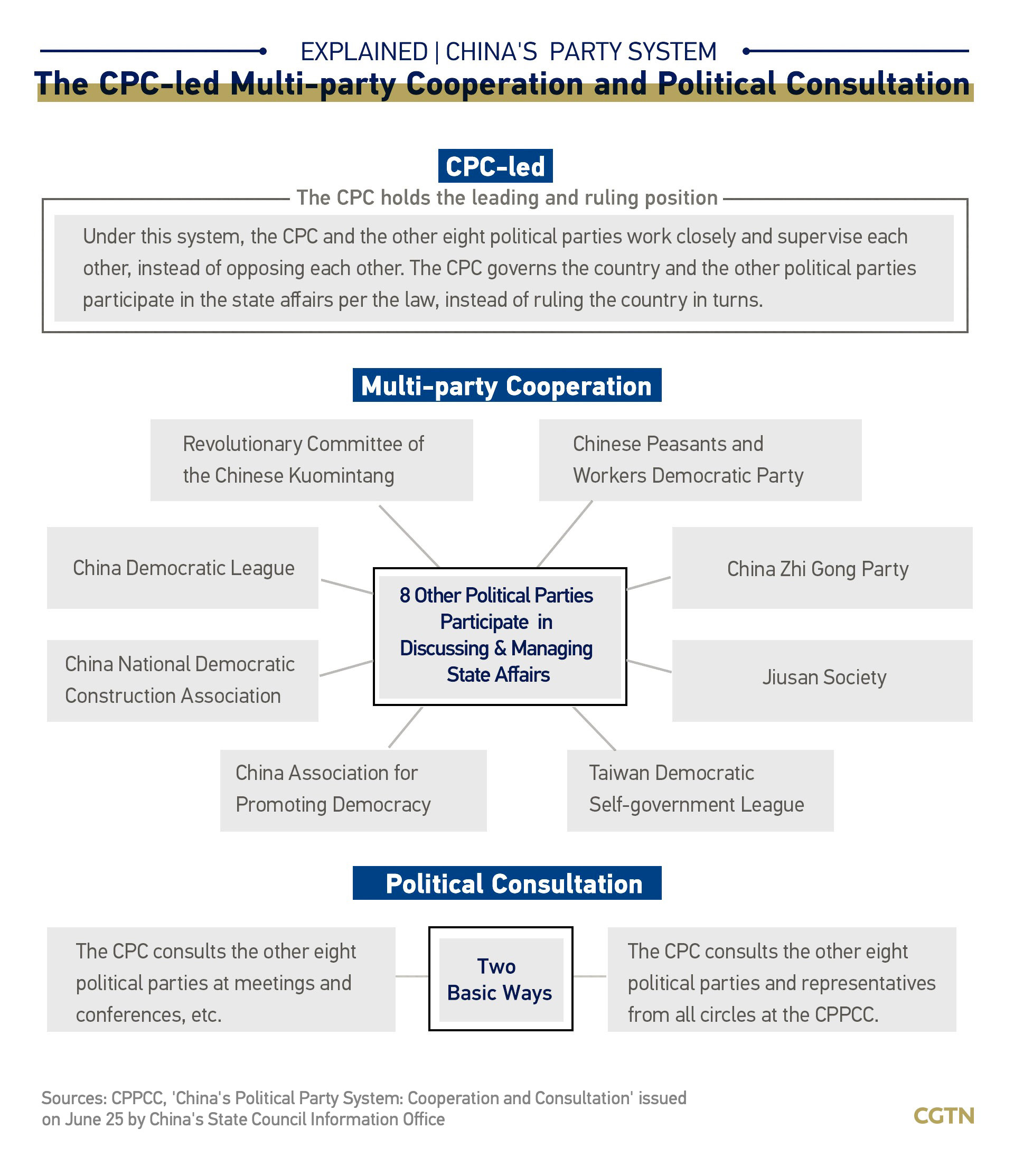 The system unites all political parties and non-affiliates towards a common goal, mitigating the risks of inadequate oversight in one-party rule, and the problems of power rotation and destructive competition among multiple political parties, according to the white paper.

It can help build powerful social synergy and pool all resources to complete major missions for the benefit of the people, the paper read.

In terms of total membership, CPC reached 91.9 million members by the end of 2019, while the other eight political parties totalled 1.3 million members. 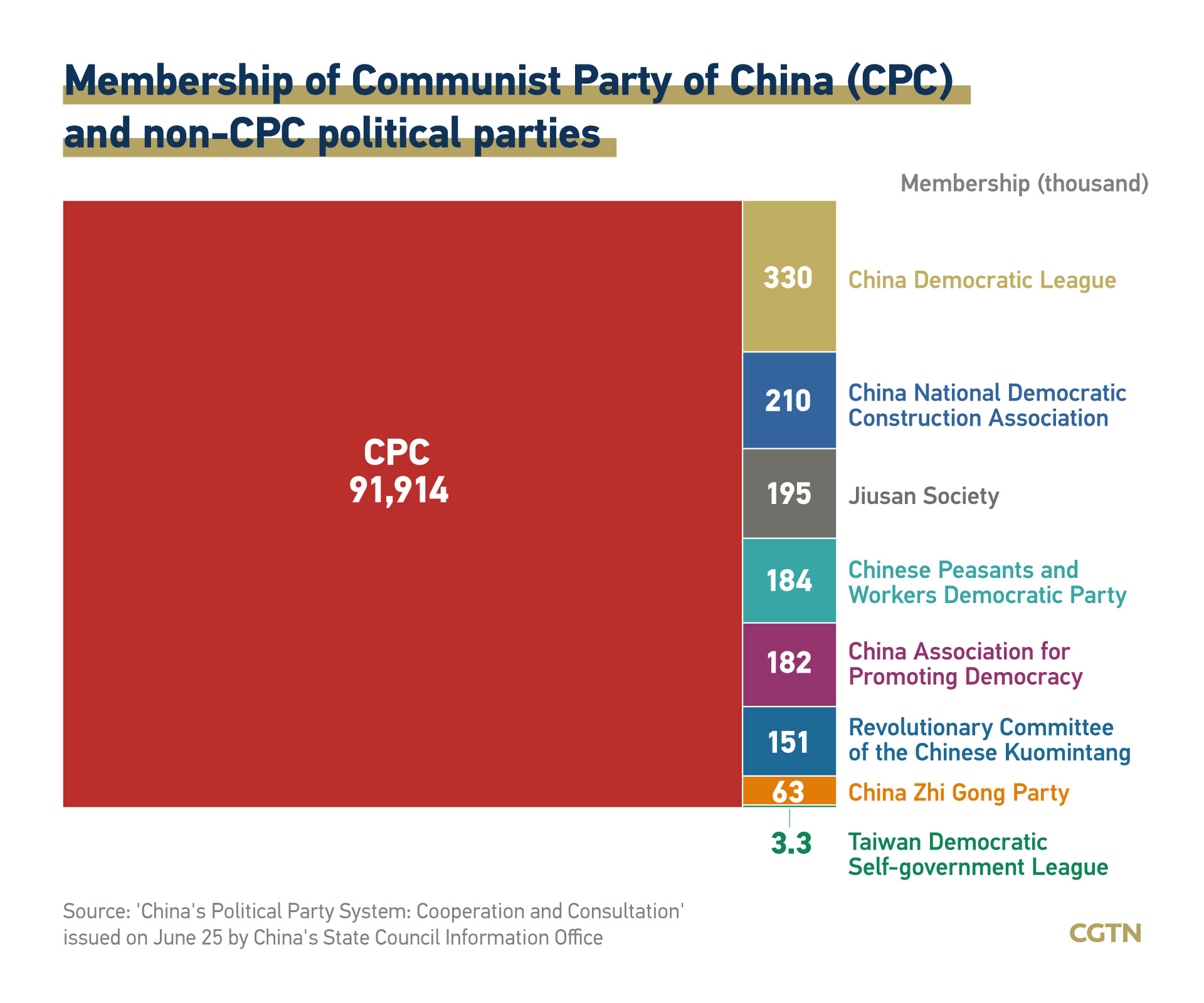 The system, now a basic political system in China, was established and developed jointly by the CPC and other political parties in their commitments to China's long-term development.

The Chinese People's Political Consultative Conference (CPPCC) serves as a key mechanism for multi-party cooperation and political consultation under the leadership of the CPC.

China's political party system is the product of a historical process, conforming with the country's realities and its needs in state governance, according to the white paper. As China celebrates the 100th anniversary of the CPC this year and marches on toward future development goals, it will continue to improve the efficiency of its political party system, the paper read.