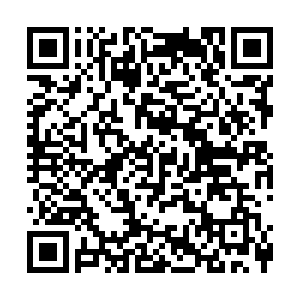 A Chinese envoy on Thursday called for international efforts to put an end to colonialism and expounded China's position on the Malvinas Islands.

The question of the Malvinas Islands, also known as the Falklands, is essentially a legacy of colonialism, said Geng Shuang, China's deputy permanent representative to the United Nations (UN).

Colonialism has brought great suffering to the world and left an extremely disgraceful page in human history. Today in the 21st century, long gone are the days when Western colonialists had free rein. However, in international relations, colonial thinking, power politics, and bullying, which share the origin with colonialism, are still manifested in various forms, seriously impacting the normal international order and severely undermining the sovereignty, security, and development rights of countries concerned, as well as their political, economic, and social stability, he said.

"The international community must remain highly vigilant about this," he told a session of the UN Special Committee on Decolonization.

This year marks the first year of the Fourth International Decade for the Eradication of Colonialism. The international community should continue to take necessary measures to uphold fairness and justice, ensure that all forms and manifestations of colonialism are genuinely put to an end and promote the decolonization process of the 17 UN non-self-governing territories, including the Malvinas Islands, said Geng.

Britain and other administering powers should earnestly fulfill their international obligations in accordance with relevant UN resolutions and protect the legitimate rights of the people of the non-self-governing territories, he said.

China's position on the question of the Malvinas Islands has been consistent. It firmly supports Argentina's sovereignty claim on the Malvinas Islands, he said. "China has always maintained that territorial disputes between countries should be resolved through peaceful negotiations in line with the purposes and principles of the UN Charter. We hope Britain will actively respond to Argentina's request, start dialogue and negotiations as soon as possible with a view to finding a peaceful, just and lasting solution in accordance with relevant UN resolutions."

Argentina and Britain have been at odds over the sovereignty of the Malvinas Islands for decades, and their dispute led to a brief war in 1982. The Malvinas, or the Falklands as the British call it, is controlled by Britain, but Argentina maintains they are part of its territory.

(Cover: China's deputy permanent representative to the UN Geng Shuang speaks at a session of the UN General Assembly, November 6, 2020. /China's Permanent Mission to the UN)