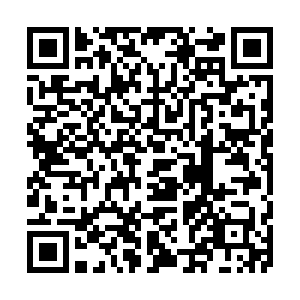 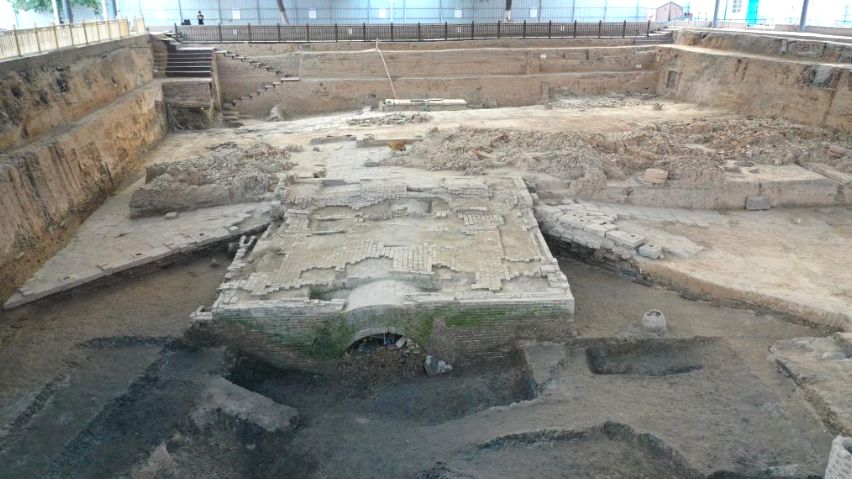 The stone bridge has a deck measuring 30 meters in width, as broad as modern, eight-lane highway bridges.

The bridge that was built during the Tang Dynasty (618-907), crosses the Bianhe River, a section of the Grand Canal, which is a vast waterway connecting the northern and southern parts of China. The bridge became a landmark structure in Kaifeng when the city served as the capital during the Northern Song Dynasty (960-1127).

The bridge prevailed through six dynasties until it was buried by sediment from the flooding of the Yellow River in 1642. It was discovered by chance in 1984. The Henan Institute of Cultural Relics and Archaeology initiated the excavation of the bridge in 2018.

Zhou Runshan, who is overseeing the project, said the deck's exposed stone slates had been dated to Ming Dynasty (1368-1644). The team also unearthed a Ming Dynasty temple hosting the god that protected the river, as well as a trove of cultural artifacts such as gold-plated copper statues, copper coins and well-preserved blue and white porcelain.

The findings provide important evidence for the study of the canal culture and civilization in the Yellow River basin, Zhou said.