Download
Chart of the day: Substance abuse among American youth
By Hu Xuechen 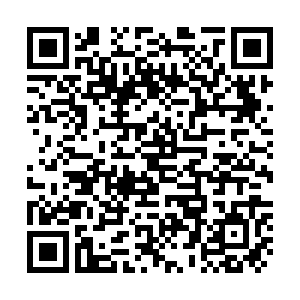 Planned on majoring in history, loved soccer and hip-hop music, and worked on producing an album, the 19-year-old Stanford sophomore died from drug abuse in a frat house on campus in January 2020. The death of the promising young man was neither the first nor last on U.S. campuses.

CGTN gathered drug overdose deaths in frat parties from media reports since 2016. Tragedy has repeated itself every year in fraternities, university-recognized student organizations. These organizations operate on a national scale and have established local chapters at colleges and universities. 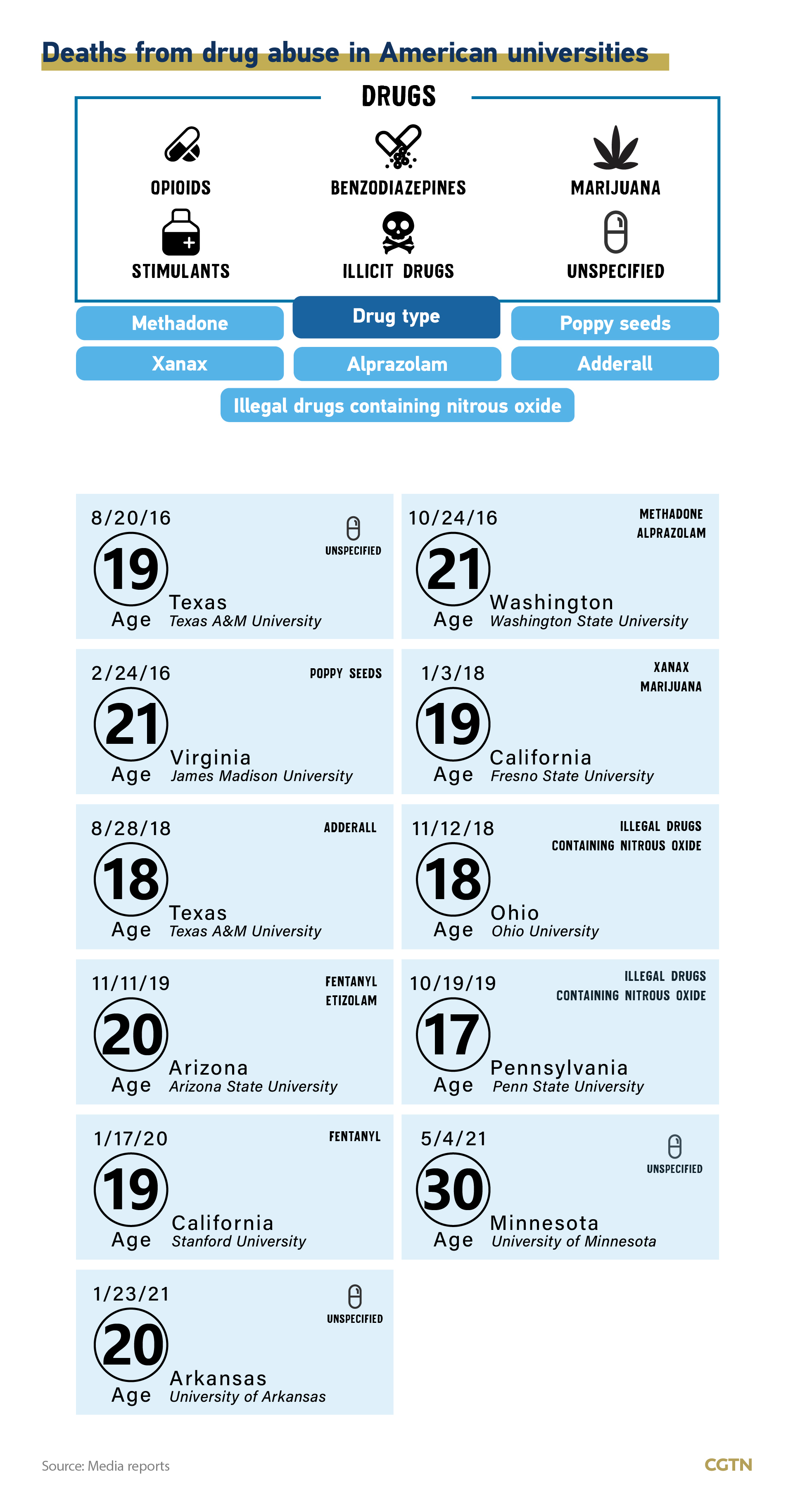 With loose administration and ignorance of substance abuse on campus, U.S. universities not only see overdose death, but also student drug dealers.

In December 2020, U.S. prosecutors charged 21 people, including current and former university students, with operating a cross-country drug ring within fraternities. The group"poisoned" other students at events and parties with a large variety of illegal drugs, according to the officials. The total profit reached $1.5 million.

Yet, drug problems arise in youth even before they enter universities. A nationwide survey data shows that nearly 16 percent of 8th graders in the U.S., commonly aged around 13-year-old, used illicit drugs in the past year. The percentage steadily grows annually. For 10th and 12th graders, the number slightly decreased, yet, both remain above 30 percent. 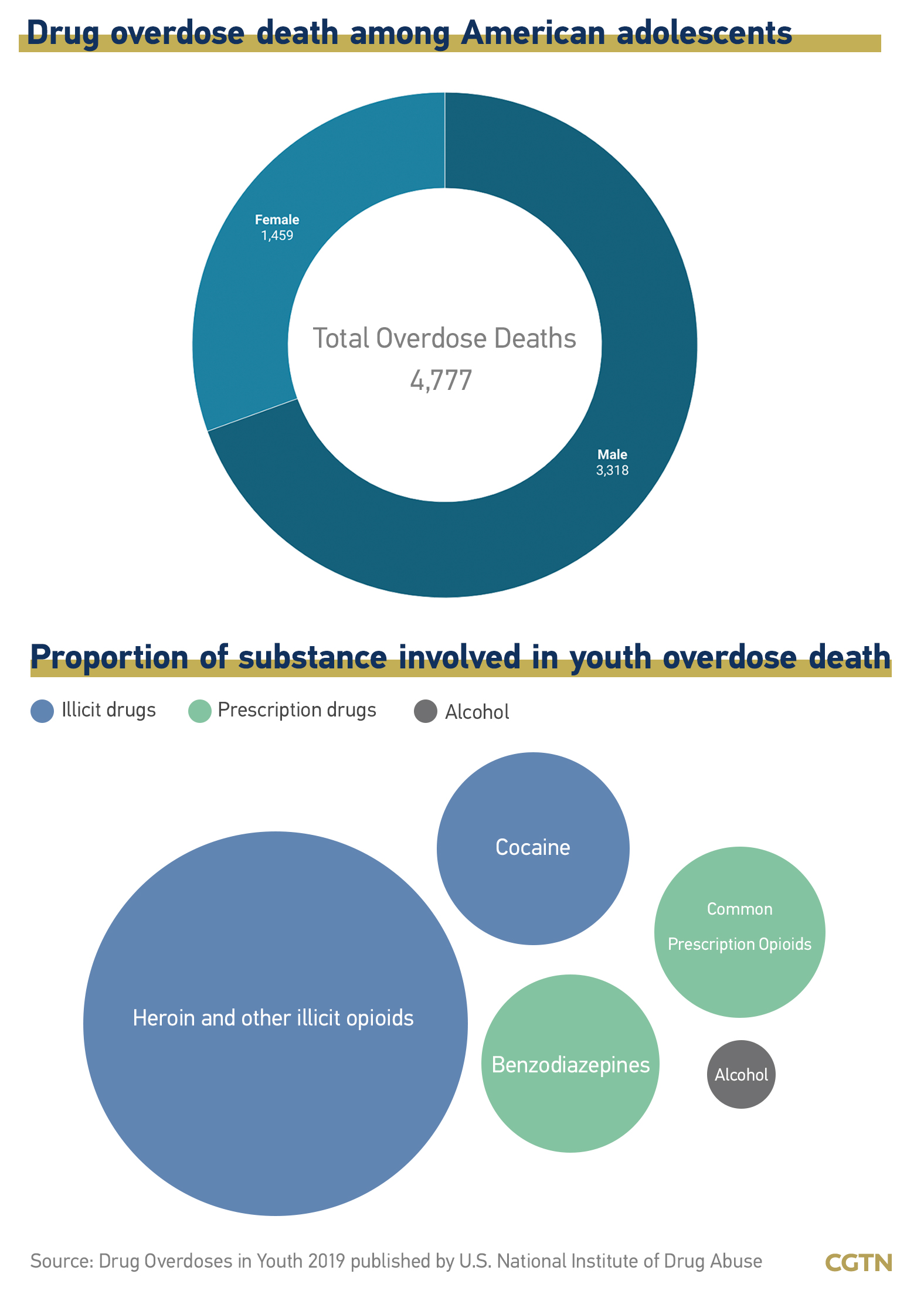 In 2019, 4,777 American youth aged between 15 and 24 died from substance abuse, according to data from the U.S. National Institute on Drug Abuse. Heroin and other illicit opioids are a few of the types that are involved most in these overdose deaths. 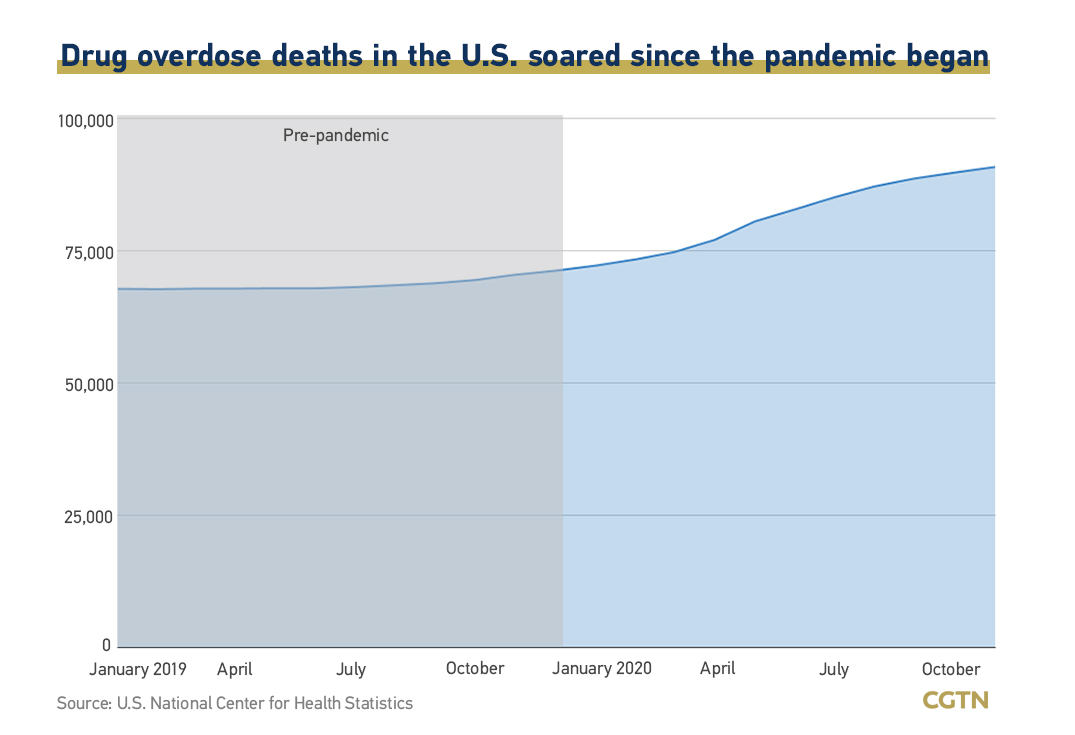 The overall drug problem in the country has worsened. The U.S. Centers for Disease Control and Prevention released data on drug overdose deaths in the country, which showed more than 90,000 people died from substance abuse in the 12 consecutive months ending by November 2020, a nearly 30 percent increase from the same period last year. The number started to soar ever since the onset of the pandemic in the country.

However, many treatment programs temporarily closed during the COVID-19 pandemic, leaving the epidemic of substance abuse surging in the country.

June 26 marks the International Day against Drug Abuse and Illicit Trafficking. It expresses the determination to strengthen action and cooperation to achieve the goal of an international society free of drug abuse. The COVID-19 pandemic has slightly smoothed over in the U.S. Yet, when will the country sound a warning for its drug abuse epidemic?