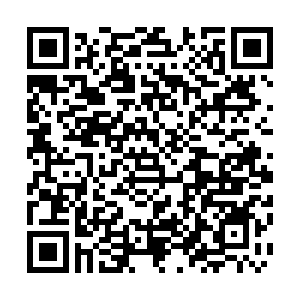 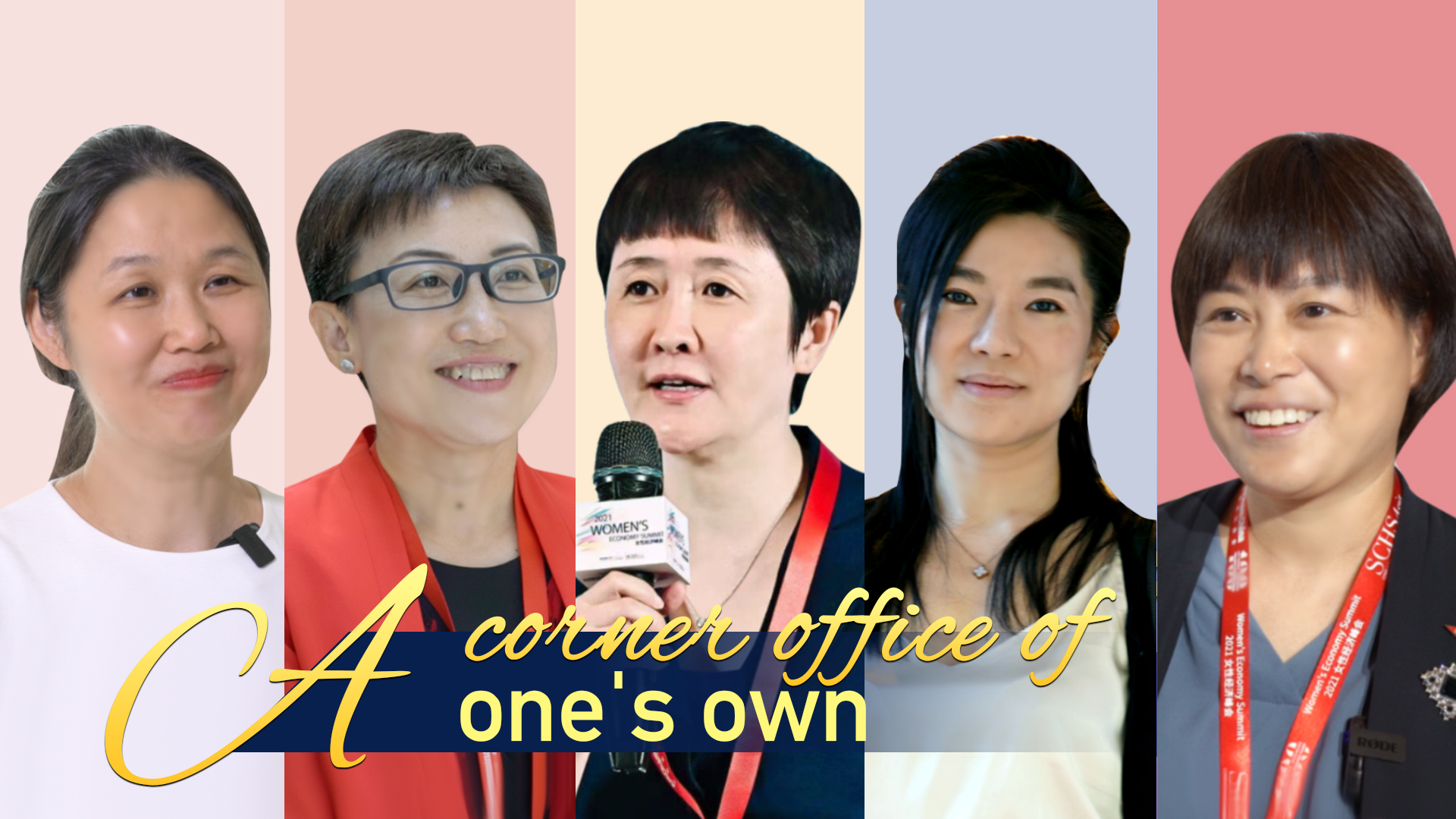 This March, Gong Xiaosi attended a meeting with portfolio companies only to discover that she was the only female among the 36 people present. "How do you lead a gaming company as a woman?" the investors asked. "Like a man," she replied, in an ironic tone.

Gong founded three startups spanning a variety of industries over the years. Now she leads Wafa Games, a mobile game development studio that uses state-of-the-art technology to create fun gaming experiences. She's one of the few women in the C-suite in China, all while facing unconscious bias and discrimination in the workplace.

"There are those who come up and say 'you should make people forget as much as possible you are a woman'," Gong told CGTN on the sidelines of the 2021 Women's Economy Summit. That's a predicament confronting most female executives, even more so for those who are mothers that have to juggle between their home and work lives. "With all the technology, life is work, work is life. You can't draw a very clear boundary for life and work 100 percent," said Xu Yang, vice president of the Greater China Region at Dow Chemical.

I was born in the 1970s and grew up with the adage that women can hold up half the sky.
-  Xu Yang, VP at Dow Greater China

China ranks well when it comes to encouraging businesses to promote gender equality, notes the survey Women, Business and the Law 2021 by the World Bank. The country scored 75.6 out of 100, ranking higher than the average across East Asia and the Pacific (71.9). But while China has one of Asia's highest female labor participation rates at 60.4 percent in 2019, most of them go into basic and mid-level positions instead of senior management and sitting on corporate boards.

According to a 2019 gender report by the Credit Suisse Research Institute, some 15 percent of Chinese women hold senior management positions, lower than the global average of 17.6 percent. When it comes to women on the boards of directors, that proportion is even grimmer – at 11 percent, barely half of the global average.

While there are still traditional expectations for women to mind the household over their careers, another factor blocking their path up the career ladder is a pension system that puts in place different retirement ages by gender. For more than four decades, the statutory retirement age for men has been 60 while it has stayed at 55 for female professionals and civil servants, and 50 for blue-collar women.  There are, in recent years, more exceptions for a slew of occupations that allow a longer window for advancement. For instance, more hospitals are allowing their female doctors at the associate professor level and above to retire at 60.

Li Ye, vice president of Merck who also sits on the country council of this leading science and technology multinational, suggests aligning women's retirement age with that of men might prompt employers to invest more in a women's career development and hence narrow the gender leadership gaps.

"However, it's a good time for women in the workplace," she observed. Nowadays, women have the guts to take on more responsibilities within a more open, inclusive society brimming with business opportunities. China's booming digital economy, which contributed some 40 percent to the country's GDP in 2020, has kept the professional lives of working moms afloat during the pandemic, when much of life has moved online.

Li said such a socio-economic landscape gives her confidence. She joined a multinational corporation over two decades ago. "Back then, most women took on the roles of secretary or in administration at my workplace. Now my company has over 50 percent of females assuming managerial roles and becoming country council members. In China, that happened over a short span of 25 years." 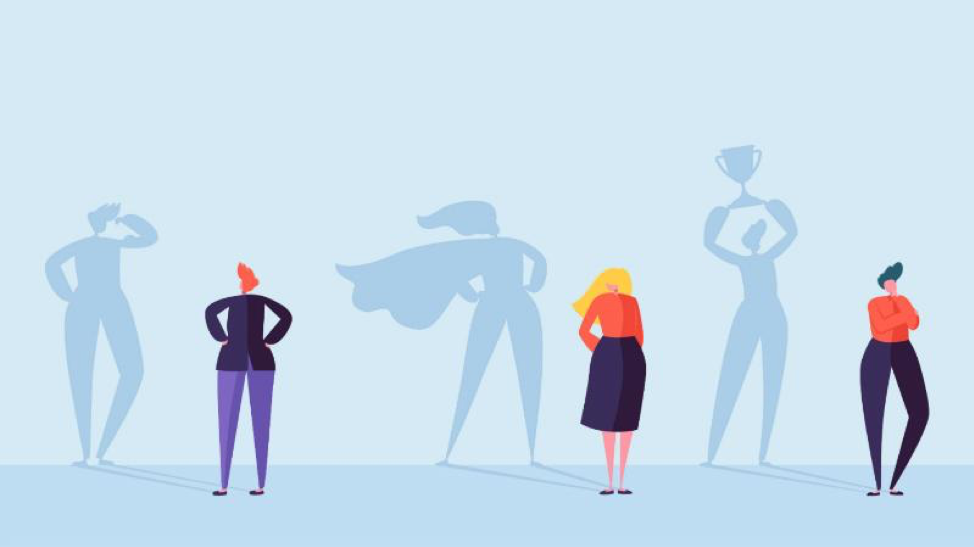 Pan Zhongying illustrated the change in social perceptions with her own career. In 2008, she was appointed general manager of Beijing United Family Hospital at the age of 36. At a conference held by the National Health Commission, it took other healthcare executives, mostly men, a longer period to believe that she was a superintendent herself. Over the years, the notion of women leading hospitals has become more acceptable.

But there's still a long way to go. "We see a lot of female doctors and nurses, but very few women executives in hospitals. It's the same in the U.S. where women make up less than one third of those climbing to the helm," she told CGTN. Pan, a mother of two, compares women to "jugglers" who have the potential to balance family and work. Now a public healthcare PhD at John Hopkins, she said she never felt there was a glass ceiling.

These women, in their 40s and 50s, have blazed a trail for those coming after them. Born in 1986, Gong took advantage of this sea change during her entrepreneurship. "The environment for women CEOs in China is friendly, compared to many of my female entrepreneur friends in other countries," she exclaimed. "If you are talented, if you are ambitious, if you are tough enough, I think you can acquire resources to lead the team."

At the age of 26, the youngest national chess master of China founded ai.Law, a robotic company providing affordable legal services to people with limited access to the justice system. Three years later, she, a veteran gamer herself, turned to the gaming industry, aiming to enhance gaming experiences with digital dignity. At 30, she was named one of the 35 innovators under the age of 35 by MIT Technology Review with her breakthroughs in game AI and related algorithms.

It's about how I use being a female, use my talent and creativity to explore the unknown. I'm a woman, and I'm very proud.
-  Gong Xiaosi, founder and CEO of Wafa Games

In addition to an accommodating environment that champions women, firm male allies also play a role. "I was born in the 197os and grew up with the adage that 'women can hold up half the sky.' Men are educated in the same way," said Xu, also a former vice chair of the American Chamber of Commerce in China. She has a very supportive husband who shares childrearing and household chores all the way through her marathon to the top.

Early in her career, Li sat in the room and wrote speeches for her male bosses to prepare them for conferences. Now it's her turn. "I'm the beginner. I like to demonstrate more of myself in front of the public so that my ideas will be heard."

As more women join the C-Suite and make decisions in human resources and corporate business expansion, they are eager to bring to the fore the inequalities that continue to plague women. Parity in gender earnings remains lackluster, though women earn 88 percent of what their male counterparts earn in the latest poll, higher than 77 percent two years ago. Women from non-metropolises have fewer career choices than those in Beijing, Shanghai and other first-tier cities. Many constantly face innate discrimination starting from recruitment to pregnancy to promotion.

Xu sits on the interview panel at Dow, which has adopted a hiring practice: There must be a female candidate in each new hiring or the position will remain open. Also, every interview panel should have at least one woman to make sure that bias, conscious or unconscious, is minimized in the process.

"From 2016 to 2020, we increased female employees by over 40 percent in corporate business," said Jin Songhua, CFO of the Greater China region at Microsoft. When it comes to tech-related roles, there's an 80-percent surge, much higher than Silicon Valley giants such as Google and Facebook, where only one in five coders are women.

Yet more is waiting to be done for this minority in the world of technology. "We have the responsibility to help younger women grow so that they can achieve what we did much sooner," Jin grinned.

Studies show that companies with women in the C-Suite tend to have higher profit margins than those without. Women tend to be more empathetic, inclusive, and capable of multitasking in the workplace.

We now want to lean in, to move a step forward to appear on camera to get our voices heard.
-  Li Ye, VP at Merck China

While these women are paving the way for the younger generation, they are also tending to the needs of female users or customers. Pan's team observed that elderly women in China usually choose to endure pain due to a prolonged sense of illness-related shame. "There's a large gap between middle-aged women and their mothers when it comes to seeking medical advice," Pan said. So they've set up courses on treating chronic diseases among older females.

In operating ai.Law, Gong surprisingly found that 67 percent among some 6 million users were women. "That discovery made me realize that women are still at a systemic disadvantage in law." Her startup hadn't targeted women, but it turned out to have benefited them more.

When she moved to game development, she specifically put in a female perspective as girl characters in games are always portrayed in a sexy, male-pleasing way, or sacrificing for their team members as tragic heroines. What she's doing is reshaping some of the female characters into the strongest warriors. Now Wafa has over 1 million gamers worldwide, 40 percent of whom are women.

These women who are at the top of their game professionally have continued to push boundaries even though society had dictated otherwise. As younger generations take up the mantle, perhaps one day there will no longer be the need to assume male traits to succeed in a cutthroat corporate environment. In fact, they've demonstrated that one can be a woman and a corporate leader all at once.

Maybe more executives, men and women, can react like Xu did when a female employee came to her one day to apologize for being pregnant. "Why are you sorry?" Xu said. "It's something worth celebrating. Congratulations!"