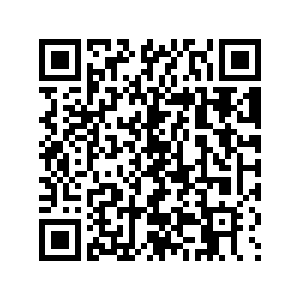 It is common knowledge that China has the world's largest population. But did you know that China is also home to one of the largest political parties in the world? Yes, we are talking about the Communist Party of China (CPC), which has a membership of over 95 million as of June 5, 2021.

Established in 1921, the CPC celebrates 100 years of its founding this year. On this momentous occasion, CGTN brings you an interactive guide "Who Runs the CPC" that can help answer questions you might have had about the Party.

What is the structure of the CPC? Who can join the Party? How are its cadres elected? How does it make and implement policies? How does it run? And most importantly, who runs it?

The interactive is a two-part presentation that will guide you through the Party's organizational structure using a bottom-up approach and the process of policy implementation using a top-down route.

The first part uses the structure and workings of a nervous system as an analogy to explain the Party structure, which can be broadly classified into three tiers: the central (the brain), the local (the spinal cord) and the grassroots (a network of nerves and neurons) levels.

At the grassroots level, individual members make up Party Branches, the smallest group in the structure, which can be clubbed into bigger groups called General Party Branches.

At the local level, there are provincial, city and county Party congresses and committees. They serve as the spinal cord linking members at the grassroots with the top Party tier.

At the central level, there are the top decision makers – the National Congress and its Central Committee.

All these are the questions that the first part of the interactive answers.

As for the second part, we attempt to answer a question that has made many people curious: How does the Party operate and implement policies?

Simply put, members at the grassroots report the situation on the ground to mid-level organizations that summarize and review the inputs before the top leadership makes decisions, which are then implemented from top to bottom at all levels.

But how does it exactly work? The second part of the interactive explains this process by taking the example of how the Party implemented its policy of targeted poverty alleviation in Jiayi, a village in southwestern China.

The top leadership of the Party made the policy of targeted poverty alleviation through a painstaking process of getting to know the challenges people face on the ground.

The policy was made, the decisions taken and directives issued, among others, to train and dispatch poverty alleviation officers to the grassroots, Jiayi Village in this case.

In 2019, a Party member was dispatched as poverty alleviation officer, who gauged the actualities, made personalized plans for the village and turned the village around by the end of 2020. What kind of measures did he take? How did the Party officials at the county and prefecture levels help him? And to begin with it all, how did the topmost leadership of the Party guide the entire process?

The interactive answers these questions in detail. From this case, you can see what has been done to lift Jiayi Village out of poverty. And behind it was the Party, and specifically the people who run it.