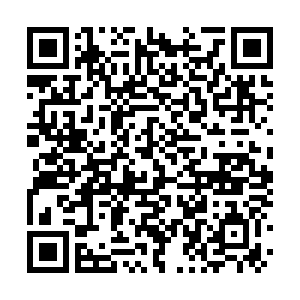 Alice Powell of Britain celebrates on the podium after winning the W Series opener at the Red Bull Ring in Spielberg, Austria, June 26, 2021. /CFP

Alice Powell of Britain celebrates on the podium after winning the W Series opener at the Red Bull Ring in Spielberg, Austria, June 26, 2021. /CFP

Powell, who was also fastest in Friday's practice and qualifying, led from start to finish in the race full of collisions and spins on the track of F1's Styrian Grand Prix, also being held this weekend.

Powell won the last race of the inaugural W Series two years ago at Brands Hatch in West Kingsdown, England, to finish third in the drivers' standings.

In the first race of the Series' second season on Saturday, defending champion Jamie Chadwick finished seventh, having started eighth after a technical issue in qualifying. Chadwick had to chase from the back of the pack after she was hit from behind on lap two by Jess Hawkins, an incident that was under investigation by stewards.

The second race is scheduled on the same track in the Austrian Alps next Saturday, a day before F1's Austrian Grand Prix.

The W Series is an all-female championship, aimed at promoting women in motorsports as drivers and engineers. It started in 2019 but was canceled last year amid the pandemic.

This year's W Series will race alongside F1 at eight Grand Prix weekends.

Organizers of the W Series said 2021 is a "transition year" for the event as points and standings will be kept this year but a team's championship will not be officially counted until 2022.

"The difference between this year and next year is that we will be both a drivers' and teams' championship next year," W Series CEO Catherine Bond Muir told therace.com recently.

"We're not going to be a constructors' championship because at the heart of the DNA of W Series is that all the cars are going to be identical, it's a one-make series. That is important for us, because what we're about is finding out who the fastest drivers are," she said.

"Another part of our DNA is the fact that we support the drivers financially. For example, they bring no money to us, and we pay all of the expenses. That is going to be the same going forward."

"In our contracts with the teams, they're not allowed to charge the drivers for their seats," she added. "For me, it's of crucial importance that we don't discriminate against poorer drivers."