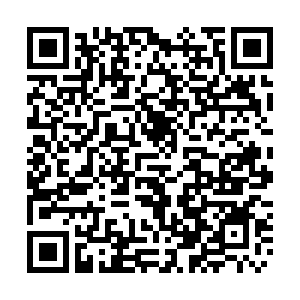 A Serbian expert has described what happened in China in the last century as the "Chinese miracle," noting the main contributors to that miracle are the Communist Party of China (CPC) and Chinese President Xi Jinping.

In the center of Belgrade, inside a classic building from the early 1930s, is the Institute of International Politics and Economics. One of its top researchers is Ivona Ladjevac. She leads the Regional Belt and Road Center, a part of the institute. She is one of Serbia's top experts on China, yet her area of expertise goes beyond Serbia-China bilateral relations. Her doctoral dissertation was about the strategic partnership between Russia and China within the global security context.

CGTN spoke with Ladjevac in Belgrade about the CPC's impact on China's development during the last century.

"Well, I have to admit that my first visit to China was in 2011. I went there full of prejudices based on the Western media, of course. I was expected to see an underdeveloped country. But when I got there, I was surprised to see the modern country with huge buildings and people who are well educated," Ladjevac said, starting our half-hour discussion.

She continued with her perspective on how the Western media show bias when reporting about China and how they are ramping up the negative stereotypes about the Chinese people and society. Her experiences in China were quite the opposite.

"All the people that I met there were very sincere, and they were very open towards me, and they wanted to share with me their knowledge."

She also labeled CPC's actions during the COVID-19 pandemic as remarkable.

"They managed to preserve the lives of their citizens, and above that, they succeeded in implementing everything that they planned. That proposal made by President Xi is something that will keep him in history as a very significant person of the 21st century."

In the end, Ladjevac sent a message to China's citizens and the CPC members: "I would like to greet the CPC members and all citizens of China happy first hundred years of existence. I believe that they will have many, many more such important anniversaries. All of them will be as successful as this one. And this year, they are celebrating under the circumstances and conditions when the poverty line and the poverty is eradicated. And I'm sure that the next anniversary will be in green and beautiful China."