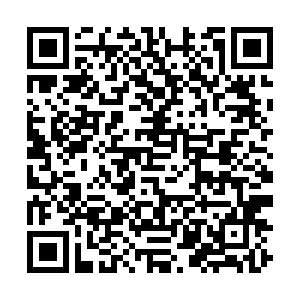 The U.S. military launched air strikes on what the Pentagon described as facilities used by Iran-backed militia groups in the Iraq-Syria border region, according to a Pentagon statement on Sunday.

"The U.S. strikes targeted operational and weapons storage facilities at two locations in Syria and one location in Iraq, both of which lie close to the border between those countries," the statement read. 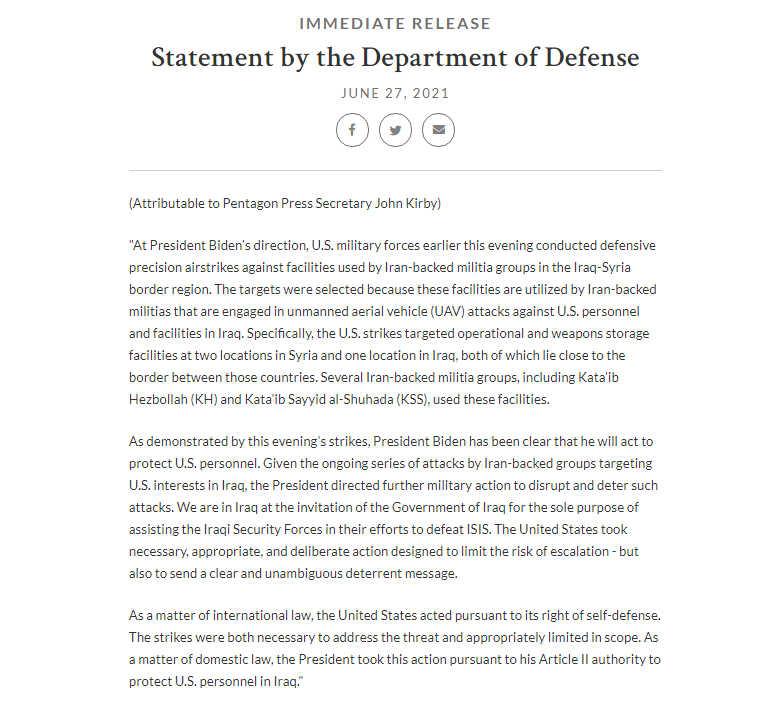 A statement released by the Pentagon on June 27, 2021. /U.S. Department of Defense

A statement released by the Pentagon on June 27, 2021. /U.S. Department of Defense

"The targets were selected because these facilities are utilized by Iran-backed militias that are engaged in unmanned aerial vehicle (UAV) attacks against U.S. personnel and facilities in Iraq," it added.