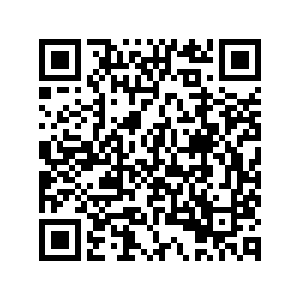 Editor's note：Zhang Guimei, who has spent her entire career providing free education to girls in remote rural areas of Yunnan Province, embodies how the spirit of being a CPC member is passed through generations.

"Since I was a little child, I have always been wishing to have a great teammate. But that wish has never been fulfilled until I met you..."

"I'm Zhang Guimei. I'm the Party branch secretary and principal of Huaping Senior High School for Girls in Lijiang. Our school provides free education for girls in the mountains."

She is the "teammate" for girls in the deep mountains of Huaping County, one of the poorest in China.

In 1974, Zhang, then 17, traveled to Yunnan to answer the nation’s call to support residents in remote communities.

She went to college and later taught with her husband who died of cancer in 1994. Penniless and childless, Zhang applied to relocate to Huaping.

"I decided to leave Dali to escape my memories."

Six months later she was diagnosed with uterine fibroids. Residents flooded her with donations to help pay for medical treatment.

"The people’s love encouraged me to live."

In 2001, Zhang took the job of director of the Huaping orphanage. Many of the orphans were girls as well.

"I found the dropout rate for girls was high. Sometimes they’d simply stop coming without telling me in advance."

She decided to remove as many obstacles to their education as possible. In 2008, she started her own girls-only school with no fee or admission requirements.

"Sometimes, a girl would ask the same question over and over again but still have no clue of the solution. She would cry and ask me if she could do so another time. I said 'no worries, go ahead.' If the teacher refuses to answer your question, come to me."

Many teachers considered Zhang’s goal impossible. Half a year later, half of the campus staff had resigned.

Six out of the remaining eight were all Party members.

"This is the duty and responsibility of CPC members. Aren't we CPC members the ones who work for the happiness of the people by taking the toughest jobs? This is what being a Party member is about. "

The remaining staffers spared no efforts to live up to the school's ideals.

Zhang even moved into the school to live with her students. A daily fixture was her voice through the loudspeaker reminding girls to be responsive, focused, and persistent.

The efforts paid off. Over the past 13 years, her school has sent 1,800 girls to university.

Yet years of hard work and pressure have taken their toll on Zhang. She relies on medications and her long-held beliefs to carry on.

"When I was a kid in northeast China, our house collapsed when the snow melted during the period from winter to spring, with my mother buried inside. There were many people outside digging, trying to find survivors, and I couldn't squeeze through the crowd. Then, I heard someone say that everyone was safe. After everyone was pulled out, I saw a woman who from what I remember now was just a little over 20 years old. She wore a nice dress, had two long braids, and had a fair complexion. She told my father, 'Mr. Zhang, go and find somewhere else to live for a while, like with your relatives, and come back in about three days. Your house should be ready by then.'Three days later, the house was totally rebuilt, and then my dad went in to thank her. Guess what she said? 'You don't have to thank me. It's what I should do because I'm a member of the CPC.' Suddenly, I was shocked"

"Whether she was an ordinary Party member or a cadre, I don’t know, even to this day. But there were things that I didn’t understand back then. I remember her walking – or rather limping along – the same way as I walk today. Then I thought of her hands… and that’s when I thought: that’s what the CPC members should be like. "

That is when and where Zhang got her conviction and purpose. And she is so insistent in passing it on, to the girls she taught and whose lives have been changed forever.

And the letter from her students seems to say it worked.

"Dear Teacher Zhang, I’m sailing away. I will pass the goodness I received from here to places afar. I will share what touched me with those I meet."