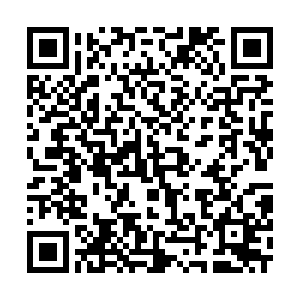 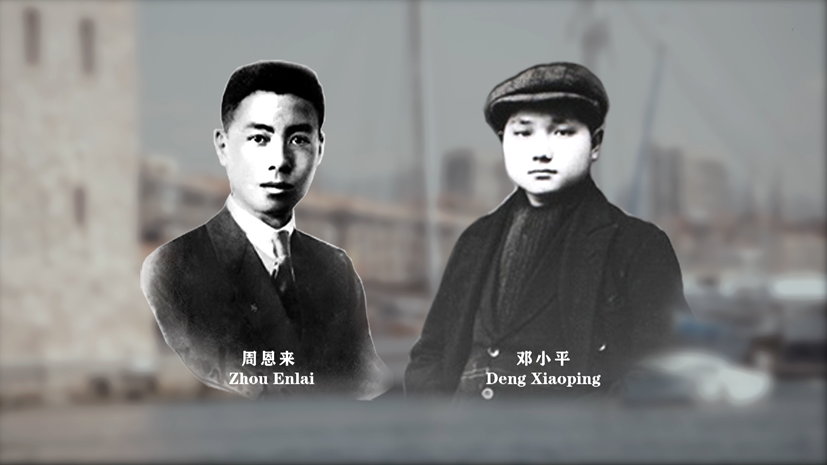 This year marks the centenary of the Communist Party of China (CPC). It's a good time to recall an important yet less-talked-about piece of history that has a close connection to Europe. It provides a unique insight into the Party that has grown into the world's biggest Marxist ruling party with over 95 million members.

Between 1919 and 1921, thousands of Chinese youths travelled to Europe as members of the Work-Study Movement. It might not have been as comfortable as student life overseas nowadays but their mission was clear – to find a path to save the future of China, which faced internal trouble and outside aggression at the end of World War I.

Among them were the future leaders of the CPC such as the late Chinese leader Deng Xiaoping and the first premier of the People's Republic of China, Zhou Enlai. They were inspired by Marxism and soon discovered the passageway to a new world. 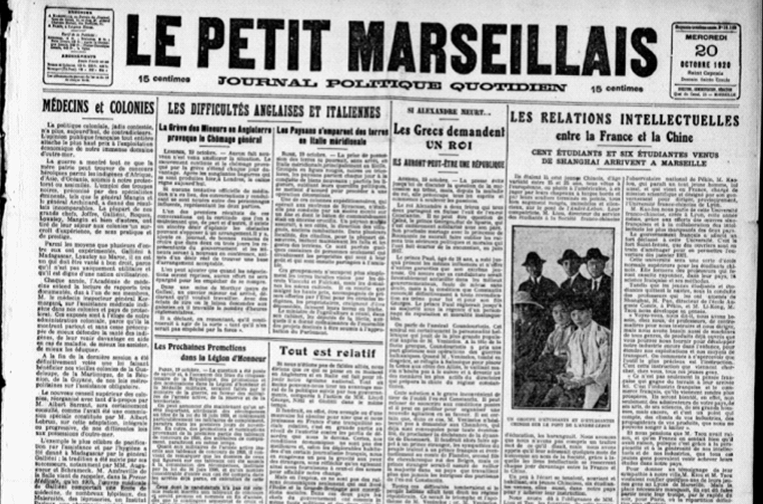 With the concept of building socialism with Chinese characteristics, Deng Xiaoping has made great contributions to China's economic development. But when Deng set foot in Marseille in 1920, no one expected that the 16-year-old boy would later become the chief architect of modern China.

Deng Xiaoping came to France as a student-worker, spending most of his time working in factories. Soon he realized that the intense work and long hours could not make up for his tuition. It made him recognize the deep-rooted problems of the struggling working class. 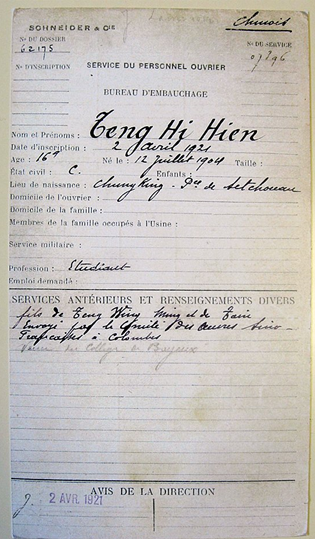 Montargis was the turning point for Deng, where he became interested in Marxism and grew into a firm believer in communism. The French town is proud of its association with this influential Chinese leader, even naming the square outside the railway station after him.

In 1985, Deng told French Foreign Minister Roland Dumas,"I worked in factories in France for nearly four years ... those capitalists taught me and my friends a lesson. They pushed us onto the path of communism and propelled us toward a belief in Marxism-Leninism." 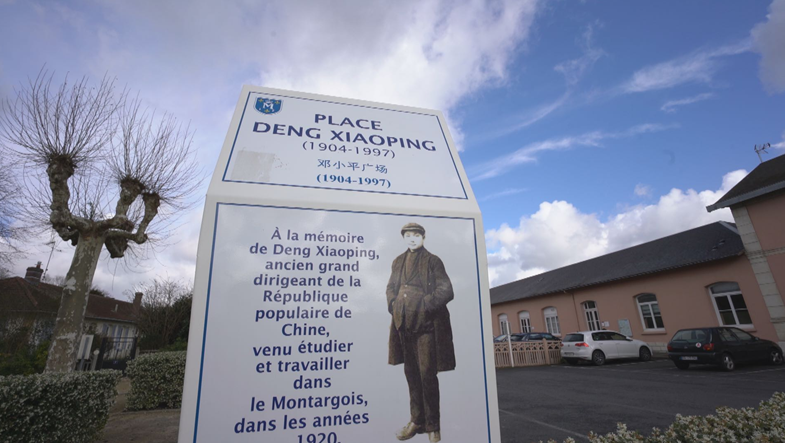 Like Deng Xiaoping, hundreds of Chinese young people went to Montargis under the work-study programs. One of the most prominent was Cai Hesen, who became a founding member of the CPC.

In France, various Marxist and socialist books captivated Cai, who immersed himself in the ideal world he had dreamed of. The young man could often be found in the local park reading, or working frantically to get it translated into Chinese. He had a huge influence on his fellow Chinese students and what turned out to be the early days of communist groups in Europe.

Those young Chinese people were confused as to what kind of Marxist philosophy Chinese society would need. In July 1920, Cai made a remarkable speech at Montargis' Durzy park, putting forward the idea of "transforming China and the world."

In a letter to his friend Mao Zedong, Cai emphasized the need to establish a communist party that would lead the revolutionary movement. The suggestion was embraced by Mao, the future leader of the CPC who led the revolution to victory in China.

For a long time, China's intellectuals had been searching for different ways that might save China. The social crisis affecting the Western world made more people think even harder which was the right path to follow.

In 1921, Zhou Enlai, who later became the first premier of the People's Republic of China, made his journey to Britain, where the working class had become a more powerful political force and the capitalist society undergone tremendous changes since World War I. 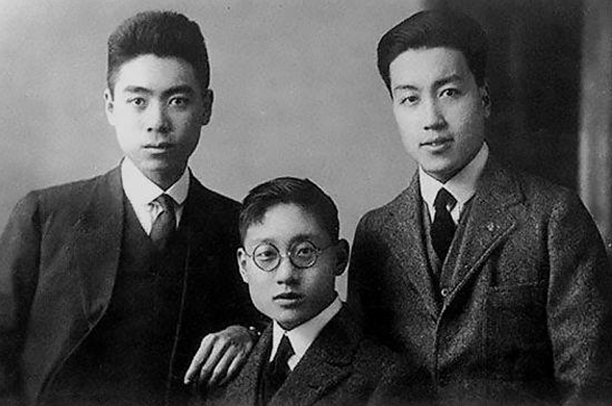 Unlike others, Zhou Enlai had work writing articles for the newspaper Social Welfare Tientsin, which allowed him to read Western books and closely observe post-war British society without working in a factory.

The 1920s saw a growing surge of communism across Europe. Zhou drew inspiration from the National Unemployed Workers Movement and examined whether the socialist movement and theory could be adopted in China. 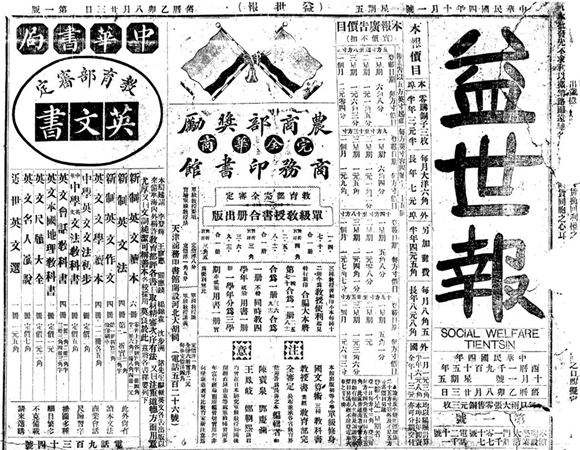 Zhou Enlai was commissioned by newspaper Social Welfare Tientsin that established in 1915 in Tianjin, China. /CGTN

Zhou Enlai was commissioned by newspaper Social Welfare Tientsin that established in 1915 in Tianjin, China. /CGTN

Zhou's five weeks in the UK may seem a short period of time, but they cemented his strong belief in communism. As Zhou wrote in the newspaper, "It is the pursuit of profit that motivates capitalists, so it is difficult to compromise by going on strike. There is no way to end the dispute without solving the fundamental problem. It is beneficial to see this."

The following year, Zhou travelled to France where he helped establish the European branch of the Chinese Youth Communist Party. By that time, most of those progressive youth had grown into professional revolutionaries and true believers of Marxism. Finally, hundreds of Chinese youths who believed in communism were united in Europe.

For them, the path ahead was bright yet treacherous. Many of them sacrificed their lives for the common cause, but what they did laid the ideological foundation for the CPC.

A century has passed. Tracing their footsteps gives us a glimpse of the arduous journey that the world's largest socialist country chose as its future path.