Download
Charts of the Day: How the national security law has changed Hong Kong
CGTN 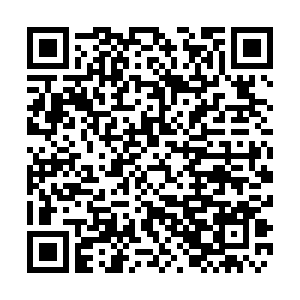 Located in one of Hong Kong's busiest areas, noodle restaurant Sun Fong Kee is flooded with diners before lunchtime.

Diners take their temperature, sit at tables separated by the plastic sheets to avoid close contact and start ordering food. Meanwhile, people hoping for a seat wait patiently in lines outside.

"I can't dare to imagine this could happen two years ago," Rong Jie, manager of the 15-year-old restaurant, told the media.

Now, a year has passed since the enactment of the national security law for Hong Kong. The city has gradually been back on track.

The overall crime rate recorded a 10 percent drop in Q1 2021 compared to the same period last year. A total of 117 people have been arrested under the national security law, with 64 of them and three companies being charged, data from the Hong Kong Police Force shows. 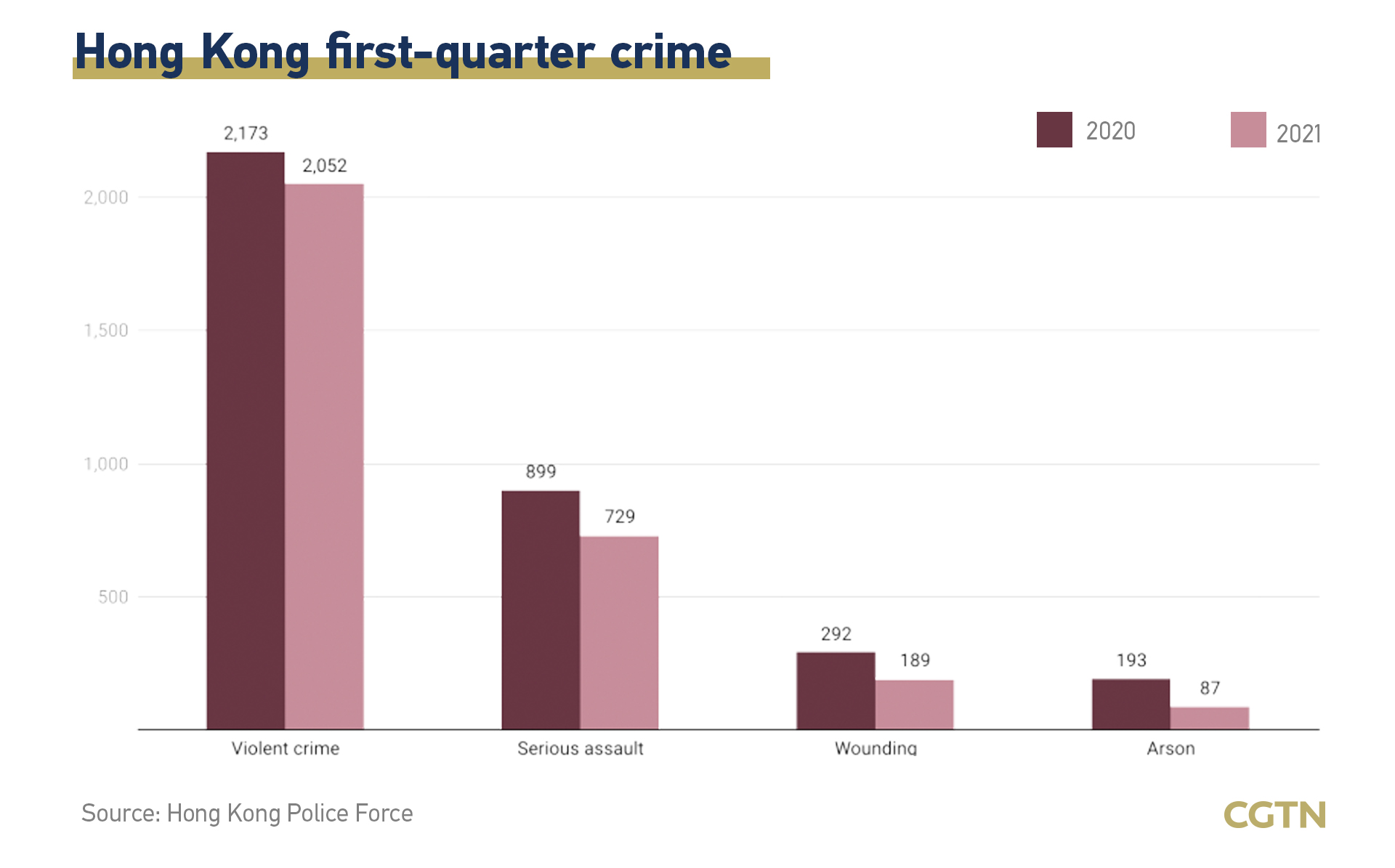 "Citizens are no longer afraid of being attacked by opposition forces, or worried about the transport system being paralyzed by protesters," said Li Jiachao, the city's security bureau director, earlier. "The national security law has effectively curbed the disturbance, and given us the confidence to live a normal life."

In addition, Hong Kong's GDP climbed 7.9 percent year on year in Q1 2021. Private consumption expenditure, a major component of GDP, increased by 1.6 percent in real terms. Over the same period, total exports and imports of goods recorded a 30.2 percent and 22.7 percent year on year growth, respectively. 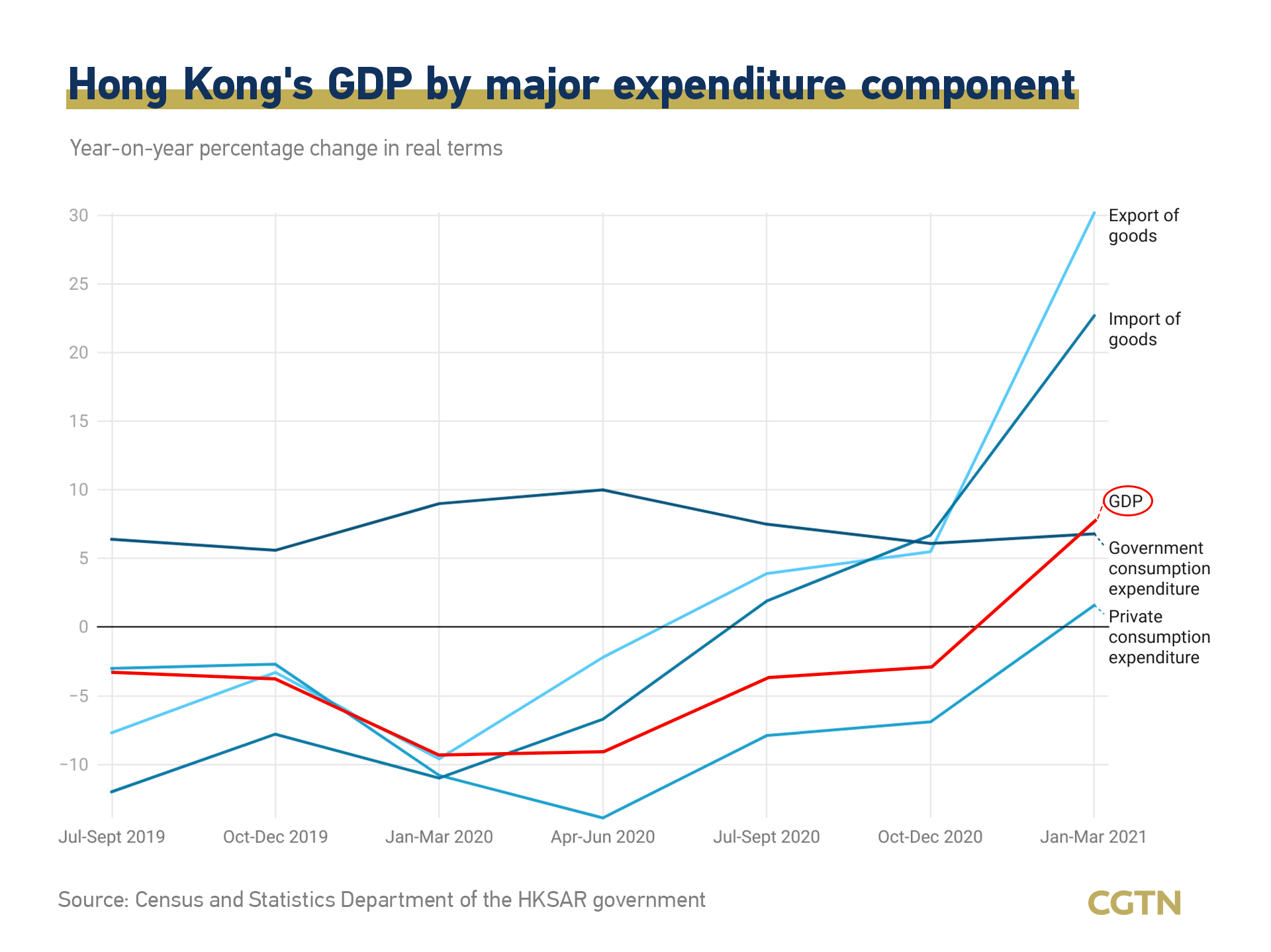 Hong Kong has shown signs of reeling from the double whammy delivered by social unrest and the COVID-19 pandemic.

By the end of 2019, Hong Kong's economy had plunged to its lowest level since its return to China in 1997. 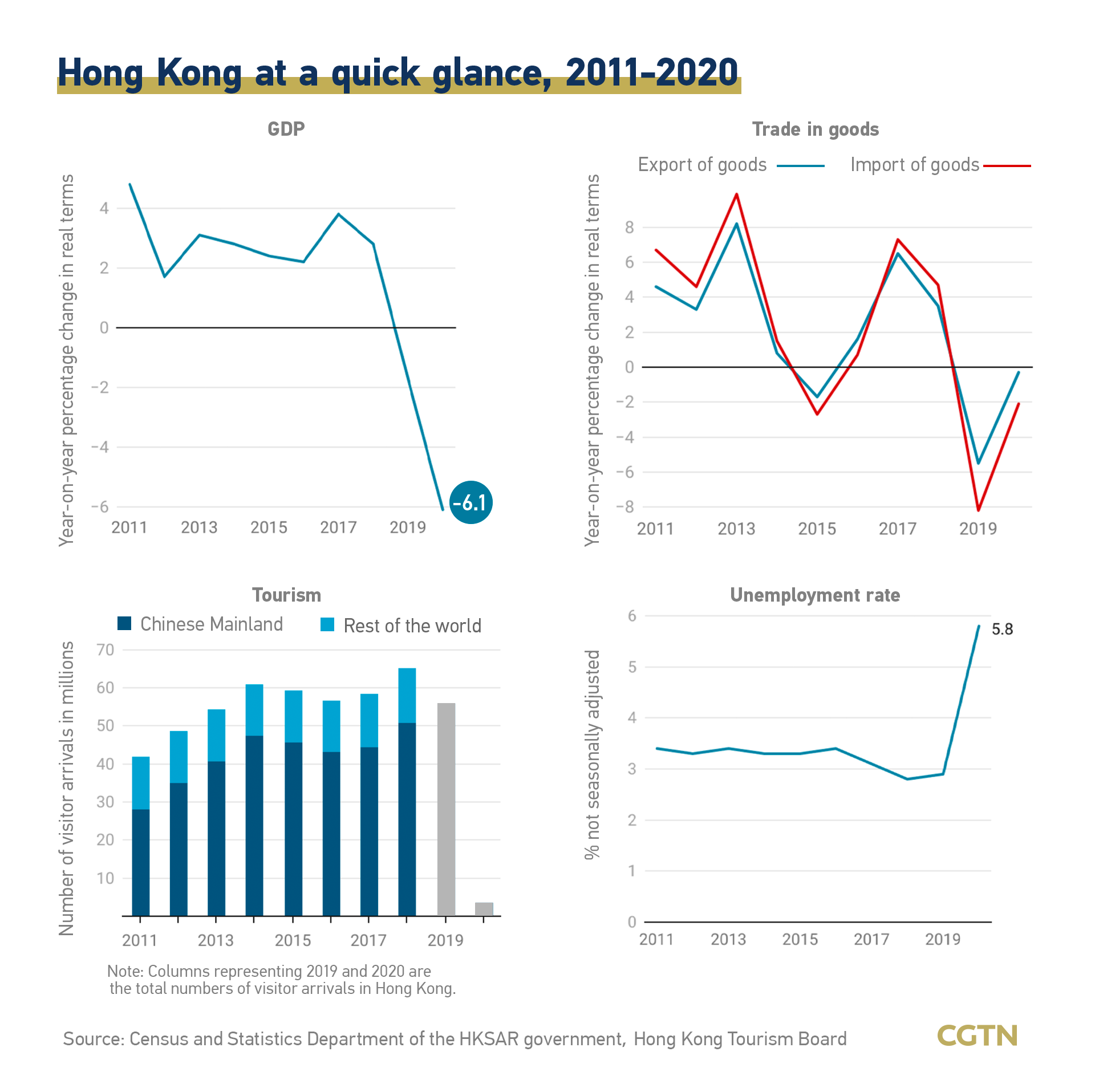 China's top legislature, in a move designed to improve the city's legal system while bringing an end to the year-long chaos, decided to adopt the national security legislation, punishing acts including subversion, secession, terrorism and collusion with foreign forces.

"In view of the increasingly pronounced national security risks faced by the Hong Kong Special Administrative Region, the enactment of a national security law at the state level is both necessary and urgent in order to plug the loophole in national security in Hong Kong," said the city's Chief Executive Carrie Lam in an official statement on June 30, last year.

However, the law only targets the small minority involved in crimes and activities seriously endangering national security, according to Lam.

To some extent, Rong's eatery is the epitome of Hong Kong's overall situation. People's lives are gradually returning to normal. "As long as the business goes on, our life won't be too bad," Rong said in relief.