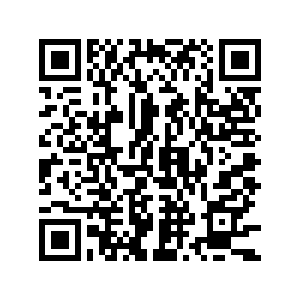 I'm Robert Lawrence Kuhn and here's what I am watching: Party building in private enterprises.

Consider two realities in China today, one political, one economic. Politically, it is no state secret that under General Secretary Xi Jinping the role of the Communist Party of China, the CPC, the Party, has expanded across all aspects of Chinese society. The Party has committed itself to the rejuvenation of the Chinese nation. As the zeitgeist slogan goes, "Party, government, military, civilian, academic; east, west, south, north, center — the Party leads all."

Economically, private enterprises are an indispensable part of China's economic growth, contributing (in 2017) more than 50 percent of tax revenue, 60 percent of GDP, 70 percent of technological innovations, 80 percent of urban employment, and 90 percent of new jobs.

Thus, combining the two realities, the continuing political leadership of the Party and the private sector's increasing role in generating economic growth, it should come as no surprise that the Party is increasing its presence and participation in private enterprises. Needless to say, this has triggered differing opinions, with strong critique in Western media.

The two realities are beyond dispute. The first is that 100 years after its founding, a long period of time during which other political parties have lost power and some even evaporated, the Communist Party of China, the CPC, maintains a strong position of national control and national support.

The second reality is that private business makes outsized contributions to the country's economy; private companies are more efficient in terms of returns on capital, they generate more innovations and are more nimble in responding to market conditions. There is no doubt that, given China's conditions, Party branches do benefit private companies. Though foreign media may think otherwise, business owners really believe they can use Party branches to benefit their companies - and business owners are concerned almost entirely about the growth, profitability, and success of their companies.

There are operational challenges, of course. For example, if company employees who are Party members try using Party branches to play corporate politics, seeking to advance their personal interests by wielding Party power. Looking macroscopically, the Party-Company system is integral to what China calls its "modern enterprise management system", which seeks to learn best practices from developed market economies and adapt and regularize them for China's Socialist Market Economy with Chinese characteristics. It is a system that is still a work-in-progress, and it will always be. That's part of the CPC's strength.