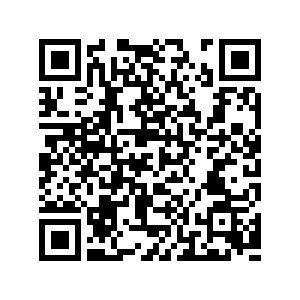 The series "The Party Profile" looks at the lives of CPC members from different generations. In the third episode, CGTN's anchor sits down with paleobotanist Su Tao, who uses fossils to study plant diversity. He says fossils are about the past, but only through an understanding of the past can we better see the future, the future of all humans as a species.

"We found the fossilized palm leaves on the Qinghai-Tibet Plateau in 2017. Naturally, palm requires a lowest temperature of 5.2 degree Celsius to grow. So the center valley of the Plateau should not be higher than 2,500 meters. And the center part should be flanked by mountains. It’s only in this type of geography that the palm trees can survive. So the discovery of the fossilized palm leaves changed our knowledge about the formation of the Qinghai-Tibet Plateau.”

"I’m Su Tao from Xishuangbanna Tropical Botanical Garden. I study plant fossils from the Qinghai-Tibetan Plateau. We want to use these fossils to study the uplift of the Plateau and the evolution of its plant diversity.”

"Zoon, did you find the fossils, the palm trees interesting?”

"Interesting is an understatement. It's 39 million years old, and it still looks like a palm tree.”

"It is from the Tibetan Plateau. And right now we are going to find the person who actually found the fossil fields.”

"Dr. Su, could you tell us more about the scientific expedition of the Qinghai-Tibet Plateau. How was it designed?”

"The Qinghai-Tibet Plateau is known as ‘Asia’s water tower’. Environmental changes on the plateau have a direct impact on the water resources of many places in Asia. Through the expedition, we wanted to be able to systematically understand the new ecology of the Qinghai-Tibet Plateau, the processes of how the ecosystem has been changing and the history of environmental change there.”

In the 1960s, a Chinese expedition scaled Mount Shishapangma. They found fossilized leaves that dated back 3 million years ago at an altitude of about 5,700 meters.

"The upper limit where such quercus semecarpifolia can survive is around 4,500 meters above sea level. In theory, the plant shouldn’t have been able to grow at that altitude, but there it was. But which geologic age did it belong to? Which layer did it come from? We hoped to find answers to these questions in our second expedition.”

But the expedition was not easy for the 29-year-old.

"I think the biggest difficulty was the lack of oxygen, because everyone who goes to the Tibetan Plateau will feel this right away.”

And everyone agrees it is worth it. Su and his team have collected more than 60,000 pieces of plant fossils, covering more than 70 morphological species. Their work provides new insights into how the world’s highest plain was formed.

"Roughly 60 million years ago the Indian Plate - which originated in the Southern Hemisphere - collided with the Eurasian Plate. The collision point is roughly where the Tibetan Plateau is now. But our research now reveals that in old geological times, the topography of the plateau was really complex. There used to be mountains and low places.”

He said there’s a link between his research in Tibet and here in the Xishuangbanna Botanical Gardens.

"The plateau today is in an alpine state, but in fact - in old geological times – it had a very high plant diversity and biodiversity, featuring both tropical and subtropical ecosystems. Paleontological research is all about the present and the past, so we have a lot of ready-made specimens here that can be compared with those on the Qinghai-Tibet Plateau.”

"I was the class monitor during my senior year of high school. At that time my teacher thought I was doing well, so I was qualified to join the Party. There were only three of us in the whole grade who joined the Party.”

"After joining, what did Party membership bring to your choice of work and career?”

"Now, we're celebrating 100 years of the CPC's formation. After seeing your work and seeing how China has invested in multiple things in development and also in nature, it becomes clear to me that this is something more developing countries should focus on. And we need to analyze how the policies of the Communist Party have promoted this direction.”

"China has made great investments in scientific research to support our research endeavors. Besides, I think it’s also important to have an open mind. There are about 60 foreign researchers from more than 30 countries working at the Xishuangbanna Tropical Botanical Garden. Some of them are students. Others are research fellows. I also have some international students from Vietnam, Myanmar and Thailand for example, and I hope they can apply some of our scientific ideas and experimental methods to their work back in their home countries. This way, the understanding of the biodiversity of Southeast Asia can move forward through such imparting of knowledge.”

A faith in his work and his party drives Dr. Su to move on.

He told me fossils are about the past. But only through an understanding of the past can we better see the future, the future of all humans as a species.