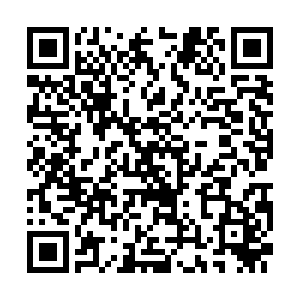 Geng Shuang, China's deputy permanent representative to the United Nations, on Wednesday urged the United States to return to the Joint Comprehensive Plan of Action (JCPOA), known commonly as the Iran nuclear deal or Iran deal.

"As the Chinese saying goes, let he who tied the bell on the tiger's neck take it off. It is incumbent upon the U.S., the originator, to take the lead in returning to the JCPOA with no preconditions," Geng told the Security Council briefing on non-proliferation regarding the implementation of the Resolution 2231.

"Iran, on the basis of this, should subsequently also return to full compliance. This is the right way to bring the Iranian nuclear deal back on track and achieve deescalation of the situation in the region," he added.

On July 20, 2015, the Security Council unanimously adopted resolution 2231 endorsing the JCPOA. It sets out an inspection process and schedule while also preparing for the removal of United Nations sanctions against Iran.

Noting that the JCPOA is a diplomatic outcome achieved through hard work by all parties that engaged in consultation and negotiation, Geng said that the deal embodies the successful practice of multilateralism.

"It is an essential safeguard for the international nuclear non-proliferation regime as well as the peace and stability in the Middle East," said the envoy.

"The United States, in disregard of the opposition of the international community, obstinately made a unilateral withdrawal from the agreement, and has continued to apply maximum pressure on Iran. This is the root of the current dilemma of the Iranian nuclear issue," Geng noted.

The United States announced its withdrawal from the Iran deal on May 8, 2018.

"The withdrawal by the U.S. from the JCPOA has led to a serious trust deficit between the U.S. and Iran. This significantly hinders the resumption of compliance negotiation between the two sides," said Geng.

"Out of the concern that the U.S. may once again walk away from the agreement, Iran has asked the current U.S. administration to provide a guarantee that it will not repeat the unilateral withdrawal from the JCPOA," Geng stressed.

"This request is completely understandable and should be responded to. It is our hope that all parties will adopt a positive posture and show political wisdom in finding a solution," noted the envoy.