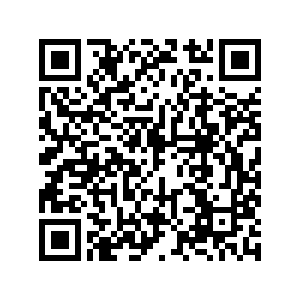 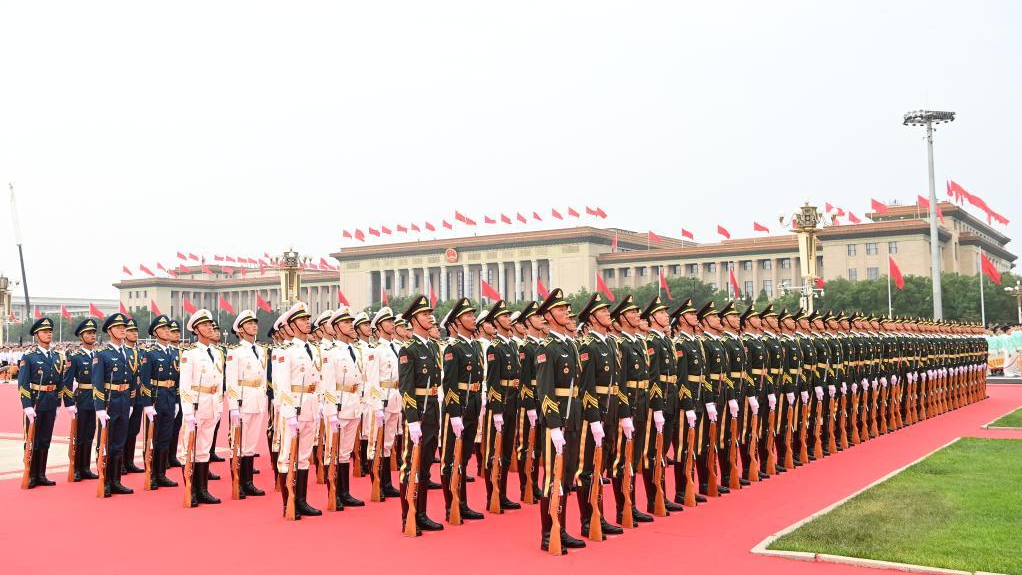 National flag guards stand in formation during a flag-raising ceremony at a grand gathering celebrating the centenary of the Communist Party of China (CPC) at Tian'anmen Square in Beijing, capital of China, July 1, 2021. /Xinhua

National flag guards stand in formation during a flag-raising ceremony at a grand gathering celebrating the centenary of the Communist Party of China (CPC) at Tian'anmen Square in Beijing, capital of China, July 1, 2021. /Xinhua

The 13th Five-Year Plan (2016-2020) was a decisive period for China in its mission to build a moderately prosperous society. The successful fulfillment of this goal by the 100th anniversary of the founding of the Communist Party of China (CPC) is an extraordinary achievement, particularly taking into account the complicated international situation and impact of the global pandemic.

Having achieved this feat, the 14th Five-Year Plan (2021-2025) is of great importance because it not only sets a guideline for China's economic and social development in the next five years and beyond, but also marks the first five-year period in the CPC's quest to meet its second centenary goal.

The nation's economic development, though a bright spot, is not the sole focus of building a moderately prosperous society. Major breakthroughs have also been made in other areas. There has been a real improvement in the living standards of Chinese people, as reflected by the steady rise of various indicators. For instance, the Human Development Index (HDI) has increased from 0.49 in 1990 to around 0.76 in 2019. Life expectancy is also well above the world average, reaching 77.3 years by 2019.

Despite the progress in the areas mentioned above, the CPC also needed to ensure that the development pattern is balanced. During the 40 years of reform and opening-up, China has helped more than 850 million people out of poverty, accounting for more than 70 percent of global poverty reduction during this time.

China has leveraged its system and policy advantages on the way to building a moderately prosperous society. The government has taken advantage of infrastructure, industrial development, education, health support, and environmental protection to foster development. 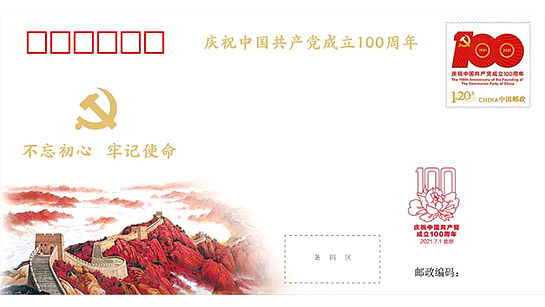 A new commemorative envelope issued on July 1 in celebration of the 100th anniversary of the founding of the CPC. /State Post Bureau

A new commemorative envelope issued on July 1 in celebration of the 100th anniversary of the founding of the CPC. /State Post Bureau

For instance, China invested heavily in the country's education system, increasing the higher education enrollment rate from 26.5 percent in 2010 to 51.6 percent in 2019. China's basic medical insurance now covers more than 1.3 billion people, its basic pension insurance covers nearly 1 billion people, and it guarantees compulsory education for school-age children and teenagers in accordance with the law.

Nonetheless, when evaluating the reasons behind these remarkable achievements, we cannot ignore the benefits that globalization and opening-up have brought to China's economic development. Poverty has been reduced because of international trade. "Trade is better than aid," as former UN secretary-general Kofi Annan said.

Over the past four decades, multinational companies (MNCs) have invested in China, accounting for about 45 percent of import and export trade, more than 20 percent of industrial value-added, 20 percent of tax revenue, and 13 percent of urban employment. They have not only fostered economic development, but also provided an enormous amount of employment opportunities in China.

Moreover, since China joined the WTO in 2001, China's GDP has expanded more than tenfold and contributed greatly to the building of a moderately prosperous society. There are more than 200 million migrant workers in China, and the income of migrant workers at MNCs, and their remittances sent home have become an important source that promotes China's economic growth. Furthermore, continued opening-up could also advance China's innovation. In the 2010s, the digital economy and e-commerce connected China with the world and drove it into the era of mobile payments.

China under the CPC's leadership has made remarkable progress in the first hundred years. Looking into the future, to achieve its second centenary goal – which is to build a modern socialist country by 2049, China will face a set of new challenges that need to be tackled such as the middle-income trap, an aging population and achieving its carbon emission targets. Therefore, further reform and opening-up are necessary and vital to the country's future while tackling these new difficulties and striving for the second centenary goal.

Facing the current complex international environment, further integration into the world economy will not only advance the country's technologies and innovative power but more importantly, increase China's soft power by creating a more peaceful, friendly and lovable image on the world stage. Ultimately, one of the most important and challenging tasks for China is to reach some sort of mutual understanding, receive global recognition and expand its circle of friends internationally – something that cannot be achieved through economic growth alone.