Download
How to understand China and the CPC?
Global Thinkers 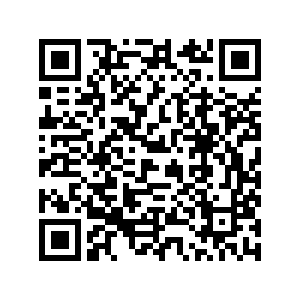 Editor's note: Is a rising China aggressive? How to understand China and the Communist Party of China? With those questions in mind, CGTN Anchor  sat down with Zheng Bijian, Chairman of the China Institute of Innovation and Development Strategy. He explained that The CPC's 100-year journey to become the leading core of the Chinese people and of the driving force for socialism with Chinese characteristics is the result of the tortuous development of China's modern history. Today, China is ushering in a new era - an era of the people. The Millennials and Generation Z are becoming the driving force behind the great rejuvenation of the Chinese nation in this new era. Views expressed in the video are his, and do not necessarily represent those of CGTN.

CGTN Anchor: Mr. Zheng, thank you very much for this interview. The international community is keeping a close eye on China's development and how a fast-rising China will get along with the world. Some people think that China is developing very rapidly, while others think it is a bit aggressive. What do you think?

Zheng Bijian: Is a rising China aggressive? Let's look at the facts. China's rapid rise over the past 40 years has, I think, been marked by several features: Firstly, it has not engaged in colonialism like the West. Secondly, it has not pursued hegemony like the U.S. Thirdly, it has not tried to build a so-called "socialist coalition" like the Soviet Union. Fourthly, it has not been involved in military alliances like NATO and the Warsaw Pact. Fifthly, it has not waged wars to gain a better position like some countries did in World War I and World War II. These are all facts. We've engaged in none of these activities. Instead, we have followed the path of peaceful rise and development.

CGTN Anchor: This year marks the 100th anniversary of the founding of the Communist Party of China. What do you think about the future?

Zheng Bijian: Today, China is ushering in a new era - an era of the people. The historic mission of the great rejuvenation of the Chinese nation hinges on the people of a new era. So on one hand, you have "a new era of the people," and on the other hand you have "the people of the new era." The Millennials and Generation Z, as we commonly call them, are becoming the driving force behind the great rejuvenation of the Chinese nation in this new era.

Zheng Bijian: The CPC's 100-year journey to become the leading core of the Chinese people and of the driving force for socialism with Chinese characteristics is the result of the tortuous development of China's modern history, that is, from the Opium War in 1840 until the founding of the People's Republic of China in 1949, a 109-year history.

Many Westerners always ask why China does not adopt a multi-party system or a two-party system. I think they ask this question because they are too ignorant of China's history. In fact, after the Opium War, reformists in China were very keen to take the best knowledge and practices from the West, including multi-party competition, thinking that it was the right way to govern the country. At the beginning of the Republic of China in 1913, there were more than 300 "political parties" and the reactionary Yuan Shikai was "elected" president, who later restored the hereditary monarchy with a short-lived reign of 83 days. As a result, China's multi-party system went completely bankrupt.

It's not that China has never had a multi-party system. In fact, China adopted such a system long before, which in the end "threw up" an emperor. Many of the people with progressive thinking in China - including the earliest generation of the CPC - were once democrats who genuinely aspired to Western democracy, but later realized it was a dead end. Even worse, it made China vulnerable to the Western imperialists, including Japanese imperialists who sought to invade and conquer China. Chairman Mao Zedong once famously said in his work On People's Democratic Dictatorship, "Imperialist aggression has shattered the Chinese dream of learning from the West. It is very odd - why are teachers always committing aggression against their pupils? The Chinese have learned a lot from the West, but it does not work, and the ideal can never be realized." It was precisely this disillusionment of the Western path to democracy that led to the founding of the CPC. Actually, over the years we have seen the so-called "Jasmine Revolution" in the Middle East, and similar efforts to copy Western "democratic elections," but they have turned out to be shams or Western plots. To be honest, the Chinese experienced such tricks more than 100 years ago.

We also need to be clear about what path we are following in today's China. Actually, we are also following the path of democracy, but it is a different kind of democracy from its Western counterpart, which we call a "people's democracy." The CPC exercises state power, and eight other parties in China participate fully in the administration of state affairs. China also has an increasingly developed and sophisticated electoral and consultative system. These two parallel democratic systems constitute a more complete democracy than Western electoral democracy. We not only have the electoral democracy, but also the consultative democracy after elections, hence giving rise to a whole-process democracy. Moreover, the combination of democracy and the rule of law in China stands out as the best practice of socialist democracy with Chinese characteristics.