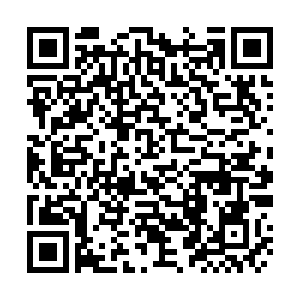 The Macao Special Administrative Region (SAR) on Thursday celebrated the centenary of the founding of the Communist Party of China (CPC) with multiple activities.

At the iconic Golden Lotus Square of Macao, a flag-raising ceremony was held in the morning to mark the occasion. The Macao Post issued a set of commemorative stamps featuring the symbolic sites during the CPC's development during the past century.

A number of social groups organized their members to watch the live broadcast of a ceremony at the Tian'anmen Square in Beijing marking the important occasion.

At a health center for the elderly located in the northeastern part of Macao, dozens of local residents gathered in front of the television early in the morning to watch the ceremony that was scheduled to begin at 8 a.m.

Poon Siu Beng, one of the elderly, said she felt very excited after watching the ceremony. "It's a rare opportunity for us to witness the centenary celebrations. We must unite and build a more prosperous country."

Residents in Macao will also have the chance to watch for free awarded works from the Macao International Movie Festival over the years and movies about the CPC.

In the evening, a light show was staged at the center of Macao, presenting the symbolic sites during the CPC's development and the landmark buildings of Macao.