Download
The CPC and the rejuvenation of a nation
CGTN 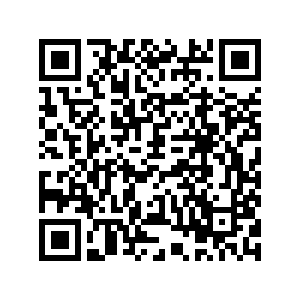 Editor's note: Xi Jinping, general secretary of the Communist Party of China (CPC) Central Committee, Chinese president and chairman of the Central Military Commission, delivered an important speech in Beijing on Thursday at a grand gathering celebrating the 100th anniversary of the founding of the CPC. He announced that China has realized the first centenary goal – building a moderately prosperous society in all respects, and the country is now marching confidently towards the second centenary goal of building China into a great modern socialist country in all respects. CGTN anchor thinks the success of the CPC in the past years lies in its openness. He also believes the rest of the world should be more open to the CPC to understand its growth and its role in modern China.

The CPC knows the changes and makes them happen

When China lost the Opium War to the UK in the early 19th century, China lost a lot, its pride, legitimacy, sovereignty, and even relevance in the world.

It descended into chaos. The CPC took on the mission to make China stand on its own and bring peace to the battered nation. From 13 members to over 95 million members, the party has seen the sweep of modern China.

Just look at the crowd behind me. Not many political parties succeed at that. The CPC has seen its fair share of failures, setbacks and even crisis. But the CPC has not only survived but thrived after every crisis.

And their success has granted the CPC the conviction and confidence it enjoys today. They are the product of a meritocratic system that are thousands of years old and a new thinking to beat a path of dignity, prosperity, and creativity. Confident, driven and diligent, they are the torch bearers and trail blazers, the real agent of change for this country.

In 1921, the Soviet Union began new economic policies, Warren Harding became the 29th president of the U.S., but they both paled in comparison with the inception of the Communist Party of China. That year, it had only 50 members.

However, it has a huge ambition: the country's independence, national prosperity, and people's pursuit of happiness.

Did it deliver? A resounding yes.

"We have realized the first centenary goal of building a moderately prosperous society in all respects. This means that we have brought about a historic resolution to the problem of absolute poverty in China, and we are now marching with confident strides toward the second centenary goal of building China into a great modern socialist country in all respects," Xi Jinping, general secretary of the Communist Party of China (CPC) Central Committee said.

In 1921, when the CPC was founded, China faced crises from within and outside. Its economy was in shambles. 80 percent of the population was haunted by hunger. The average life expectancy of Chinese was 35 years. In 2019, it was 77. In 1952, the per capita GDP was roughly $70 then. In 2020, that was $10,000. Free compulsory education is provided across the country. Last year, China announced a complete victory on absolute poverty.

The Communist Party of China is celebrating its 100th anniversary and China’s emergence from a century of humiliation by foreign powers to become the world’s second biggest economy.

A lot of things come together for the CPC to make this far. But one of the most important is the ability to reinvent itself. It vows to keep its ideology open and open it has been.

Although the allure of the working class revolution was overwhelming, the CPC chose to rely more on peasants in the 1930’s. Despite the simplicity of communes, the CPC decided to allot lands to individual farmers in the 1970's. When planned economy was going nowhere, the CPC went all in for market economic reform in the 1990's. The alertness and openness of the party made it ready and able to embrace new tests and try new methods.

For the Chinese, the CPC is not just a better choice, it is a tested choice. And for the Westerners, it is a different challenge. It takes a leap of faith to appreciate the value of the CPC. The West must move beyond their trenched belief in the inferiority of the Chinese system to understand its growth and the CPC’s role in modern China.

Some of my American friends, they do use chopsticks but still eat burgers. They try hard to change China, without understanding it. The West has been reveling their success of demoralizing the CPC.

Yes, it is a convenient excuse and useful leverage to undermine China. It provides a false sense of moral superiority. This rigid preconception has blinded them to the truth of a new system, a new culture and a new promise in the world.

You only need to step back to understand that the CPC must have done something right institutionally and morally that brought a weak and semi-colonized China into what it is now. And you only need to look back to see that the CPC has no reasons to make China an expansionist power which it never has been.

"We Chinese have never bullied, oppressed or subjugated the people of any other country, and we never will," Xi Jinping said.

Without serious thinking and an honest answer to those questions, the world does not deserve to be called a modern one.

And let me end by quoting Theodore H. White, an American political journalist and historian, known for his reporting from China during the WWII. "The communists used no magic. They knew the changes the people wanted, and they sponsored these changes." And in China they still do.