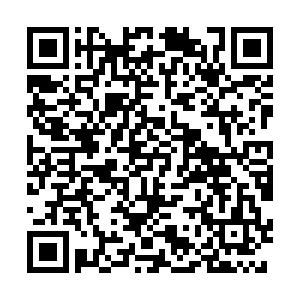 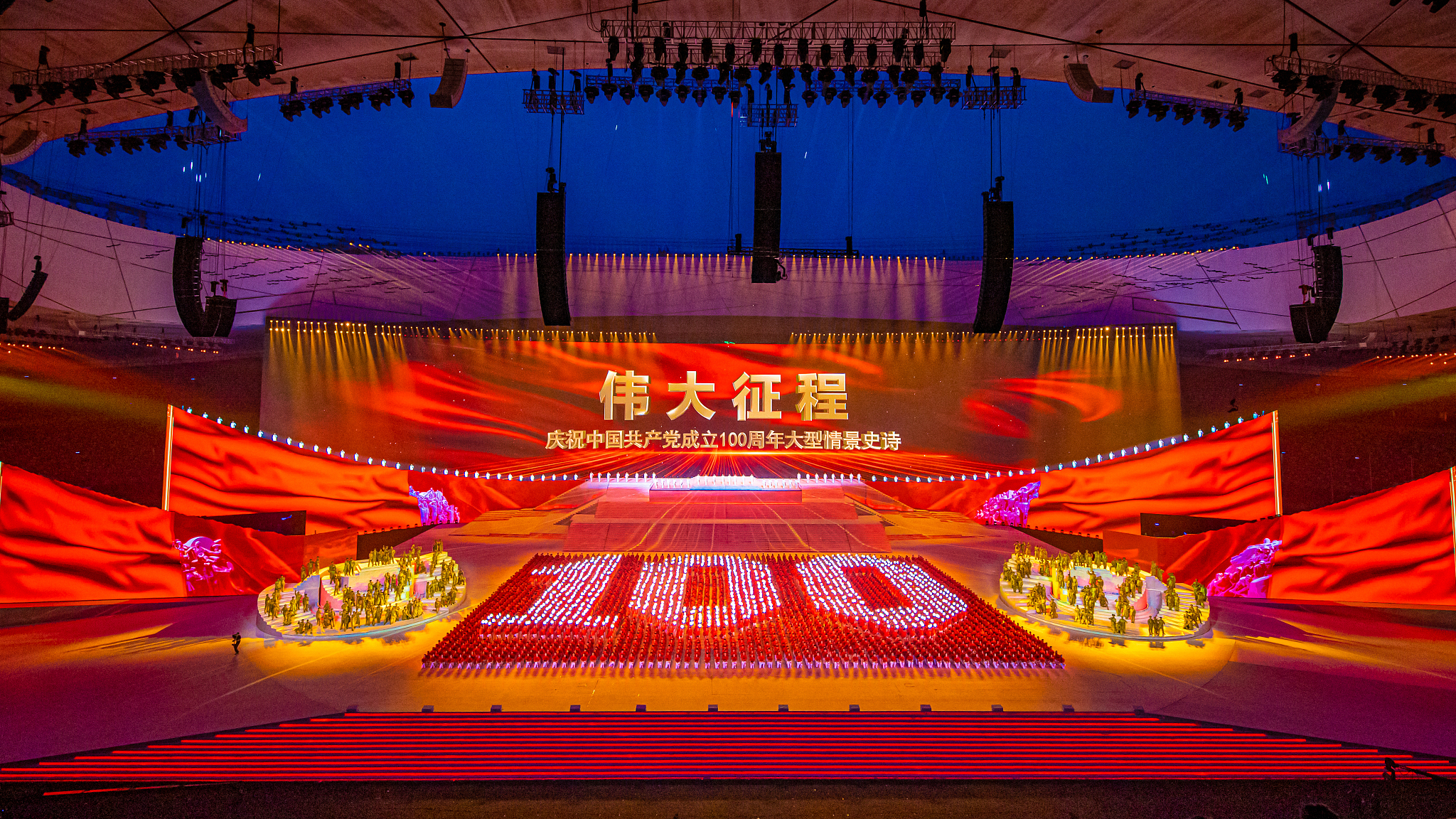 An art performance titled "Epic Journey" was held at the National Stadium, also known as the Bird's Nest, in Beijing on Monday evening in celebration of the 100th anniversary of the founding of the Communist Party of China (CPC).

Heralded by the first set of fireworks, which displayed the number 100, the performance unveiled its curtain.

A panoramic view of the course of the CPC were presented into four parts: "Advancing through the Flames", "Come Rain or Shine", "Riding the Current" and "A Splendid Future".

Key figures, critical events, and moments in the past century, which mark the tremendous changes and great achievements of the nation, were all depicted by various art forms. 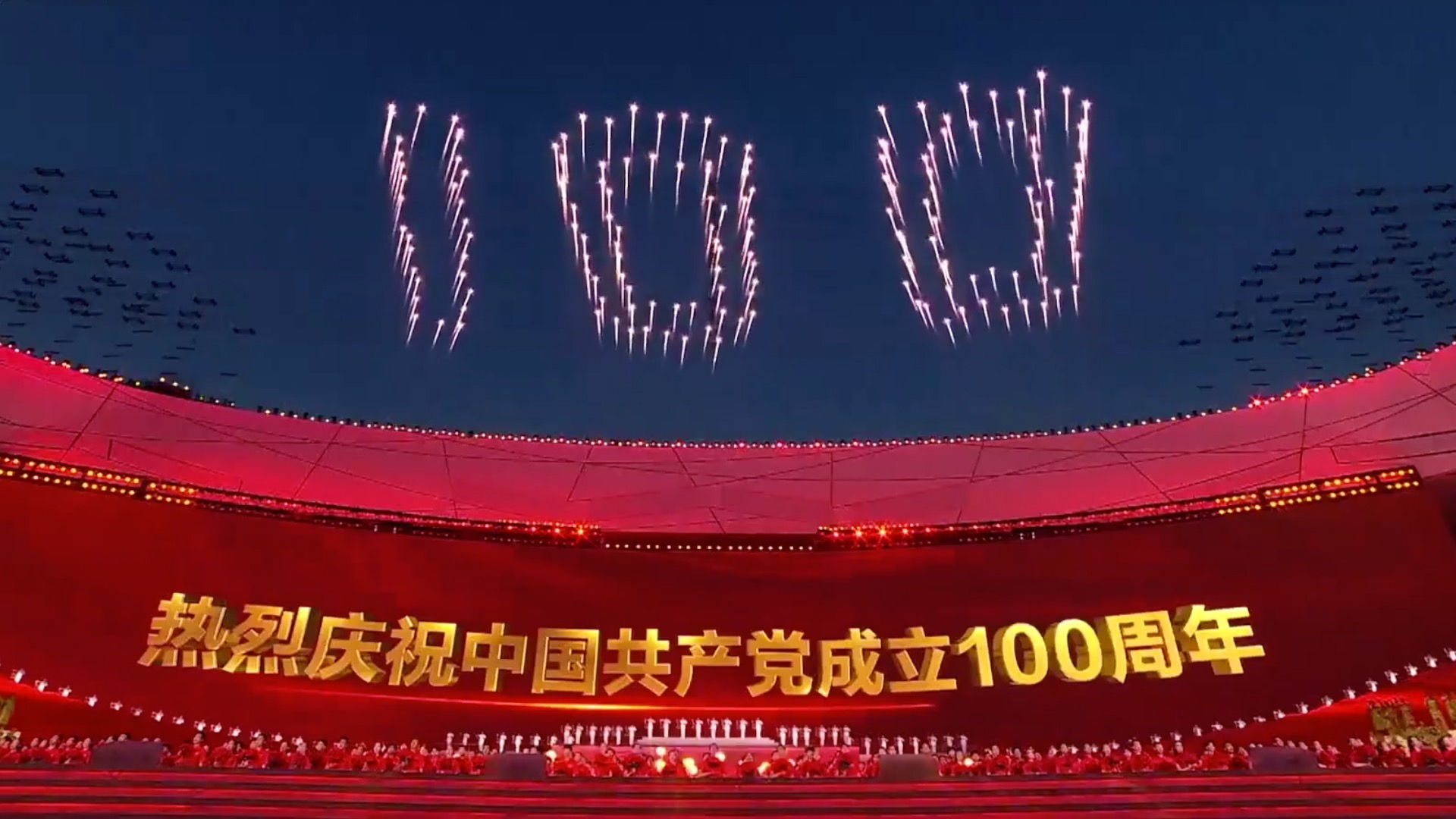 The evening began by taking the audience back to the dark time when the birth of the CPC lit a spark for the people.

The well-known song titled "Defend the Yellow River" written during the Chinese People's War of Resistance Against Japanese Aggression once again expressed the determination of the Chinese people to defend the country. 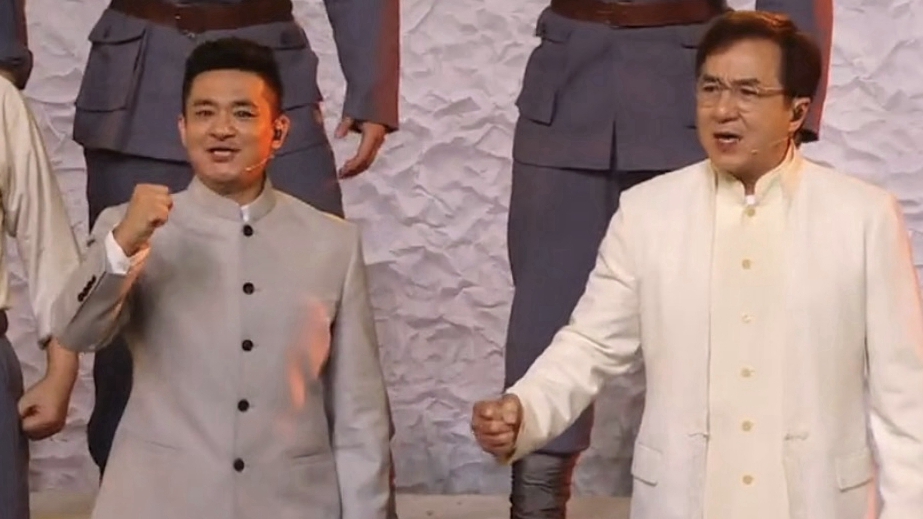 The spark soon led the country out of the misery with a prairie fire.

The country has gradually prospered and become stronger under the leadership of the CPC.

As the song "You and Me" played, the audience was taken back to a proud moment in 2008, when the Olympic flame was lit in the capital – Beijing.

The  song told the story of "a dream traveling 1,000 miles to meet in Beijing." China opened its arms to welcome friends from all over the world. 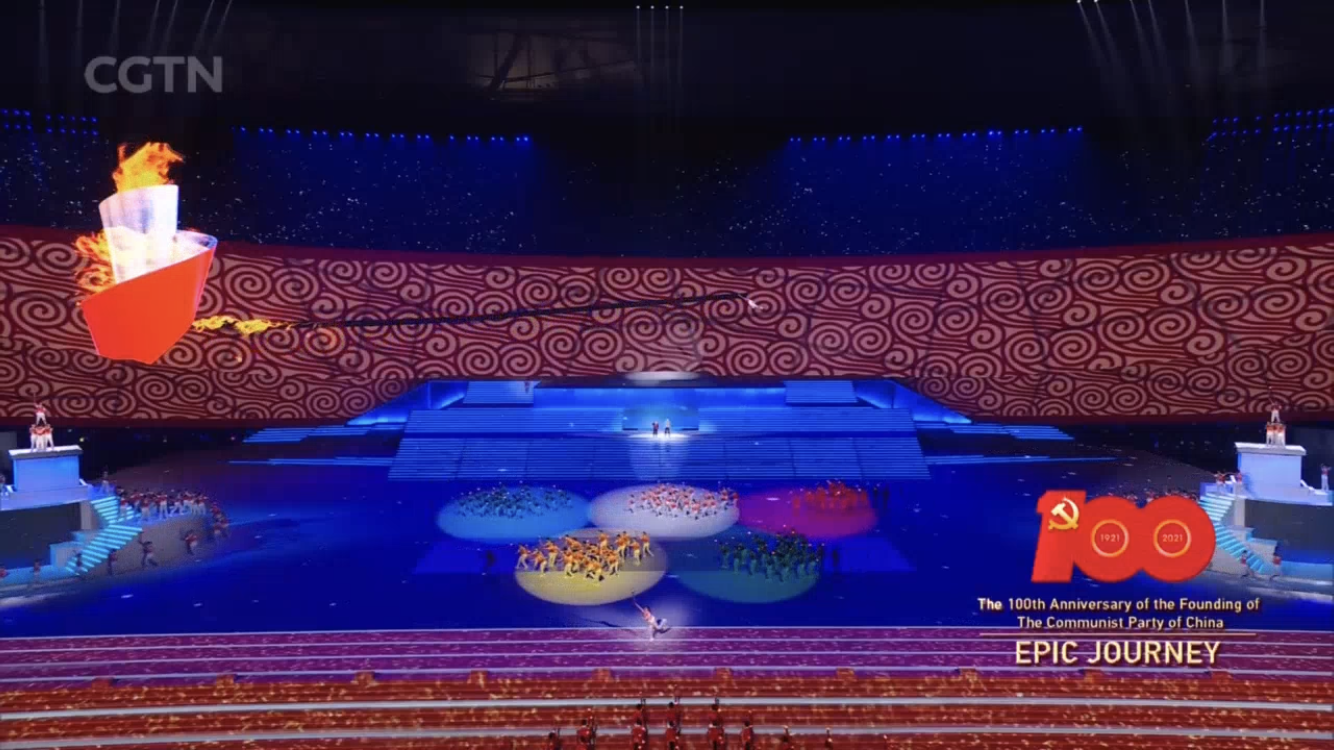 Song performance "You and Me" at the art performance titled "Epic Journey" at the National Stadium in Beijing, China. /CMG

Song performance "You and Me" at the art performance titled "Epic Journey" at the National Stadium in Beijing, China. /CMG

China's achievements of eradication of extreme poverty and the country's path to prosperity were also highlighted in the performance.

A group of Chinese actors and actresses performed a play called "Miracle in the East," telling the stories of once-impoverished Chinese villages that vanquished poverty under the leadership of the CPC is a microcosm of stories that happened across China over the past decades. 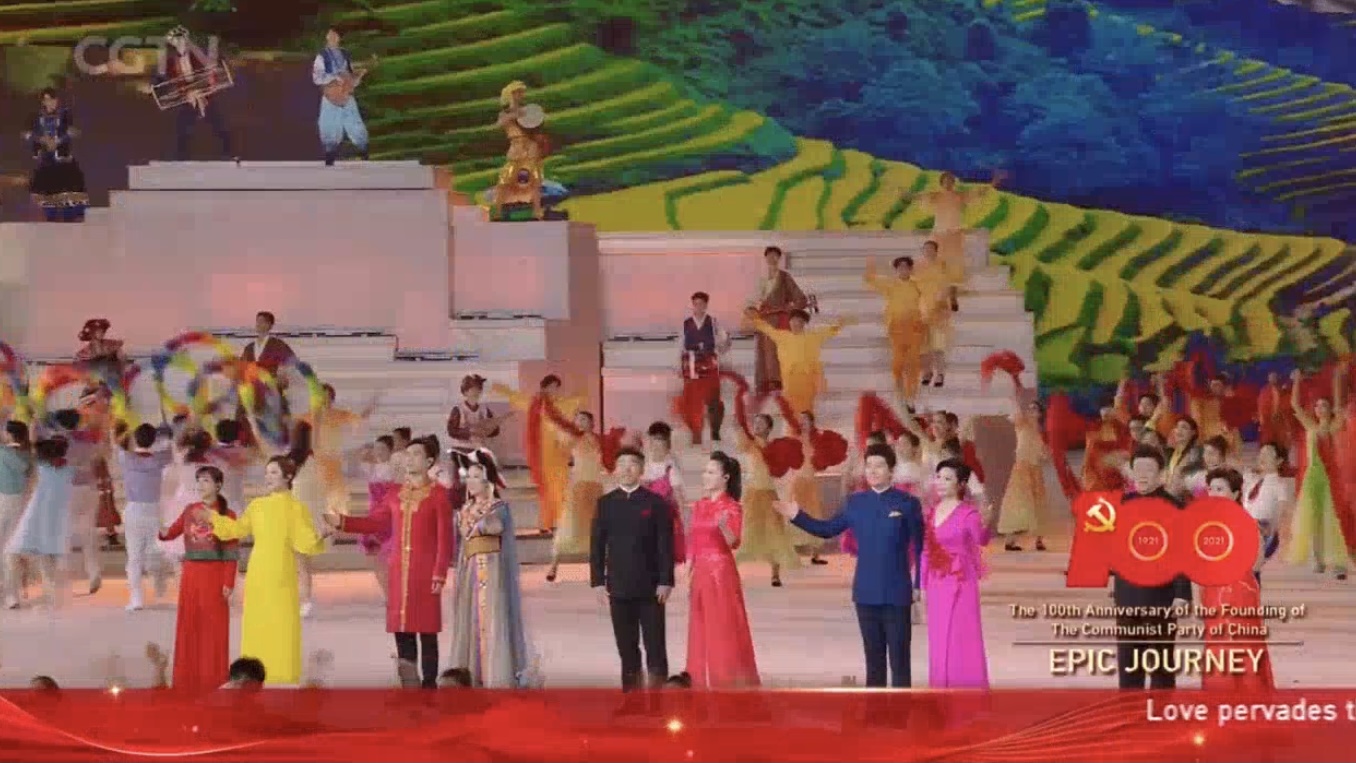 When coronavirus swept through the country, the CPC also displayed a decisive leadership.

CPC's aspiration in putting people's lives first was on full display in the battle against the virus.

The song "Life Above All" expressed the gratitude of the people to the Party: "I am the child of civilization, cherishing every creature big and small. A great love unites us all with warmth melting the ice." 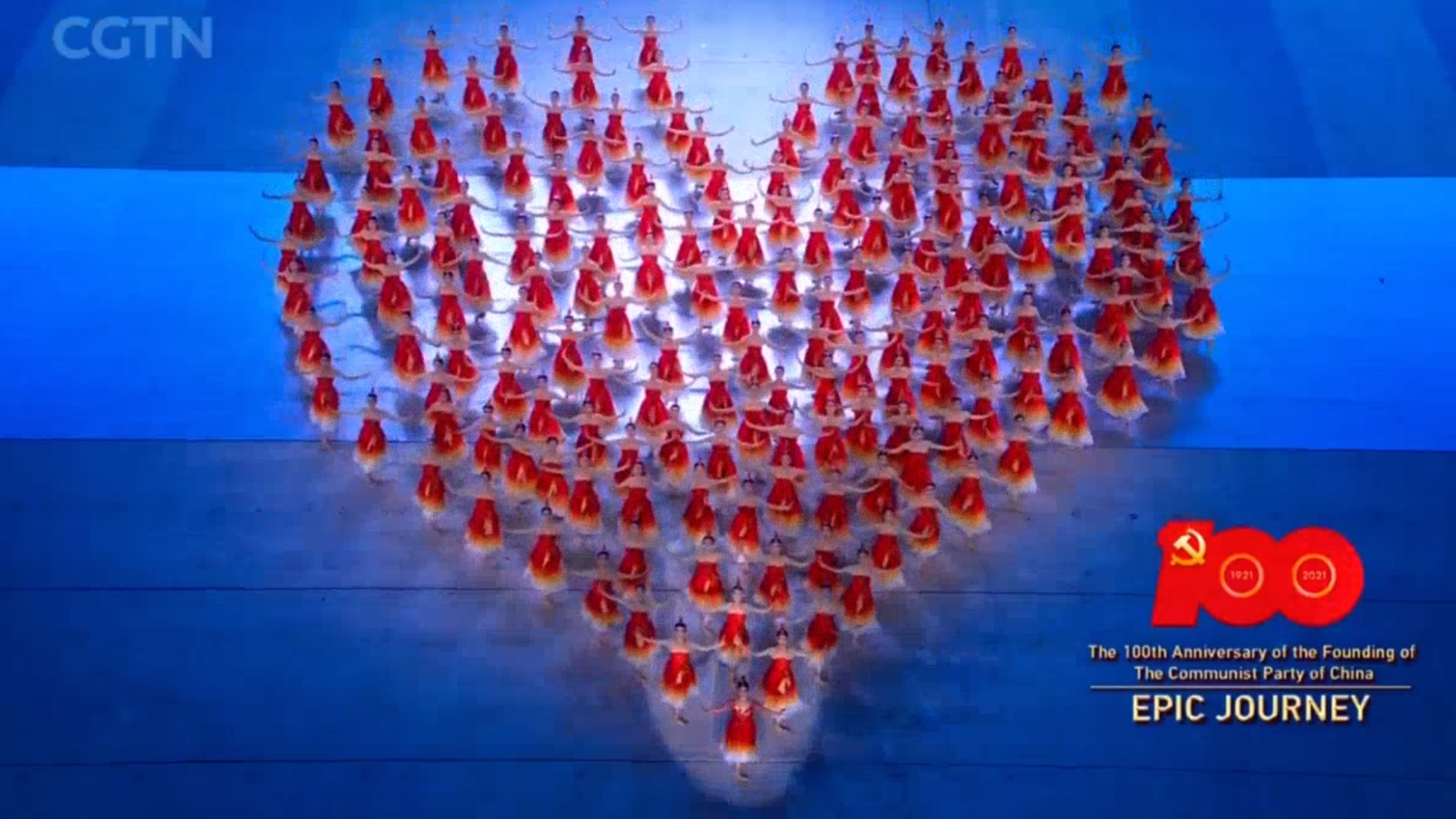 The CPC has always championed cooperation over confrontation, and opposed hegemony and power politics. The concept of a community of shared future for mankind was displayed by traditional instruments and high-tech lights.

"The world's greatness is found in the beauty of harmony and unity," the lyrics of the song "The Beauty of the Harmony of Unity" said. 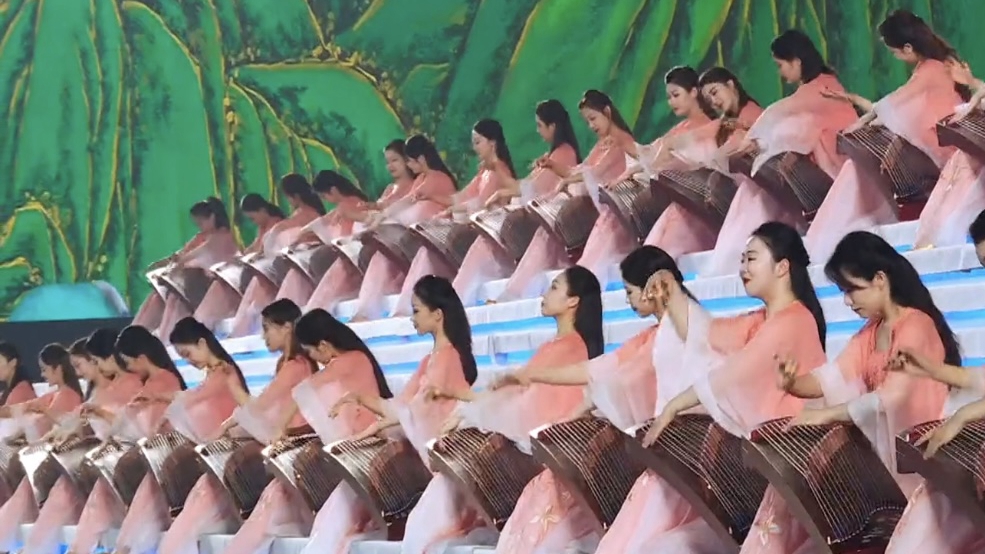 After the performance, all the audience rose to chorus the song "Without the Communist Party, There Would Be No New China."

Important foreign friends, diplomatic envoys and representatives of international organizations in Beijing, and foreign experts were also invited to the event.