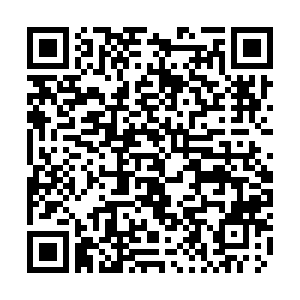 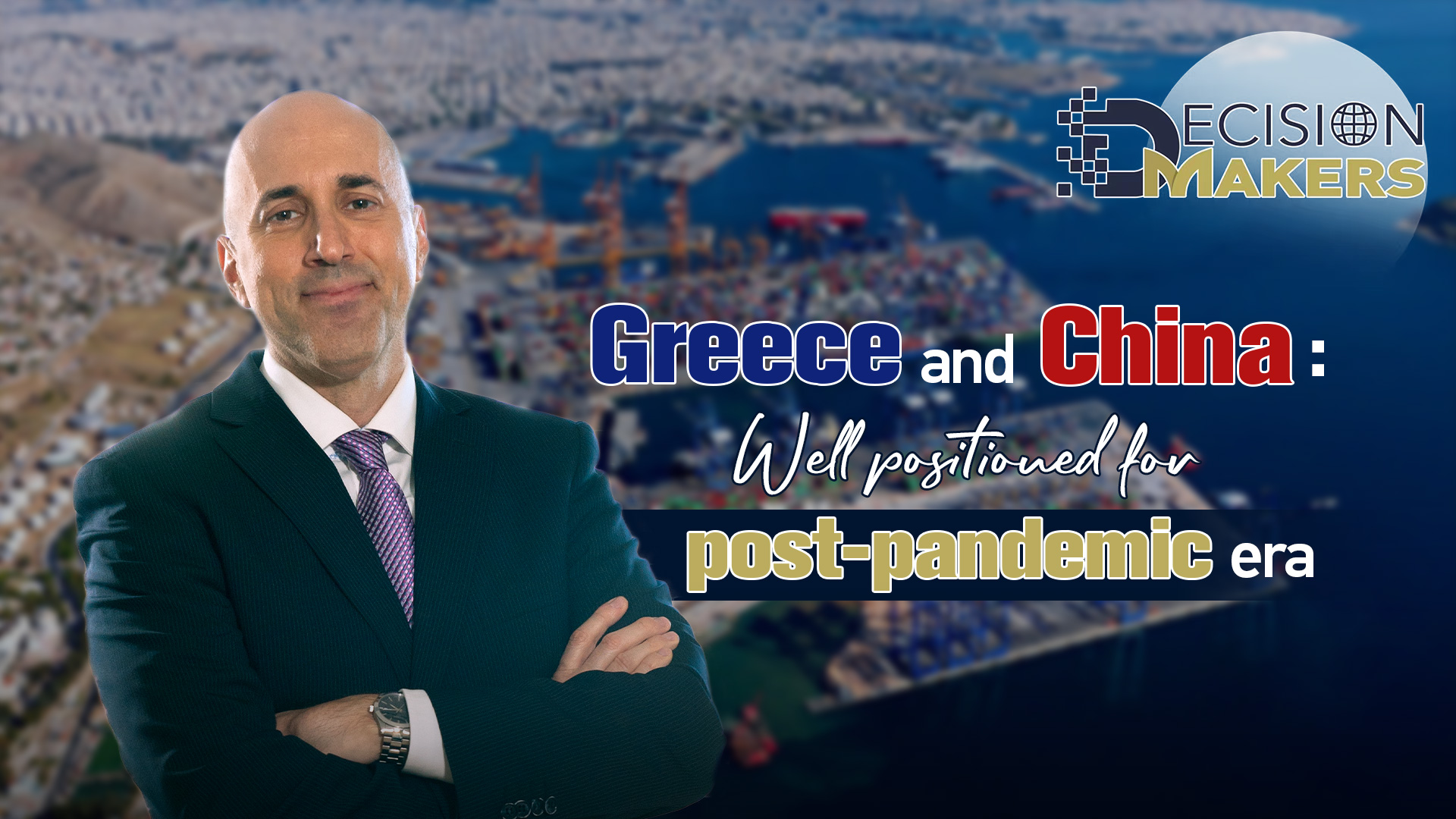 Editor's note: Decision Makers is a global platform for decision makers to share their insights on events shaping today's world. Georgios Filiopoulos is the CEO of Enterprise Greece, Greece's official trade and invest promotion agency, under the supervision of the Greek Ministry of Foreign Affairs. The article reflects the author's views, and not necessarily those of CGTN.

As the world enters a new period of economic recovery, it's worth reflecting on the profound changes we have witnessed in the global economic order in recent years.

The lockdowns, travel restrictions and economic retrenchment of the past eighteen months have touched everyone and changed the lives of many. But even before then, the global financial crisis of 2008, the rise of new industries and the enlargement of the world's trading system have fundamentally altered the way the world operates.

In the last two decades, Europe ushered in a new currency – the euro – and China has emerged to become the world's second largest economy. The internet and mobile technology have networked almost every person on Earth. The value of international trade has tripled to almost $20 trillion. The world is now a very different place from what it was a generation ago.

The coronavirus pandemic has further hastened that change. The global health crisis has taught us the value of online communications and the importance of global supply chains. We have come to appreciate anew how precious human health and wellbeing are. With the recovery that is now beginning, there is a desire to build back better: to exploit the unprecedented lessons of the pandemic and to create a future that is more digital, more environmentally friendly, and more open to international trade.

Our two countries – Greece and China – located at the opposite ends of the ancient Silk Road, are well positioned for that future. Both countries responded quickly to the threat of the coronavirus pandemic, both countries have embraced change, and both countries stand at the center of global supply chains: China as the world's largest exporter, and Greeks as the world leaders in shipping.

In Greece, we have undertaken a profound transformation in the last 10 years. Thanks to an ambitious reform program, the country has restructured its economy and opened up to the outside world. Greece is attracting record foreign investment and witnessing record export growth. Despite the impact on world trade stemming from the pandemic, Greek non-oil exports rose to new highs last year, thanks, in part, to Greek food exports: world famous for their taste, quality and health benefits. 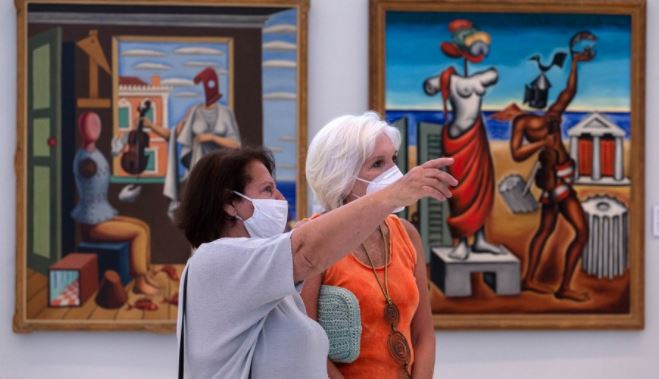 This photo taken on May 14, 2021 shows people visiting the National Gallery in Athens. All the museums in Greece reopen for the public as the strict measures against COVID-19 are lifted, in Athens, Greece, July 2, 2021. /Xinhua

This photo taken on May 14, 2021 shows people visiting the National Gallery in Athens. All the museums in Greece reopen for the public as the strict measures against COVID-19 are lifted, in Athens, Greece, July 2, 2021. /Xinhua

Before the onset of the coronavirus pandemic, the Greek economy had entered a strong growth phase. Our goal now is to resume that momentum. The latest data show we are on the road to recovery: in the first quarter, Greece's GDP expanded 4.4 percent from the previous quarter, one of the fastest growth rates in the European Union.

Investors are responding. Greece is seeing strong interest in key sectors like energy, tourism, property development, privatizations, technology, logistics and infrastructure. Its credit rating is being continuously upgraded and despite the global pandemic, Greece continues to draw leading multinationals like Pfizer, Microsoft, Cisco and Volkswagen. Last year, Greece attracted 3.13 billion euros' worth of foreign direct investment, down from a record high in 2019 but still one of its best years in the last two decades.

In the meantime, Greece continues to reinvent itself. Over the next six years the country will transform its economy by investing in the growth sectors of the future. The National Recovery and Resilience Plan – dubbed Greece 2.0 – that was just formally endorsed by the European Commission, will channel €57 billion into green energy projects, digitalization, health and education.

In the last decade, Greece and China have established a powerful and enduring partnership that has put both countries at the forefront of world trade. It is a relationship that is set to grow further.

Our mutual interests are rooted in our commercial relations. Greek shipowners are leading customers of Chinese shipyards: since 2010, roughly half of all Greek ship orders – an orderbook worth about $50 billion – have been placed in China. On average, Chinese shipyards deliver two new vessels a week to Greek shippers. 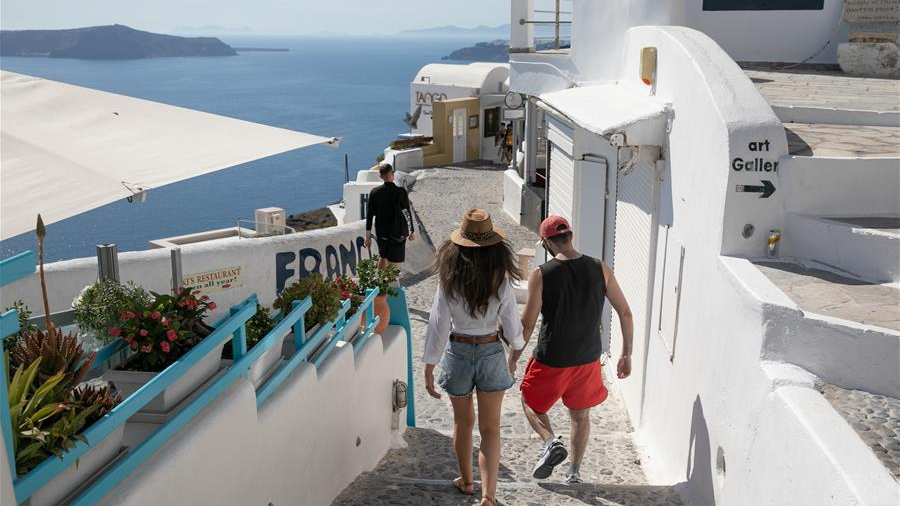 Tourists walk down an alley at the town of Fira on Santorini island, Greece, June 13, 2020. /Xinhua

Tourists walk down an alley at the town of Fira on Santorini island, Greece, June 13, 2020. /Xinhua

In the past 10 years, Chinese shipping giant Cosco has also transformed the Port of Piraeus – Greece's largest port – into the busiest container facility in the Mediterranean and one of the top five in Europe. The port is now one of the showcase success stories of the Belt and Road Initiative. Cosco is now proceeding with a further 600-million-euro investment plan to upgrade the rest of the port, including new cruise ship, warehouse and hospitality facilities.

Building further on Greece's tradition in shipping and the country's strategic location at the crossroads of three continents, COSCO is also investing in new logistics and rail projects. Under the Greek government's infrastructure masterplan, 13 billion euros will be invested in the next decade in road, rail, port and airport infrastructure to establish Greece as the number one transport and logistics hub for Southeast Europe.

As Greece and China move forward, both hold the keys to future economic prosperity – based on open markets, free trade, investment and innovation. And with our shared commitment to international trade, both Greece and China are well positioned for the recovery to come.

But ultimately, the relationship between Greece and China rests on our mutual respect for the rich history and culture we both share. And our long histories have taught both Greeks and Chinese how to adapt. For, as the ancient Greek philosopher Heraclitus famously said: "There is nothing permanent except change."