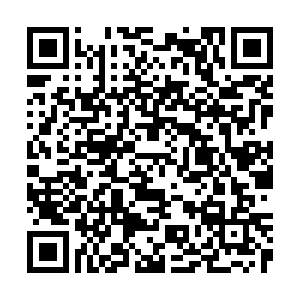 Foreign media outlets around the world have praised China's remarkable achievements under the leadership of the Communist Party of China (CPC), saying that the CPC with incredible feat is looking ahead to its second century.

Economics in January has pointed out that the CPC rescued China from a "century of humiliation" at the hands of foreign powers that began with the Opium War of 1839.

"In modern times, China's people have never been richer, its industries more advanced and its military stronger," Nikkei Asia said on Tuesday.

Nikkei Asia commented that the CPC's centenary anniversary "arrives at perhaps the most confident moment in the history of the party and the People's Republic, formed in 1949 after the Communist's civil war victory."

The report also said the saying "The East is rising; the West is declining" has gained popularity in Beijing this year, reflecting a country brimming with confidence.

The CPC's people-centered philosophy is believed to be a key factor in China's success in the past and continuous development in the future.

The CPC "is thinking every day what can [be done to] improve the people's living standards, the equality, [and maintain] sustainable development," Szejna was quoted by Rzeczpospolita as saying.

"I think it's an experience [we can learn] from China, how to do it, the distribution, [in an] equal and just [way]," Szejna added.

Foreign media have also cited two sets of polling data to demonstrate the solid political base and mass foundation of the CPC.

According to a survey published on The Washington Post in May, Chinese citizens' trust in their government rose to 98 percent, while last July's Harvard study unveiled that the CPC enjoys the highest rate of support and satisfaction among the Chinese people, at over 93 percent.

In earlier remarks in Russian newspaper Pravda, the leader of Russia's Communist Party Gennady Zyuganov said the most important reason for the CPC's success is that the Party is good at learning from history as well as from the Chinese people.

He said the CPC made its own choice in embarking on the path of China's renaissance as it knows best the country and the creativity of the Chinese people.

The Guardian in an opinion piece published on Tuesday praised the CPC for acting flexibly at key points such as turning to the peasantry as the agents of revolution and embracing the market.

"Many people have bet on the Party's demise and lost," the Guardian said.

(Cover: A national flag-raising ceremony is held at Tiananmen Square during a ceremony marking the centenary of the Communist Party of China (CPC) in Beijing, capital of China, July 1, 2021. /Xinhua)